It makes sense: find the food that predatory fish like to eat and those hunters shouldn’t be too far away!

If you hang around other anglers long enough, you’re sure to hear the expression, ‘find the bait and you’ll find the fish,’ or some version of it. This concept is especially well established in the ranks of offshore fishers chasing tuna, billfish and so on, although it’s also a popular concept with many inshore and estuary anglers, and even amongst some savvy freshwater fishers.

It makes absolute sense when you think about it. Just as lions will shadow herds of wildebeests and other potential prey across the vast African veldt, so predatory fish tend to follow concentrations of pilchards, krill, squid or other so-called ‘bait’ in the aquatic world.

Naturally enough, the actual definition of ‘bait’ varies, depending on where you fish and what you hunt. While anchovies, sprats, pilchards, garfish and whitebait are all obvious contenders for the title of ‘bait’, it’s worth remembering that larger predators can consume surprisingly hefty prey. Billfish, for example, can swallow items weighing at least 10% of their own body mass. So, for a big, bruising blue marlin, the sort of yellowfin tuna most of us would be happy to target on light or medium tackle is little more than a snack! 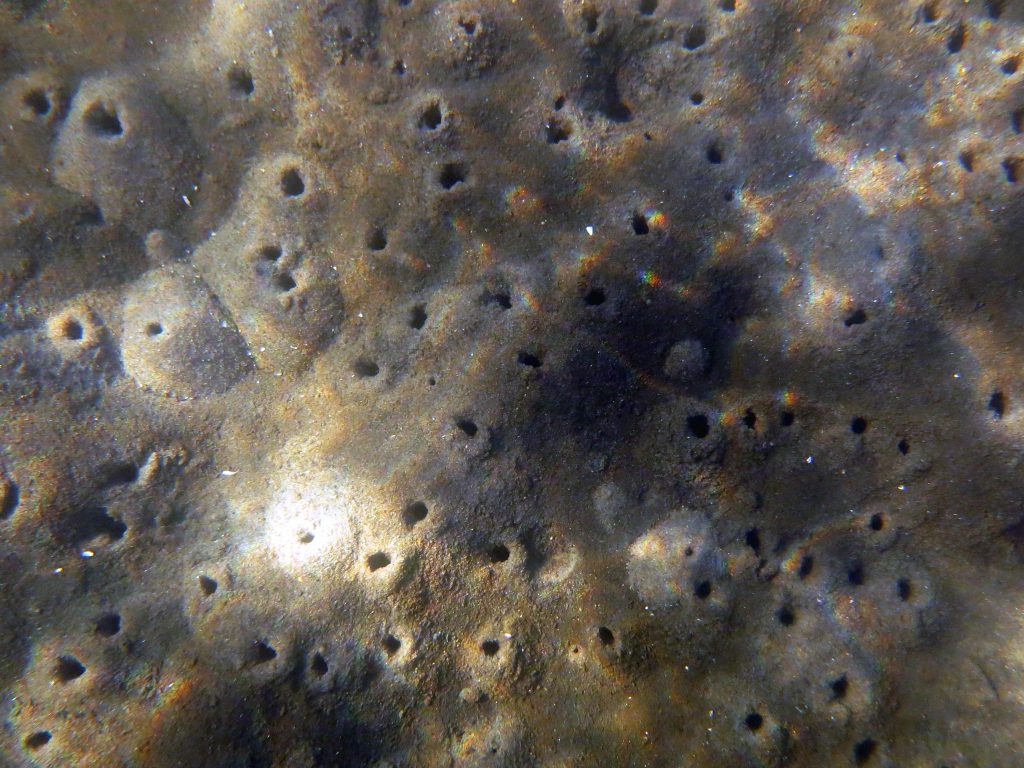 The presence of worm burrows and yabby or nipper holes on an estuarine tidal flat is a strong indicator that feeding fish won’t be too far away. 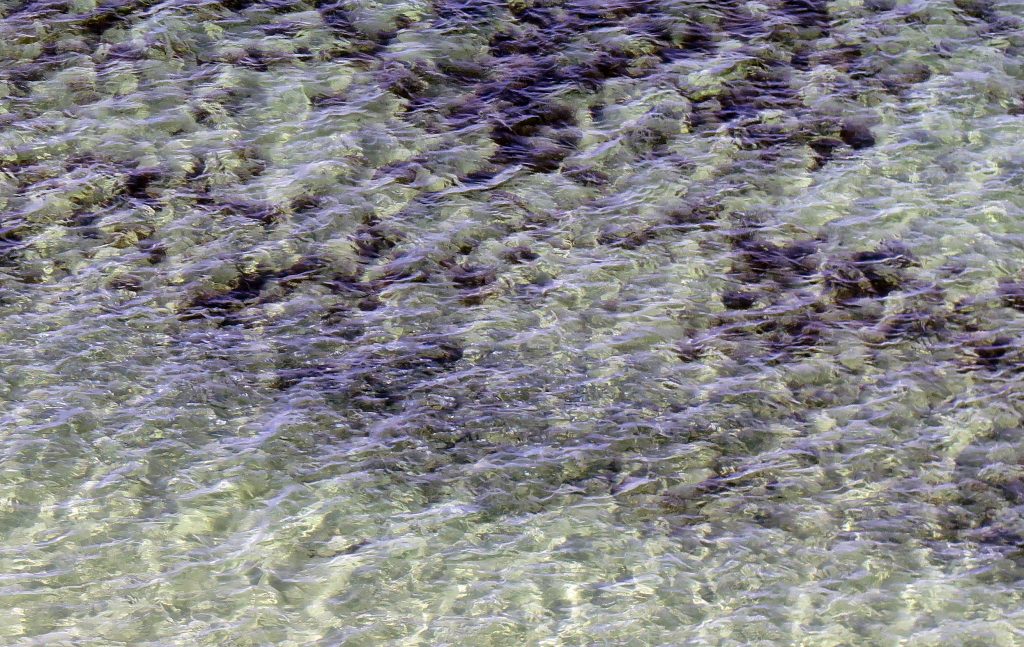 Here’s a closer look at a baitfish school. 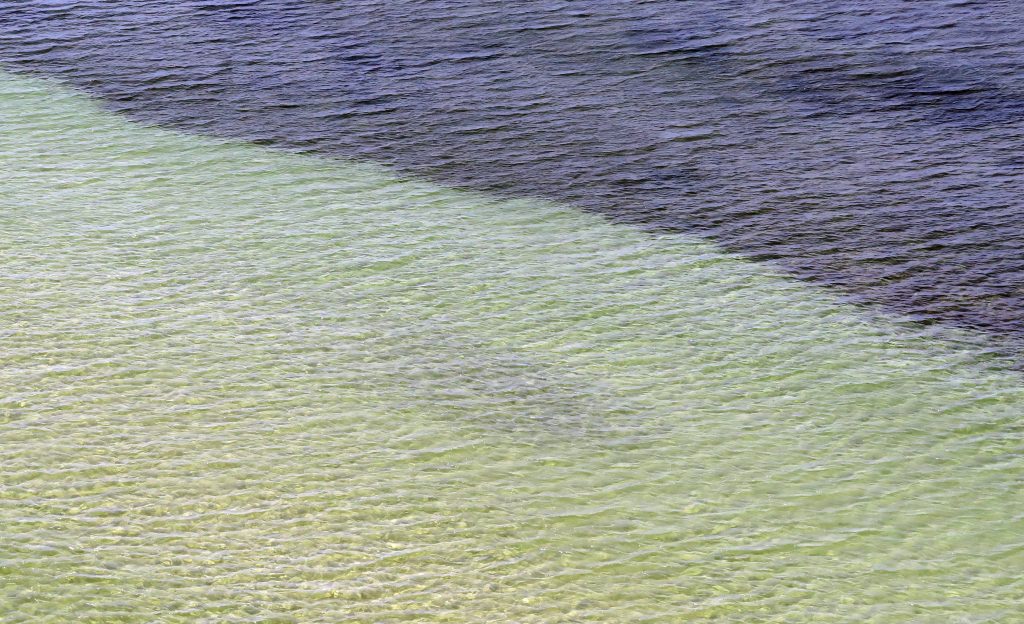 Schools of baitfish aren’t always easy to spot. Can you see the patch of bait over the sand? 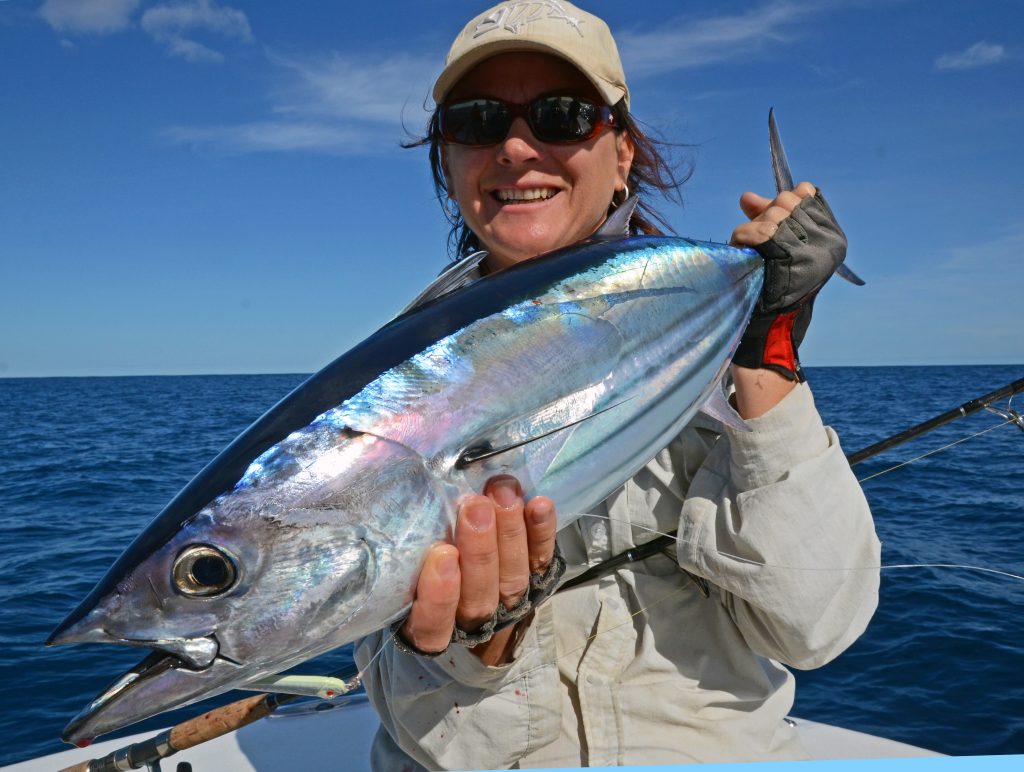 One angler’s proud catch is another angler’s bait. This handsome skipjack or striped tuna would be little more than a snack for a big marlin.

Some predators also favour certain prey types over others. We’ll probably never know for sure whether this preference has to do with the actual taste and texture of the food, or its availability and familiarity. Whatever the reason, some predator/prey relationships are well-known. These include GTs (giant trevally) and fusiliers, mahimahi (dolphin fish) and flying fish, blue marlin and skipjack (striped tuna), yellowtail kingfish and squid, mulloway (jewfish) and small tailor, barramundi and popeye mullet, or even trout and mudeyes (dragonfly larvae) in freshwater environments.

Smart anglers recognize these hardwired, predator/prey relationships and respond by seeking out concentrations of those preferred food items when hunting their chosen target fish. They also use those favoured prey items as bait (alive or dead), or attempt to closely imitate them with their lures and flies. This is one of the core tricks that separates the ‘10 percenters’ (that small portion of the fishing community who catch most of the fish) from the rest of the pack – the anglers from the danglers, if you like!

Intelligent observation and an understanding of core predator/prey relationships is a skill worth honing. It will definitely make you a better and more consistently successful angler, wherever you choose to cast a line and whatever species you chase. It all begins with simply opening your eyes and your mind to what’s going on all around you… and looking for the bait.

The allure of modification

by Dan Kaggelis • It’s hard to find an angler that doesn’t love lures. The prospect of flicking out an artificial offering and fooling a fish into feeding is hard to beat. While lure fishing […]

by Gordon Macdonald • Over the last few years, slide baiting has become a popular technique for anglers targeting large game from the beaches and rocks. This technique basically allows you to deploy a large […]