by Gary Brown •
Some anglers I’ve known over the years argue against catching luderick. They say, ‘it’s boring to watch a float for hours on end,’ or, ‘they taste terrible,’ and worst of all – ‘you only go luderick fishing when you get old!’ How wrong they are!

I was late to come to the luderick chasing party. I was fourteen years old when I had my first ever experience chasing luderick off the rocks at a place called Black Rock at Gerroa. My passion for chasing luderick has grown to a point where every opportunity I get to test my patience out against a few luderick I jump at. No matter where I target them – off the rocks, in the estuary, from a boat or offshore – where there are luderick, you will find me. A few years ago I even fished for them in a concrete open storm water drain in Sydney Harbour.

Pound for pound, luderick would have to be one of the greatest scrappers around. They will turn you and your tackle inside out with deep lunges and never give up the fight. This is why you need to have quality tackle to help you get a few of these delicious tasting fish into your keeper net. 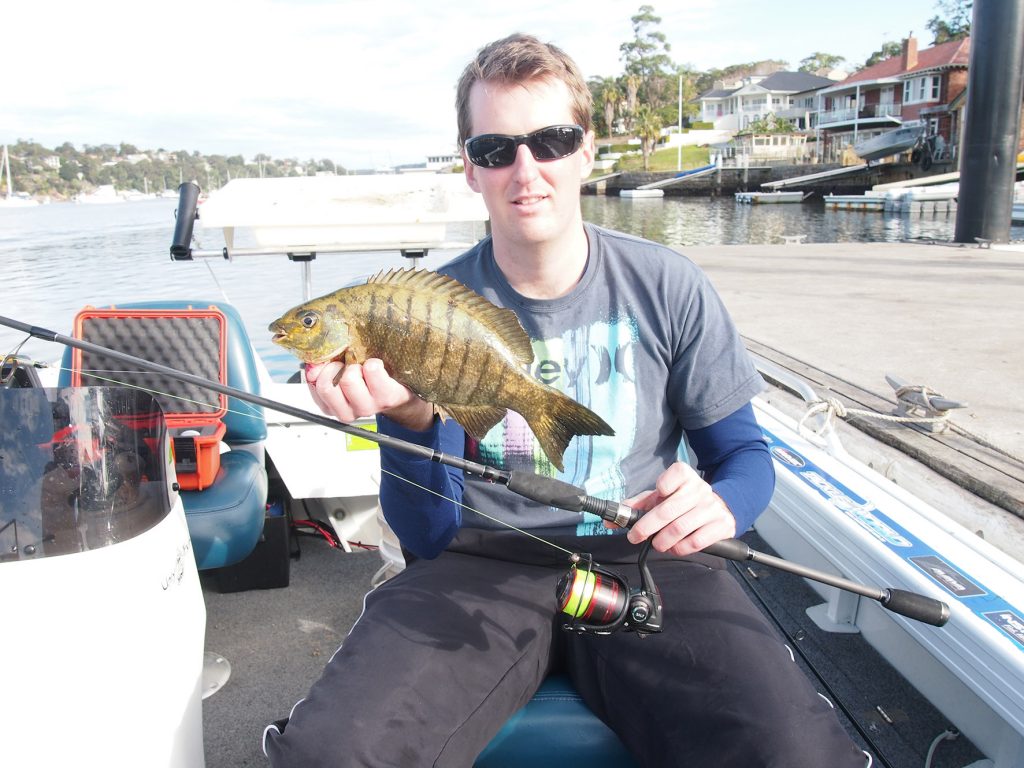 Andrew Humphries’ first ever luderick on his first attempt. 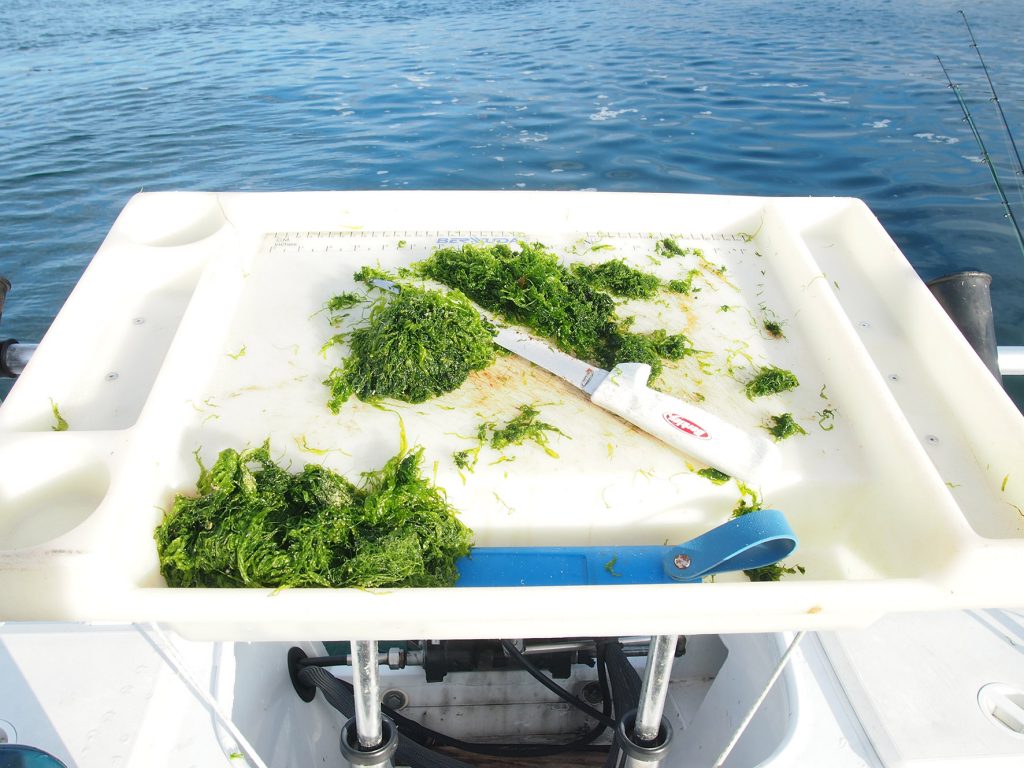 When you gather your weed or cabbage remember to take only enough for your bait and berley. 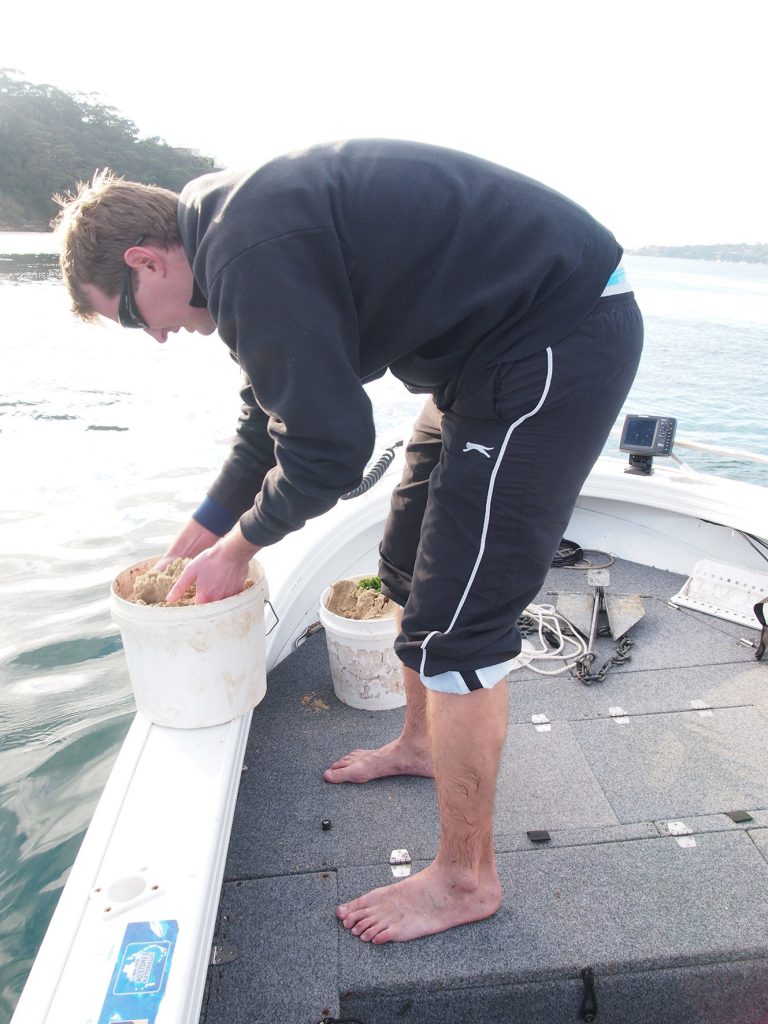 It’s handy to have a couple of 20L buckets to mix up your berley. 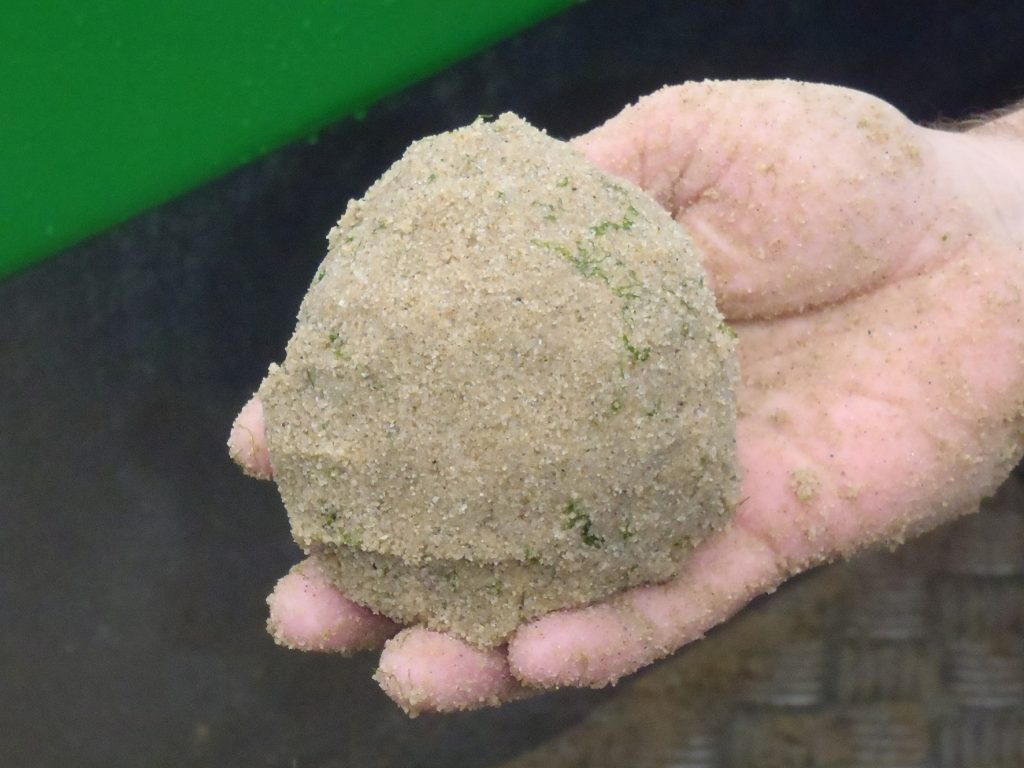 You need to have berley balls when targeting luderick. 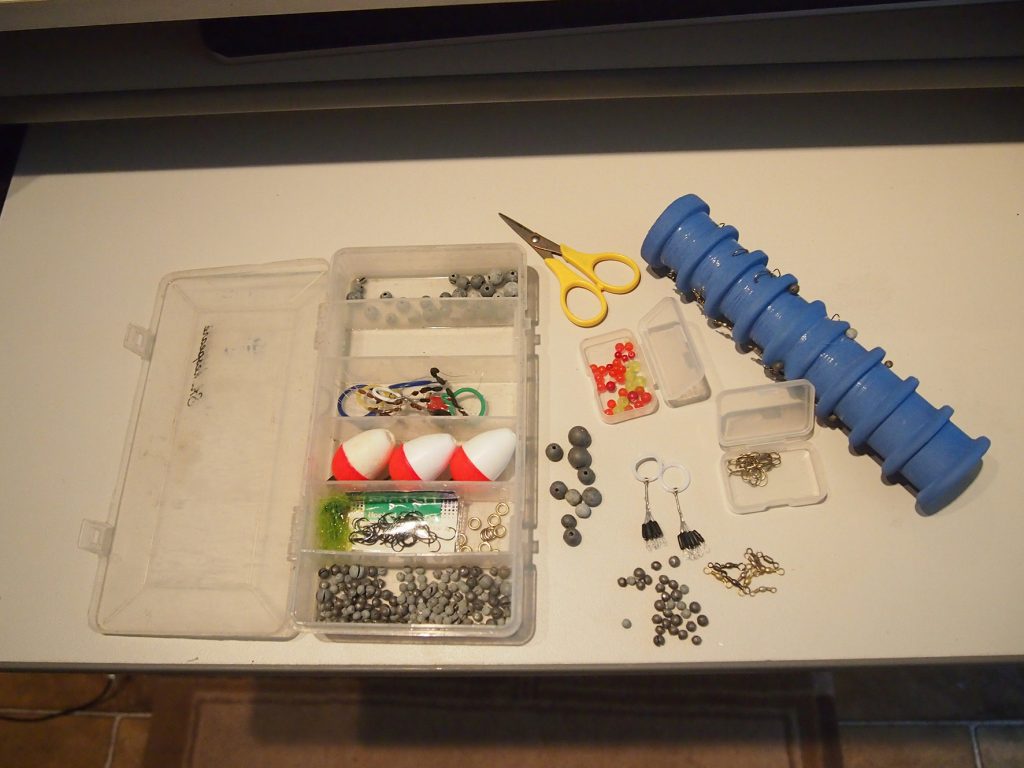 When it comes to the terminal tackle, all I have is a small plastic box that has small split shots, 000, 00, 0 ball sinkers, small plastic beads, small swivels, short shanked 8 size 8-12 hooks, plastic float stopper breads, small brass rings, scissors and a few small bobby corks. I have a rubber spool that has a prevision for 8 pre-rigged sets of terminal tackle. I also have a variety of stemmed floats for off the rocks and in the estuary. 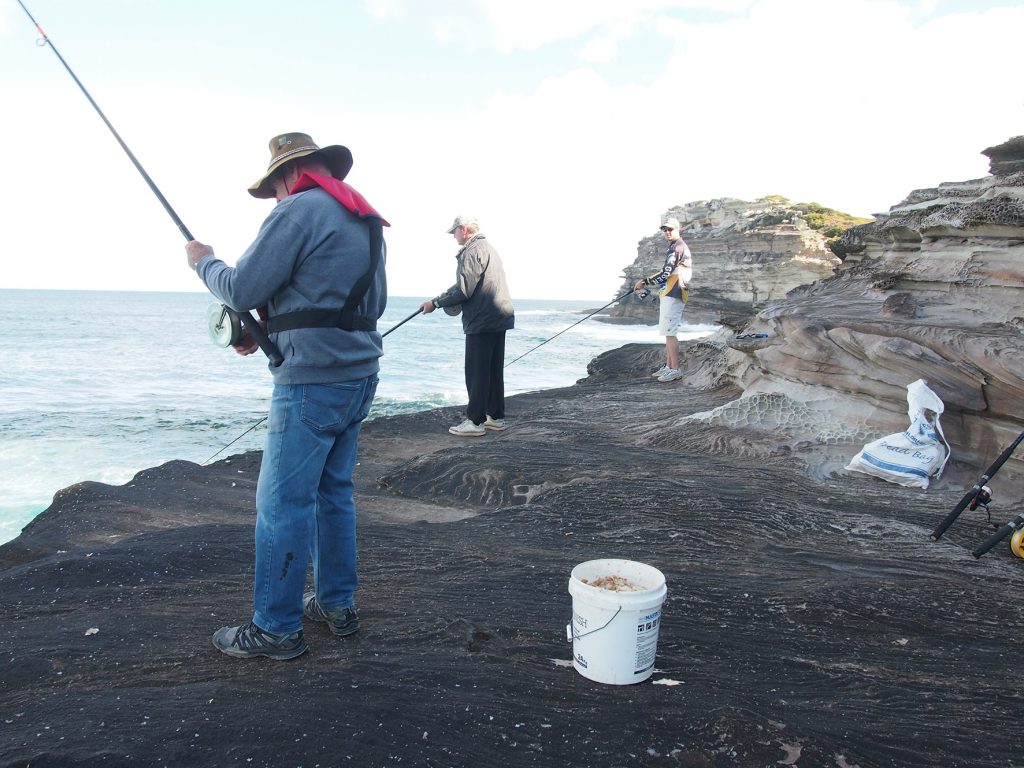 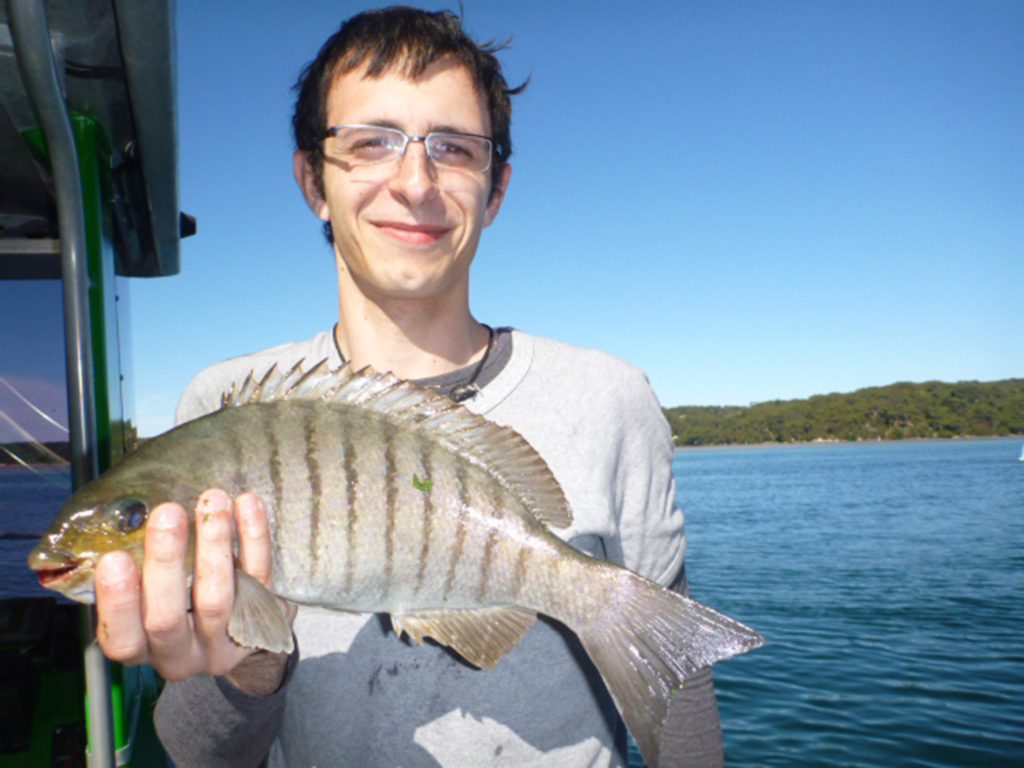 Check out those magnificent stripes and little smile on this luderick.

A quality catch of luderick by this group of anglers. 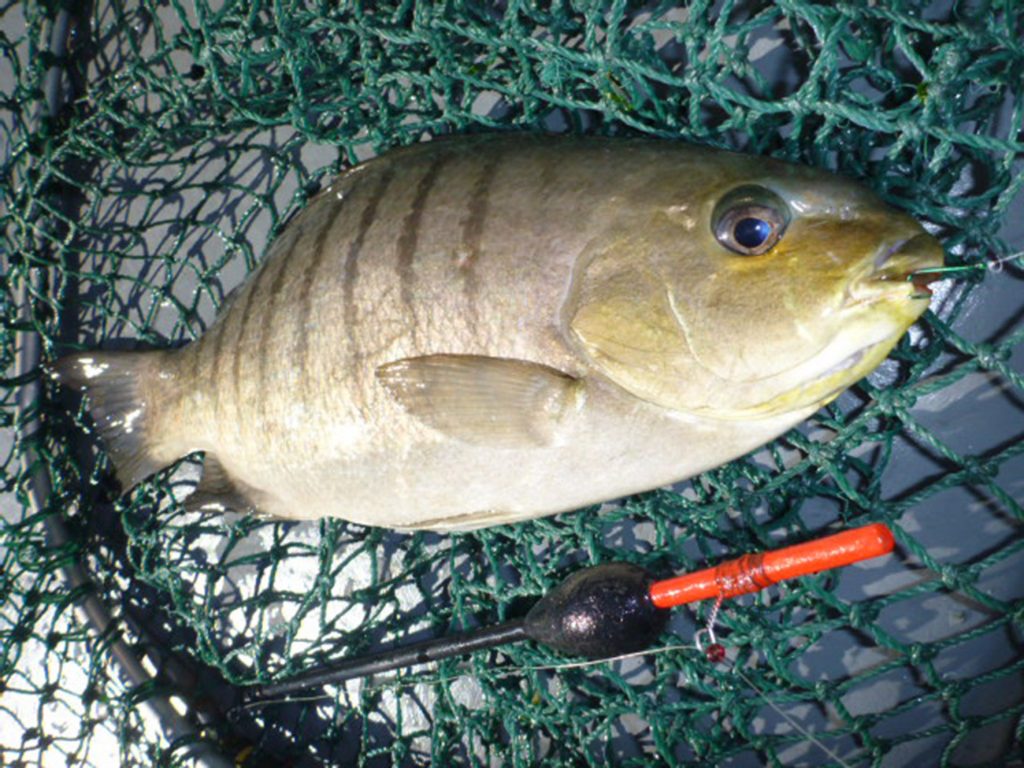 Luderick are a striking looking fish out of the water. 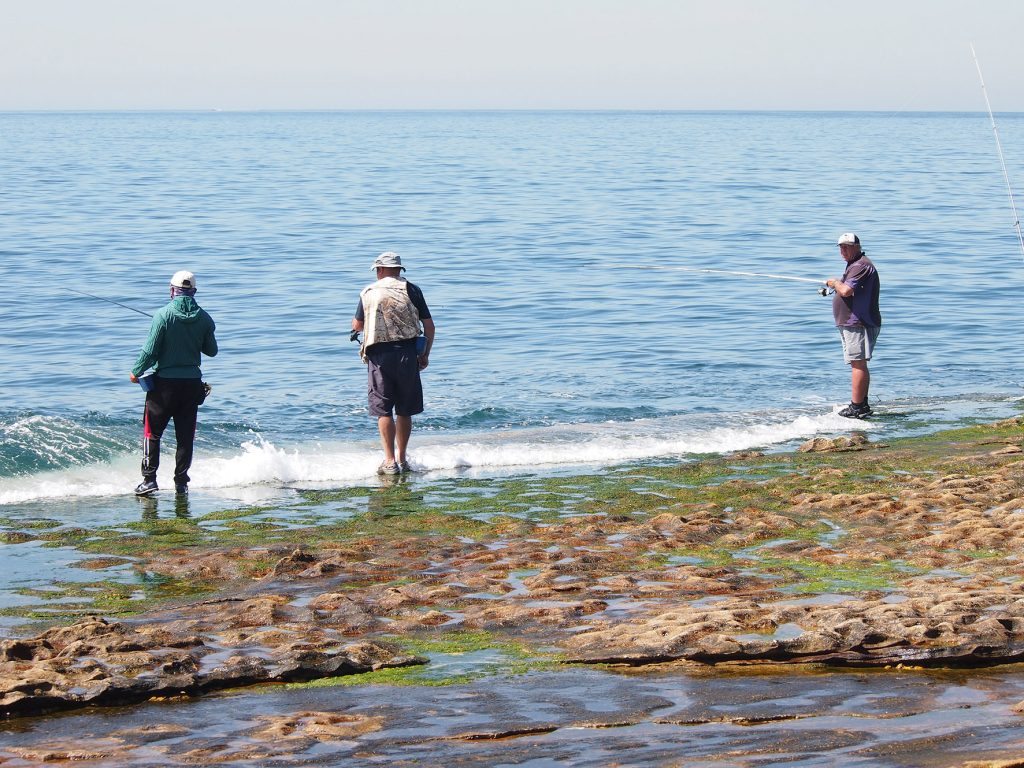 Make sure that when you fish off the rocks you have someone with you – and don’t forget the correct foot wear. 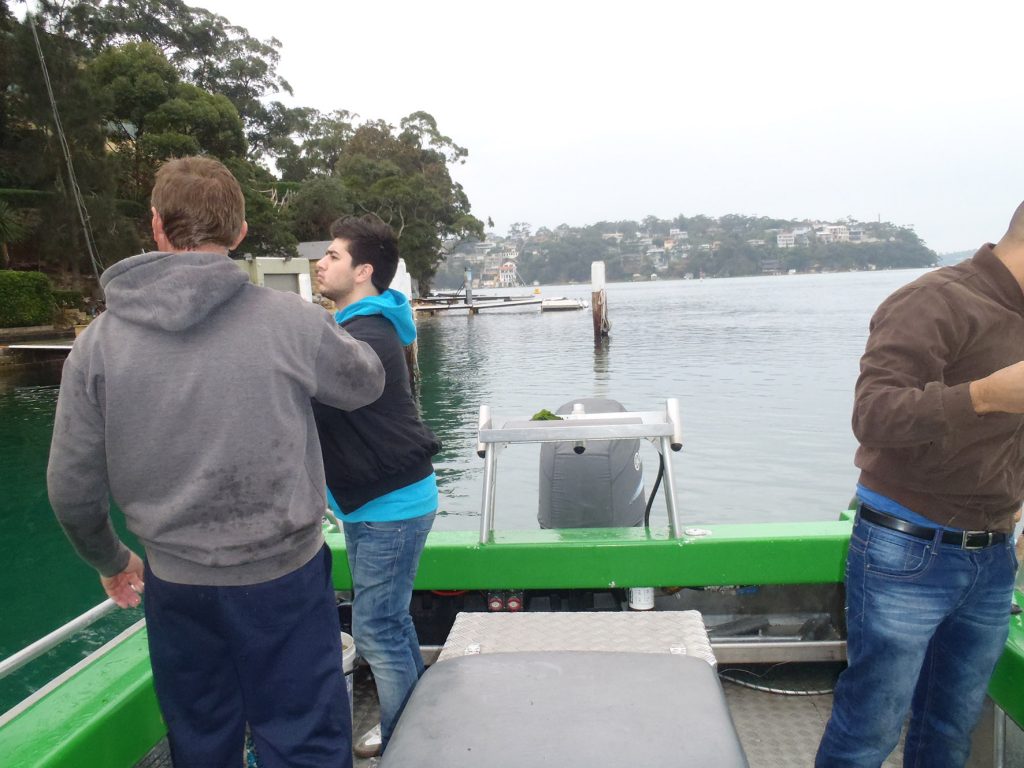 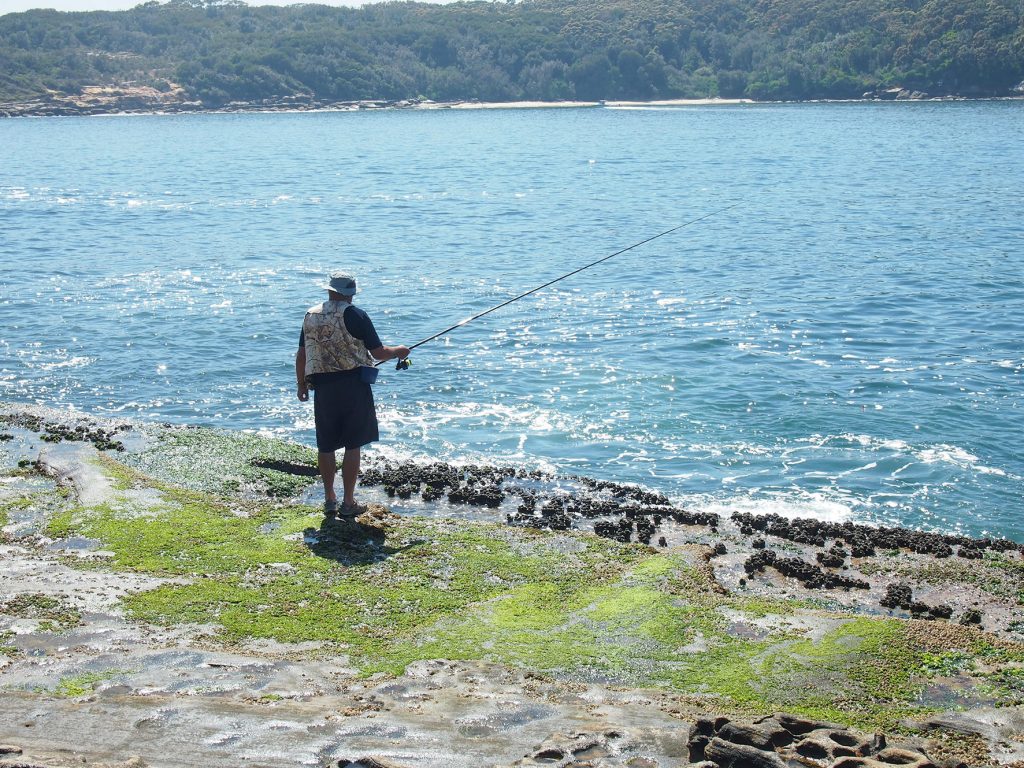 When trying to work out where the luderick are you should look for cabbage and cunjevoi off the rocks. 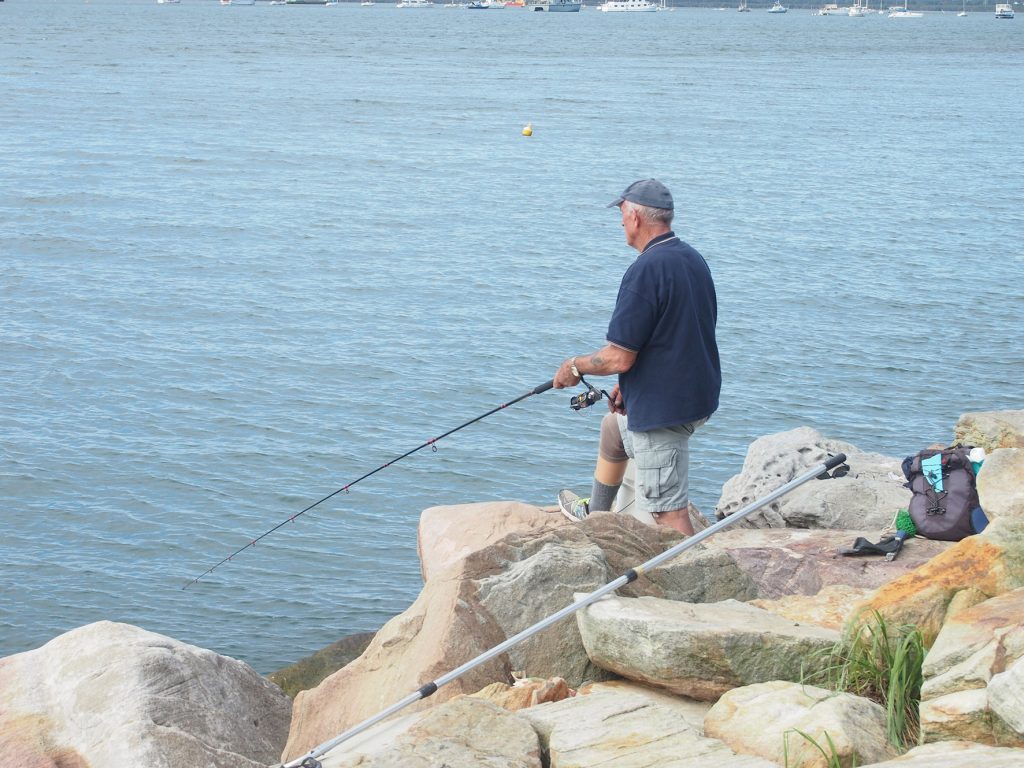 This angler has his long handle net at the ready while patiently watching for his float to go down.

The Bruce Alvey Special, 3-5kg, 3.6m mounted with an Alvey Beach Classic 625B side cast reel spooled with 6kg Sunline Fine Float mainline and 6kg Berkley Trilene fluorocarbon leader. This outfit is used for fishing off the rocks when I need a bit more muscle to get them out.

The Shakespeare Sling Shot, 10-6”, 2-5kg, mounted with a Pflueger Salt P5040 threadline spooled with 6kg Sunline Fine Float mainline and 3-5kg Berkley Trilene fluorocarbon leader. This outfit is used to fish off the rocks where I can use the wash to help me land the fish. This setup also works out of a boat in the estuary and when fishing from the shore in the estuary when you need that bit of extra length in the rod.

The Shakespeare Catera 9ft, 1-4kg rod mounted with a Shakespeare centrepin reel and spooled with 4kg Sunline Fine Float mainline and 2-4kg Berkley Trilene fluorocarbon leader. This outfit is used to fish either out of a boat in the estuary or off a wharf or rock wall.

Snyder Glas Mag Bream 136, mounted with an Alvey 56B side cast reel spooled with 6kg Sunline Fine Float mainline and 2-4kg Berkley Trilene fluorocarbon leader. This outfit is used off the rocks when I can wash the fish out, and off the shore in the estuary when I need extra length in the rod.

When it comes to the terminal tackle, all I have is a small plastic box that has small split shots, 000, 00, 0 ball sinkers, small plastic beads, small swivels, short shanked 8 size 8-12 hooks, plastic float stopper beads, small brass rings, scissors and a few small bobby corks. I have a rubber spool that has a prevision for 8 pre-rigged sets of terminal tackle. I also have a variety of stemmed floats for off the rocks and in the estuary.

Now that you have an idea of what tackle you need, you will need a few simple but extremely effective techniques that will make your next luderick outing a successful and enjoyable one.

I cannot stress enough that when targeting luderick, you need to have a small but steady stream of berley not only to attract fish, but to keep them in the area you are fishing. To make berley for the estuary all you need is a 20kg bucket of dry to moist sand, four to five handfuls of finely chopped up green weed, and a loaf of white sliced bread.

Fill half the bucket with sand and then add half the green weed and half the white bread and some water and mix. Once this is done, add the rest of the sand, weed and bread and a little bit of water so that when you hold a ball of berley in your hand it’s not sloppy and running through your fingers.

Another good trick to save you time when targeting luderick is to pre-make a few leaders at home and store them on a rubber spool. I usually make up 8-10 that have a swivel, a metre of fluorocarbon leader in 2, 3, 4, 5 and 6kg of about a metre in length with a hook attached and evenly spaced spit shots. Then if I do get snagged or break off due to losing a big luderick it’s just a matter of tying on a new one.

If you have never targeted luderick before, one of the hardest things to get correct is when to strike. Should you strike too early you might miss the fish and if you leave it too long the luderick will have eaten the weed or cabbage and once again you’ll have missed the fish. My golden rule when it comes to striking once the float tip has gone under the water, is to slowly count to three and then strike with a slow, but steady lift of the rod. Most of the time this will connect you to the fish.

Now that you have enough information on how to get among a few luderick you’ll want to know where to find them! Rather than give you a whole list of spots to go I found plenty of information on the NSW Museum website that identifies where in Australia to target luderick, their feeding habits and how they school. Scan the QR code to check it out or visit http://australianmuseum.net.au/luderick-girella-tricuspidata.

Look after your catch!
Last, but by no means least, if you don’t look after your luderick after you have put all that effort into catching one you will find that the taste of the fish will be terrible. Quite often I see bags of luderick in keeper nets over the sides of boats or crowded into a bucket while still alive. This stresses the fish out. My suggestion is that once you have caught a luderick and you are going to eat it you need to quickly kill it, put it into your net or bucket and keep it out of the sun. Once I have caught enough for a feed I will either scale and fillet them or just fillet and skin them. Lightly cooked on the BBQ or in a shallow pan, the luderick would have to be one of the sweetest fish you will eat.

Well, there you have it! A few tips on how to make your next luderick outing a successful one and remember – patience is a virtue when it comes to fishing for luderick.

by Paul Martin • Catching luderick with weed flies is a relatively new approach that is more often used with traditional techniques. In many instances it has been proven to be more productive than using […]

by Paul Lennon • The humble luderick is a fantastic fish to target, especially during the cooler months when they are at their most prevalent. This time of year they can be found schooling up […]

Mastering the art of casting for cod

by Rhys Creed • Casting lures is becoming more and more popular, and in some locations it’s starting to overtake the once go-to method of trolling. Don’t get me wrong, trolling is a very successful […]