Tuna stocks in south western Victoria have soared over the past 7 or 8 years; so much so that they are a viable target year-round. Even this summer, a school of sizeable tuna showed up in the Port Phillip Heads, so it’s fair to say that our southern coastline is set to explode with southern bluefin.

While there are months when they are fewer in numbers and more challenging to locate, they are still a possibility if you’re willing to put in the time on the water.

A typical tuna season tends to begin around February for Victorian anglers and runs though until the June to July period when the Southern Ocean decides it’s time to show anglers what it’s made of with huge ocean swells and freezing conditions. Still, there are days when all is calm and if you want to head out in search, the tuna will be more than willing to eat your lure spread.

The heart of tuna season though is March, April and May. During this time the boat ramps at Warrnambool, Port Fairy, Portland and Port MacDonnell become increasingly busy. Due to this increase in numbers, it’s common for southern bluefin to be caught as far east as Wilsons Prom and Phillip Island in Bass Strait, as well as out from the Port Phillip Bay Heads.

I have no doubt that this season will be unlike any other and as long as you’re rigged and ready, catching tuna with a bunch of mates is certainly a lot of fun.

Fishing out in the ocean – more importantly, the Southern Ocean – for bluefin tuna is not just about having all the big flashy gold reels, expensive rods and tonnes of lures – it’s about safety. While it is a good idea to be set up right to catch them, the priority should be checking over and making sure your boat and everything required for being safe on the water is in check.

Over the past few years quite a number of boats have had some misfortune at sea. With ocean swells and weather conditions that can change rather quickly, making sure everything is in excellent working order before departure is paramount.

Checking over your safety gear regularly can quickly open your eyes up to issues. You’ll find out of date flares, rusty radio antennas, flat torch batteries, life jackets/vests that require servicing and more. Of course, this leads to further checking over your boat trailer. Though all this safety gear does require checking, having your boat serviced is also vital as the last thing you’d need is to break down 60km from the boat ramp and have to be towed in, which can take hours and be unsafe for all on board while waiting for the coast guard to turn up.

The Southern Ocean can be very mean and nasty at times and, without prior knowledge of the area, can get you into strife no matter how experienced you are.

We all use many apps on our mobile devices these days to check the weather prior to heading out and apps often contradict each other, so don’t just rely on the one. In fact, you really should have a few on your smart phone so you can look at each and make the safest decision on whether to head out or not. While there are countless weather apps available, switching between WillyWeather, Seabreeze, Windfinder and Weatherzone should give you enough information to make the right decision.

Tuna don’t really live by any rules; in fact they just make up their own when they want to they show up anywhere along the coast and at any time. However, tuna are still predictable and from February to July they are in abundance throughout the West Coast.

For almost a decade, southern bluefin tuna have been a highly sought-after species for Victorian recreational anglers and over the past few years angler numbers have slowly declined in targeting them. In saying that, with sporadic schools of tuna over 100kg turning up, those that have cut their teeth chasing fish in the 10-25kg bracket wait until the barrels show up and then head down for one or two days to try their luck at a monster – some are successful and others aren’t.

It’s a lot of fun to tangle with a beast and honing your skills on the smaller models is too. Throughout the three prime months, schools of fish move into different depths of water with a lot of fish closer in to shore. This allows anglers with smaller craft easy access in the right conditions to catch their quarry without needing to head out into the deep blue.

March, April and May are great times to be working in close, especially around Lawrence Rock and just beyond in an easterly and southerly direction out to 50m. Even then, a popular location to find schools of fish is in close around Cape Bridgewater. Often schools of fish round up bait just in under the lighthouse, allowing anglers to work the area and pick up a good catch of fish. Keep in mind that just because you’re targeting school fish, doesn’t mean there aren’t fish of over 100kg about – always prepare your tackle for the just-in-case scenario.

It’s always nice to lighten your tackle to 15kg to chase fish in the 10-25kg bracket, but it’s common to hook into much larger fish and on 15kg, you could be under-gunned. In an ideal world fishing 24kg is a safe bet, however if you still hook into a barrel, you’ll really have a battle on your hands but you can’t have the best of both worlds, so you just have to suck it up and be happy to fish light. Have fun knowing that you could lose a big fish or fish a bit heavier, have a mediocre fight on smaller fish and be thankful if a barrel comes along. 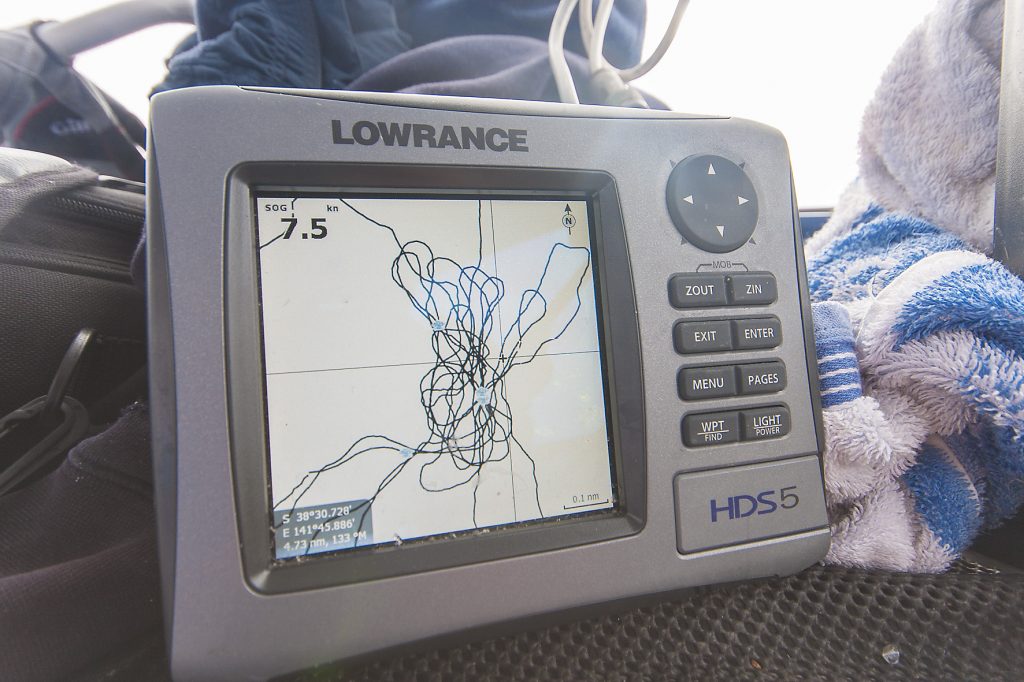 When you do get a hook-up, continue to work the area. Don’t leave fish to find fish. 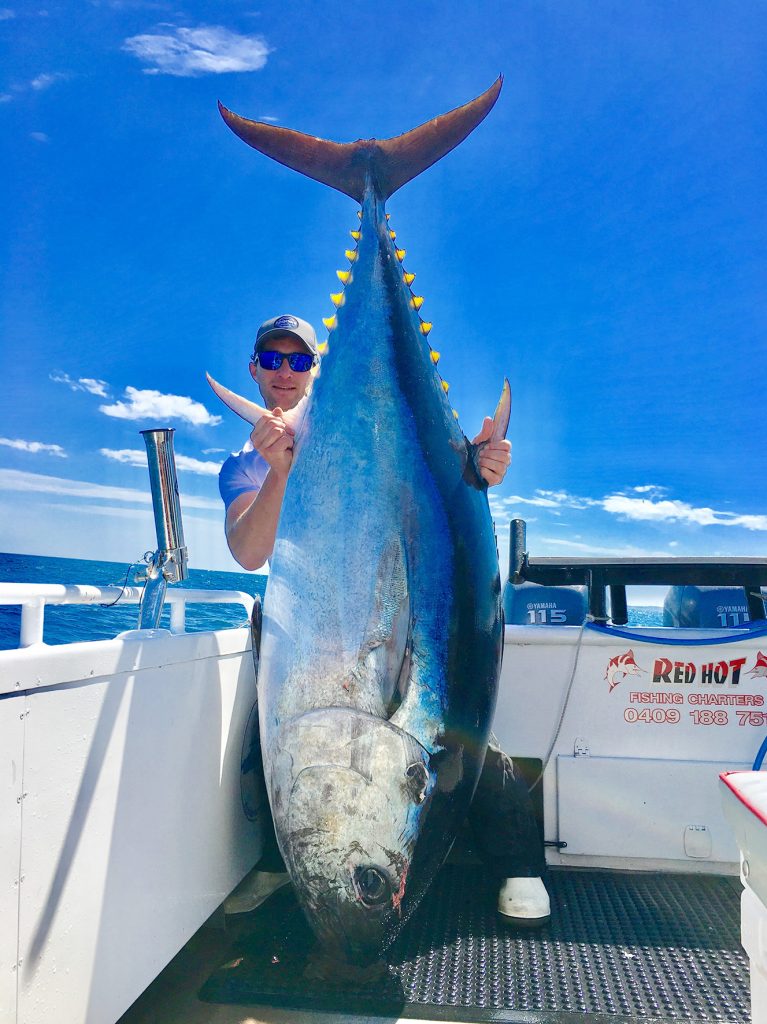 When the barrels are about, get ready for some serious action. Photo courtesy of Simon Rinaldi. 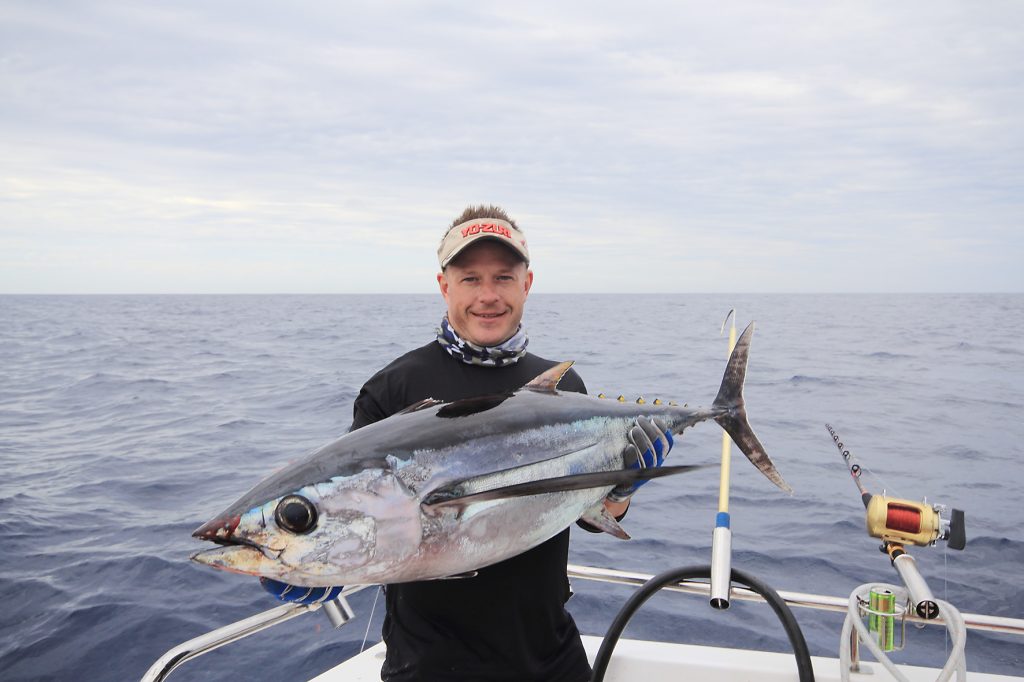 It’s not just southern bluefin that are caught. There are some monster albacore as well. 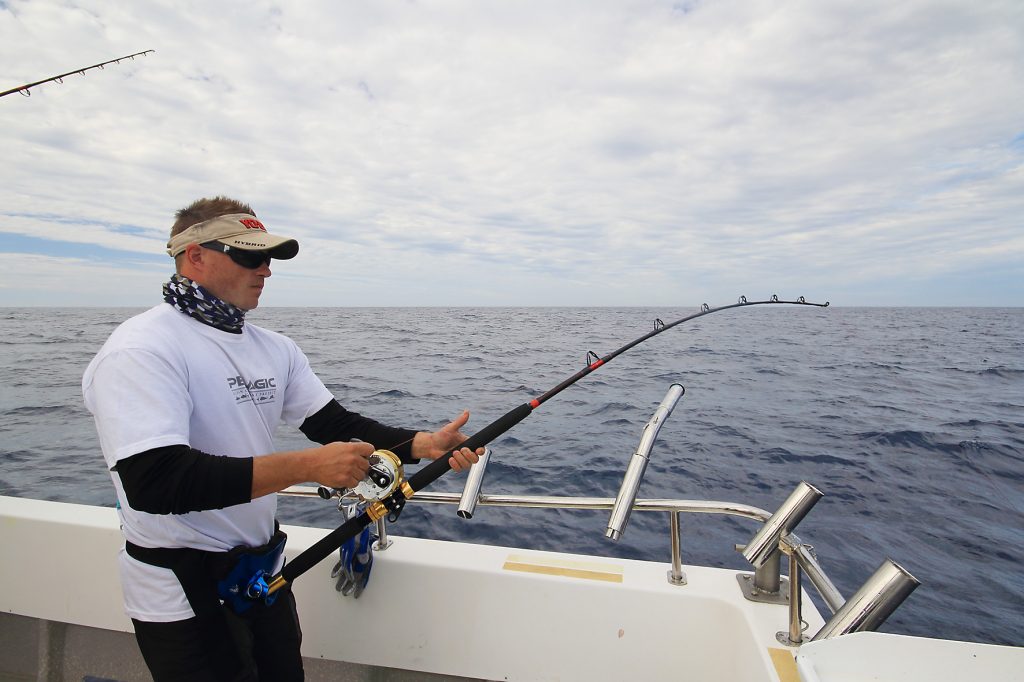 When fighting tuna, don’t be in a hurry to get them in. Just take it easy and enjoy the rush. 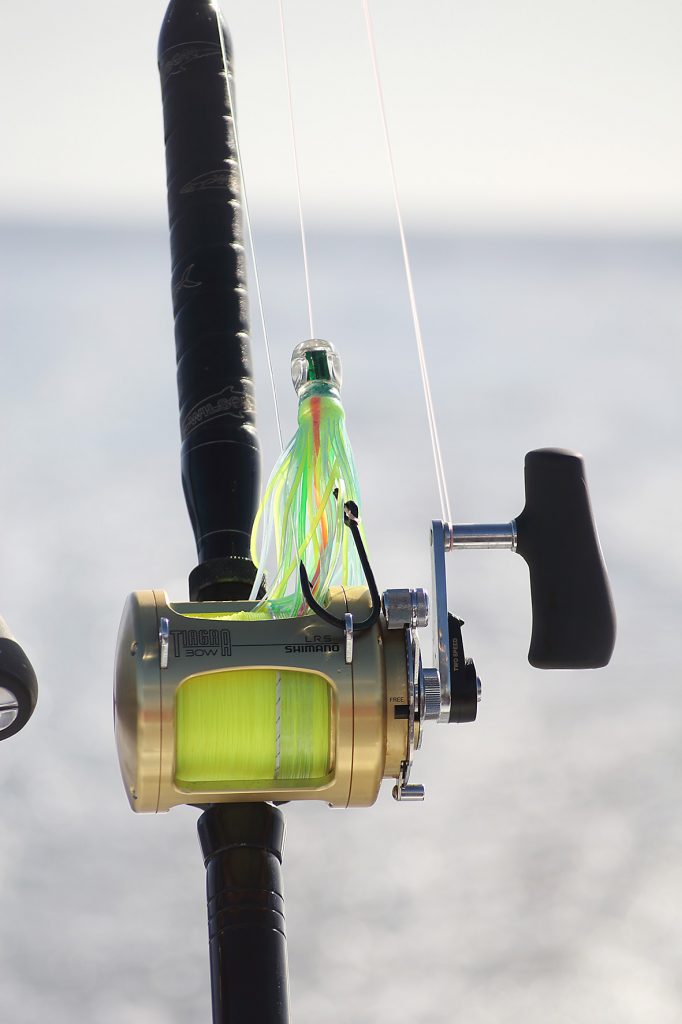 When gearing up, don’t go too light. Big tuna are about with the small ones and you don’t want to be under-gunned. 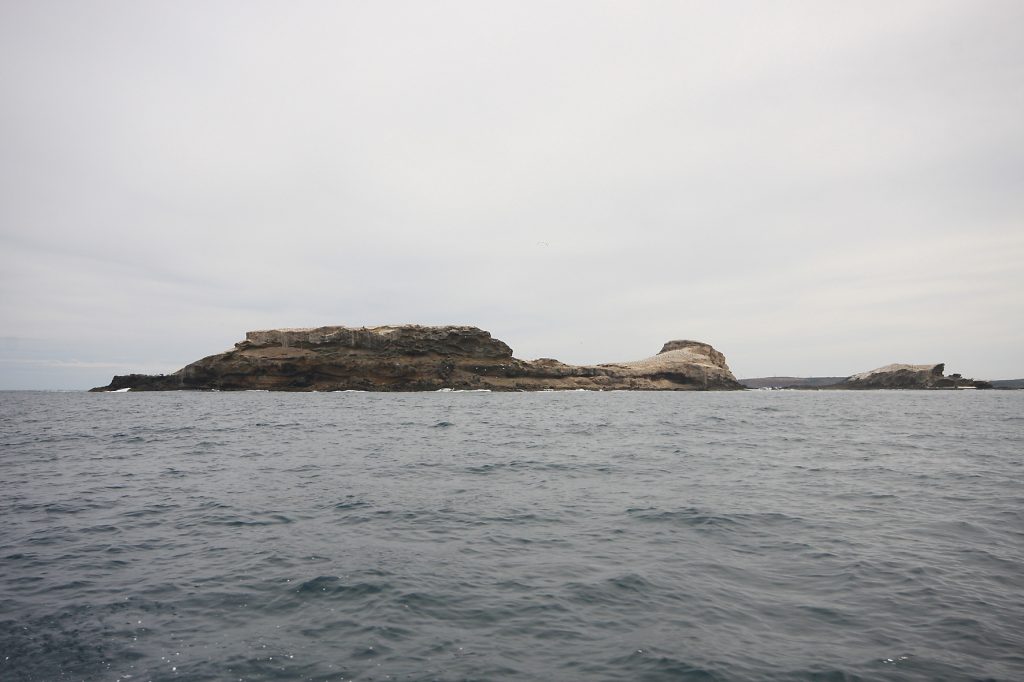 If you’re only in a smaller vessel, work around Lawrence Rock, as tuna are often lurking around it somewhere. 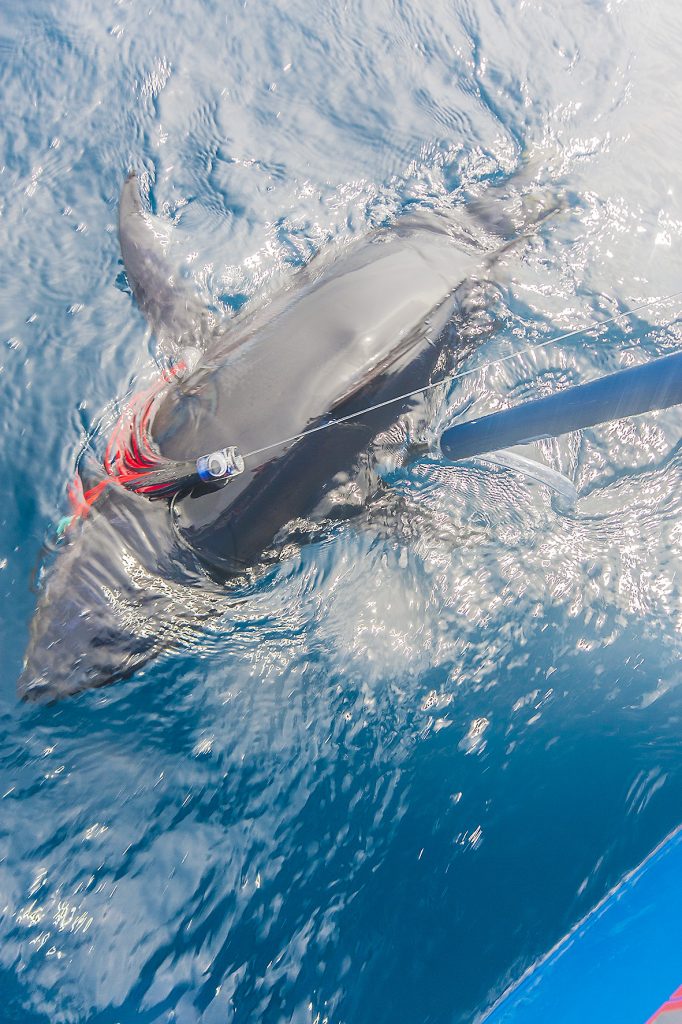 The Richters lure in 502/506 colour is deadly; it always pays to put one out in the shotgun. 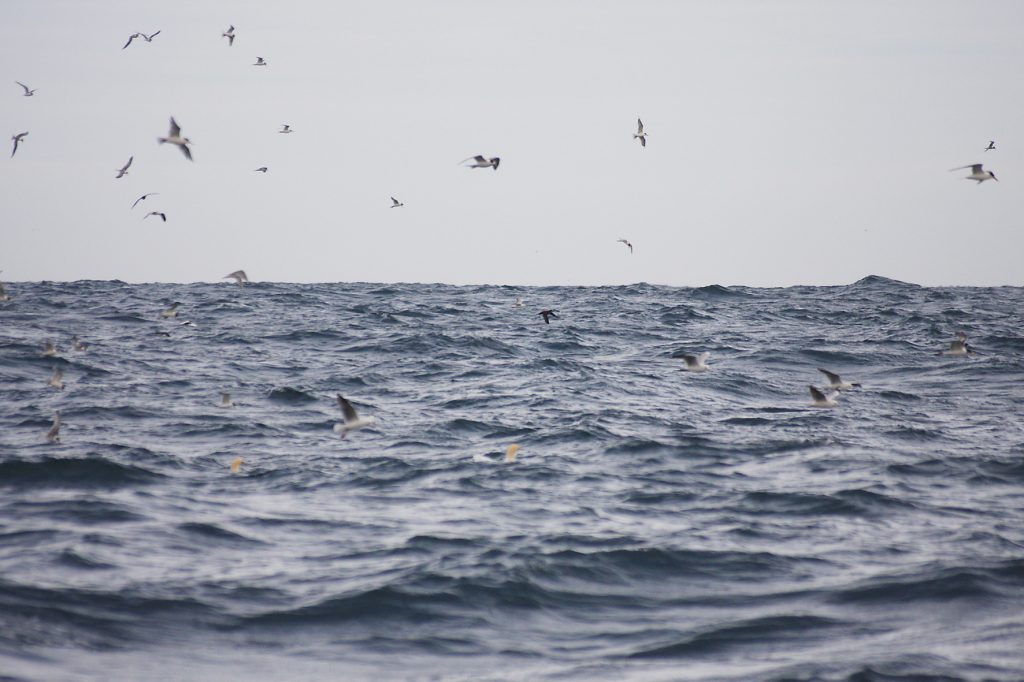 Follow the birds and you’ll find a school of tuna. 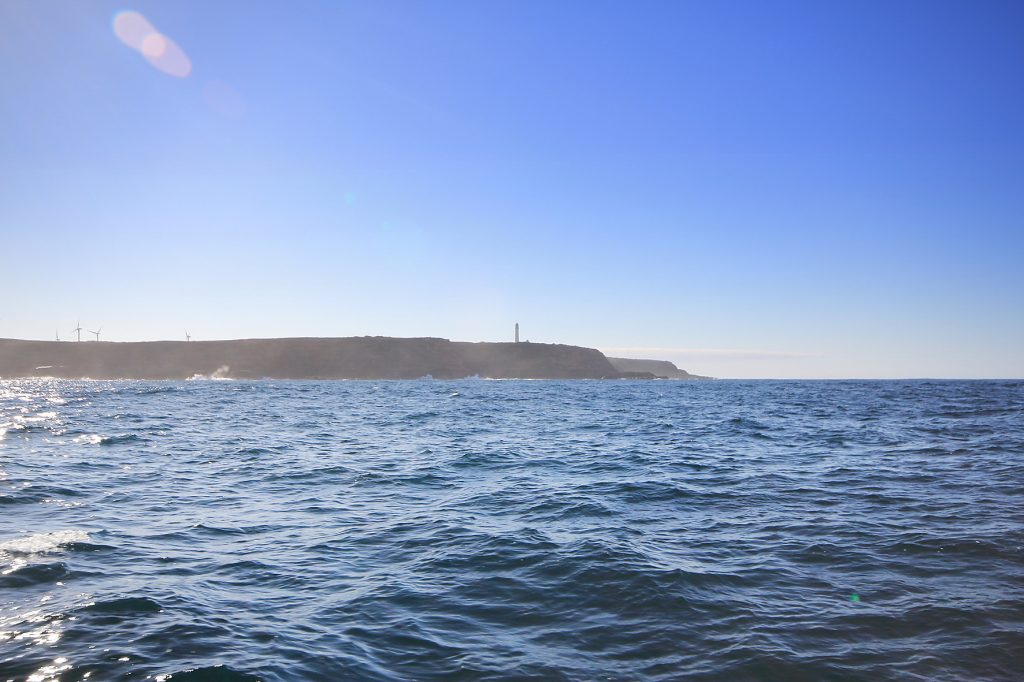 You don’t always have to travel too far to find tuna. As close in as under the lighthouse is a well-known location to find tuna in numbers. 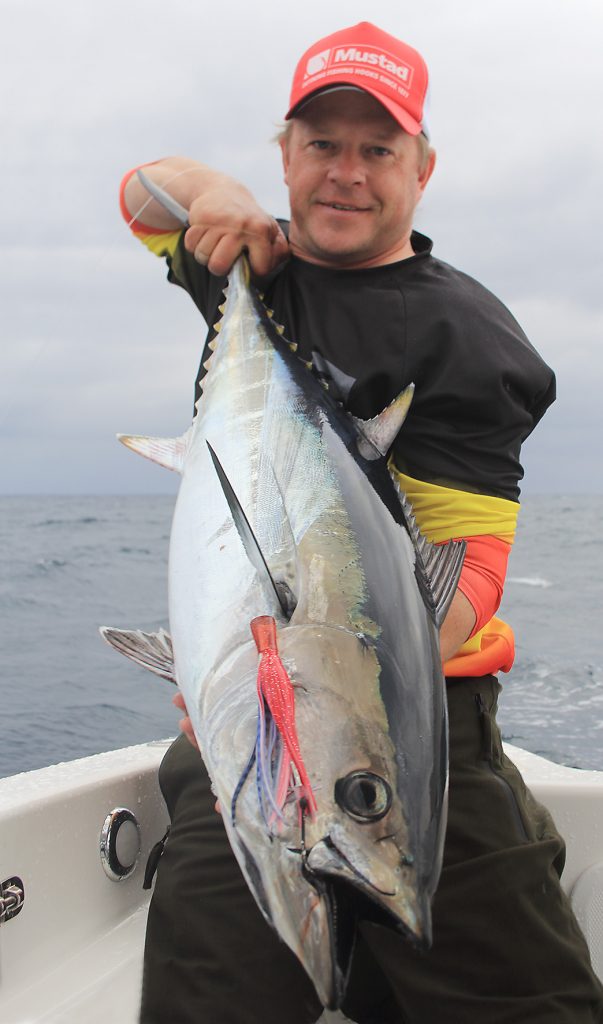 Nothing can beat a redbait colour lure in the Southern Ocean. 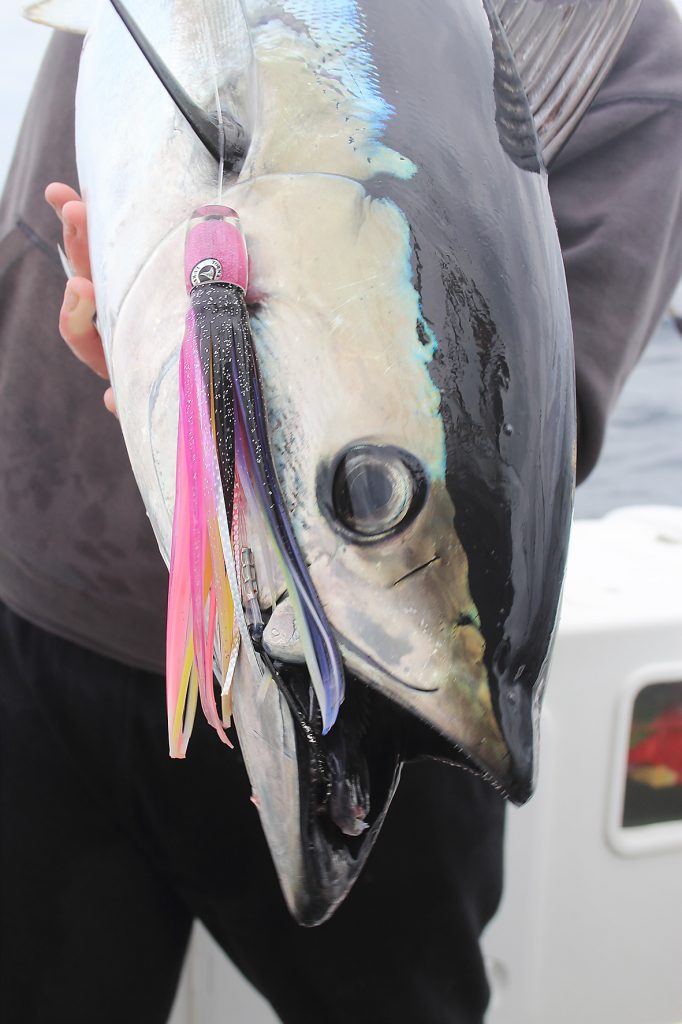 This lure has accounted for many tuna and continues to prove its worth. 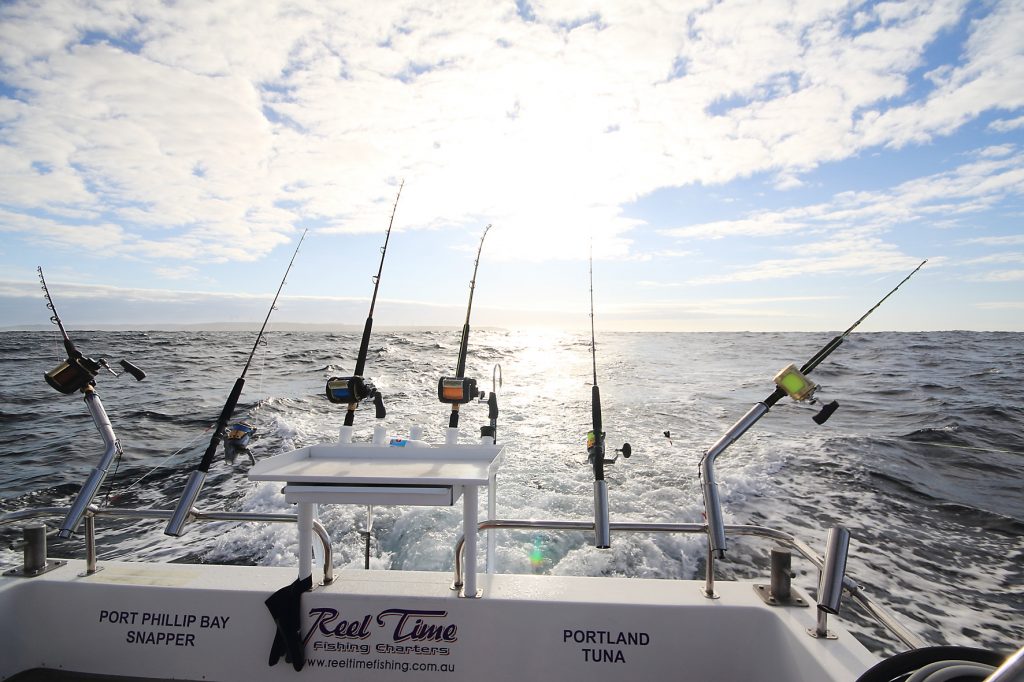 It always pays to fish multiple rods to maximise your chances as success. 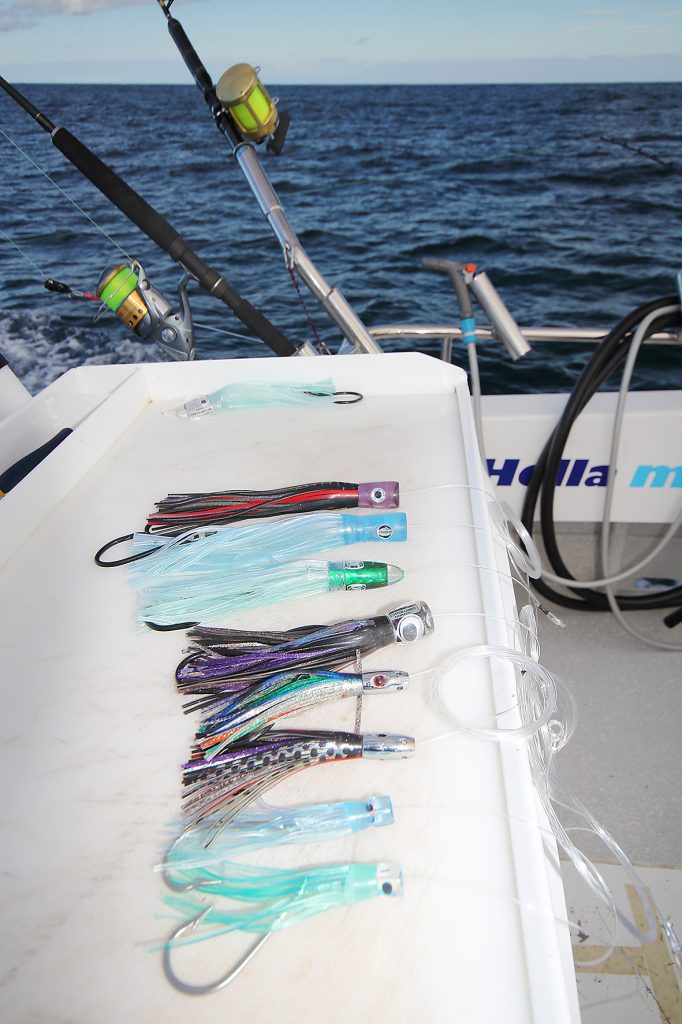 When choosing your lure spread, it pays to speak with other tuna anglers and find out what’s working on a particular day. 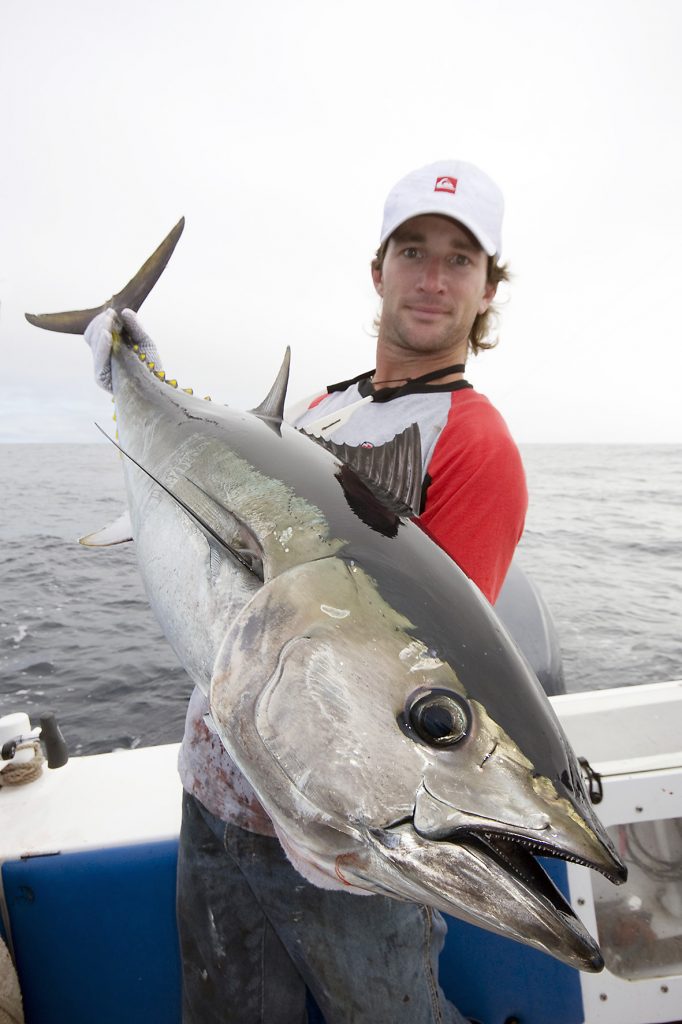 While it is nice to go ‘barrel hunting,’ school fish are a lot of fun to practice your techniques on.

One of the biggest conundrums about targeting tuna is having the right lure spread. At the end of the day, each and every angler has their own set spread that changes slightly throughout the day. Each angler will tell you something different, which can make things extremely difficult, especially if you’re a newcomer to the sport.

Of course, I agree that there are certain lures that continually catch barrels and there are others that catch school fish, so it pays to have a small selection of each.

A typical proven lure spread should consist of a mixture of hardbody lures, vibes and skirts. This allows you to work different depths with different lures to find what works best and where different lures should be set. Have a variety of sizes out as well as the most popular colours to use on southern bluefin.

My spread isn’t a set tuna spread but is extremely effective and can be altered, as different lures will work better at different positions. Use it as a guide, constantly watch your lures and change them how you see fit when on the water.

After finding a patch a tuna you might find that they prefer one particular colour. If this is the case and you have more similar colours in your kit, pull in one or two of the others and change them. Set them back into the exact position they once were. This can aid in getting multiple hook-ups rather than just the odd one or two.

The season is now upon us and no doubt many anglers have already been out searching for that adrenalin-packed, line screaming run. If you haven’t, you don’t know what you’re missing out on. The season is a long one, so take your time, check your safety gear and fishing gear and enjoy what the Southern Ocean has to offer.

The search for perch

by Jarrod Day • Mulloway are often described as the ghosts of the estuary, but as elusive as they are, estuary perch can be quite the ghosts themselves. Scattered far and wide around the coastlines […]

Snapper and the great rig debate

by Jarrod Day • Since the dawn of time, there’s been a conundrum about which rig is the right one to use when targeting snapper throughout Victoria. Unlike many other states where snapper are caught, […]