Lake Kurwongbah, also known as Sideling Creek Dam, is situated on the northern suburbs of Brisbane approximately 40 minutes drive from the Brisbane CBD. The dam is used primarily as a water supply to surrounding suburbs but has become host to water activities such as water skiing, and of recent years, kayak paddle craft and fishing.

The public was granted kayak access to fish the lake in September 2014 and now share this access with powerboat water skiers. Kayaks and canoes are permitted on the lake from Sunday to Wednesday only, and are to be launched from Mick Hanfling Park, off Torrens Road, Kurwongbah. When retrieving kayaks from the lake be sure to thoroughly wash down your kayak, to ensure the invasive Cabomba weed is not transported to other systems. Kurwongbah has recently been added to the SIP (Stocked Impoundment Permit) scheme, so you will need to acquire a permit before fishing.

PRFMA (Pine Rivers Fish Management Association) has done an outstanding job of fish stocking the dam to insure the healthy growth of the fishery it has become today. Kurwongbah is well known for its bass and saratoga, with plenty of lily pads and weed edges available to target these fish.

Preparing your kayak for a day on the water will make fishing from it easier and far more enjoyable. A well supported seat will make those long hours on the water much more comfortable. I have also fitted a side imaging sounder, which enables me to locate schooled fish, and plays a big part in my fishing on the lake. Two pivoting rod holders are mounted to each side of the kayak, which enables me to run two rods when trolling for bass. Any rods, tools and Boga Grips are leashed to the kayak for extra security in case these items fall overboard. I have also purchased a small parachute anchor to deploy when the wind is present, to help slow the drift down. 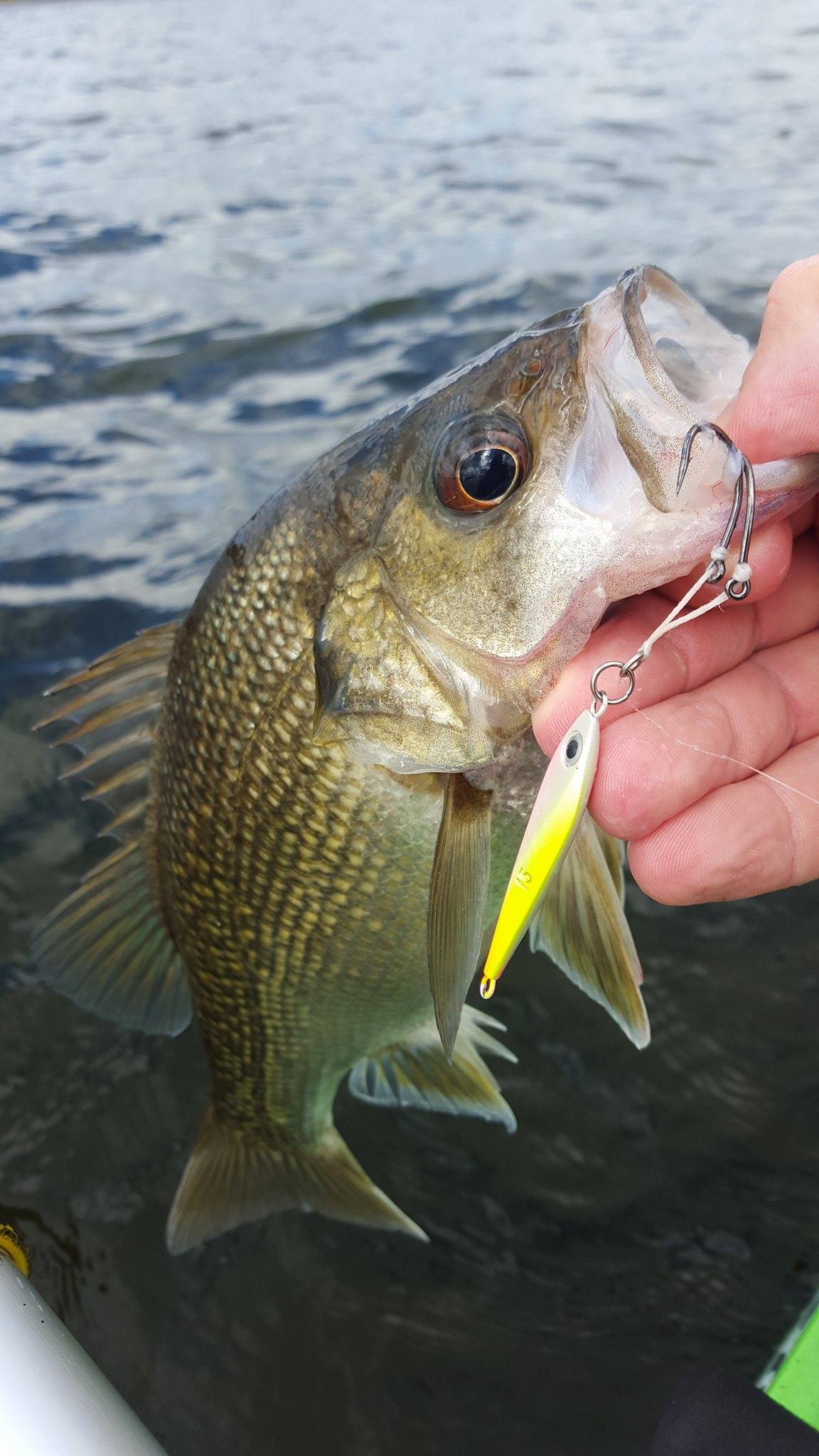 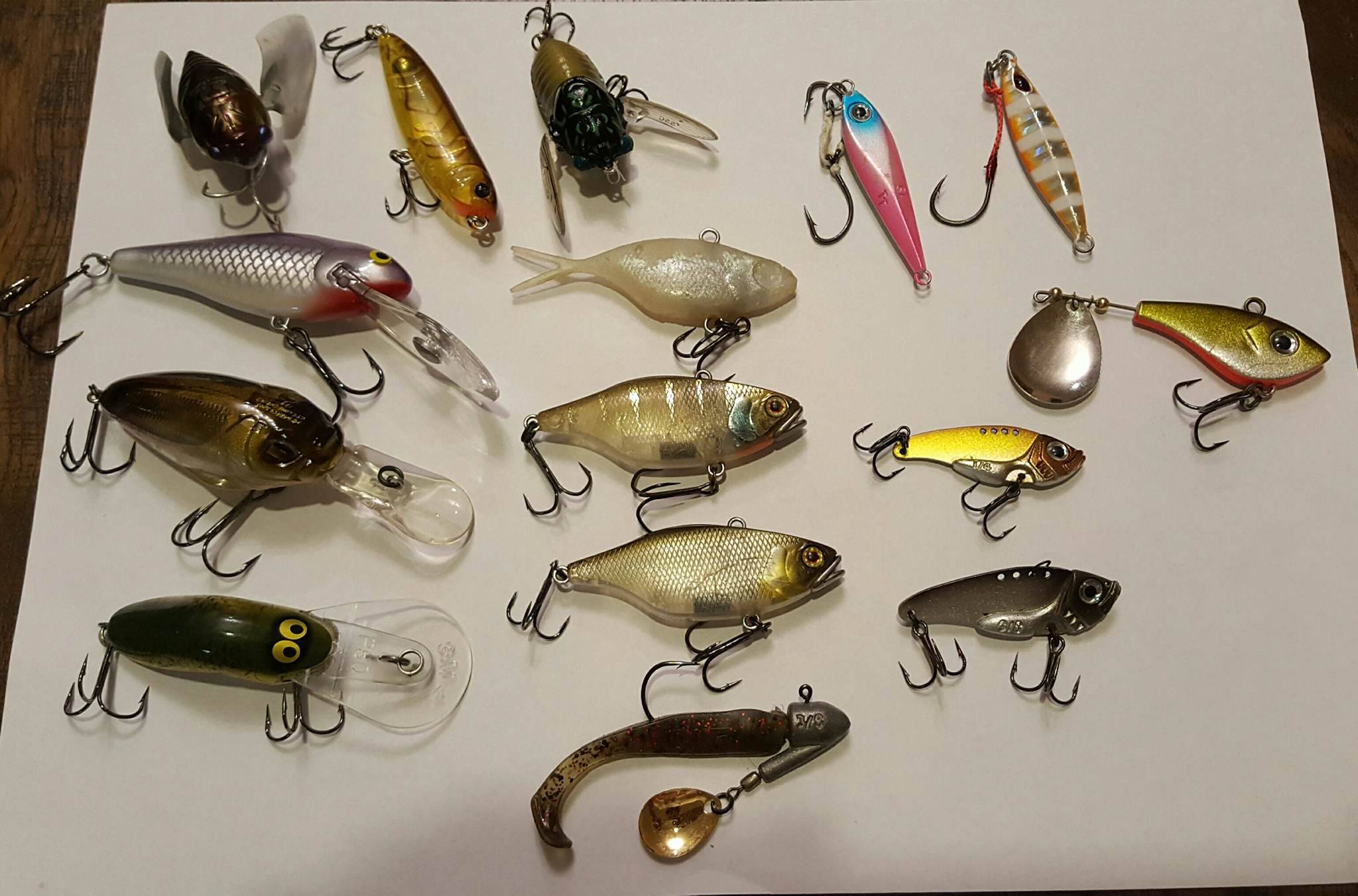 A selection of bass lures. 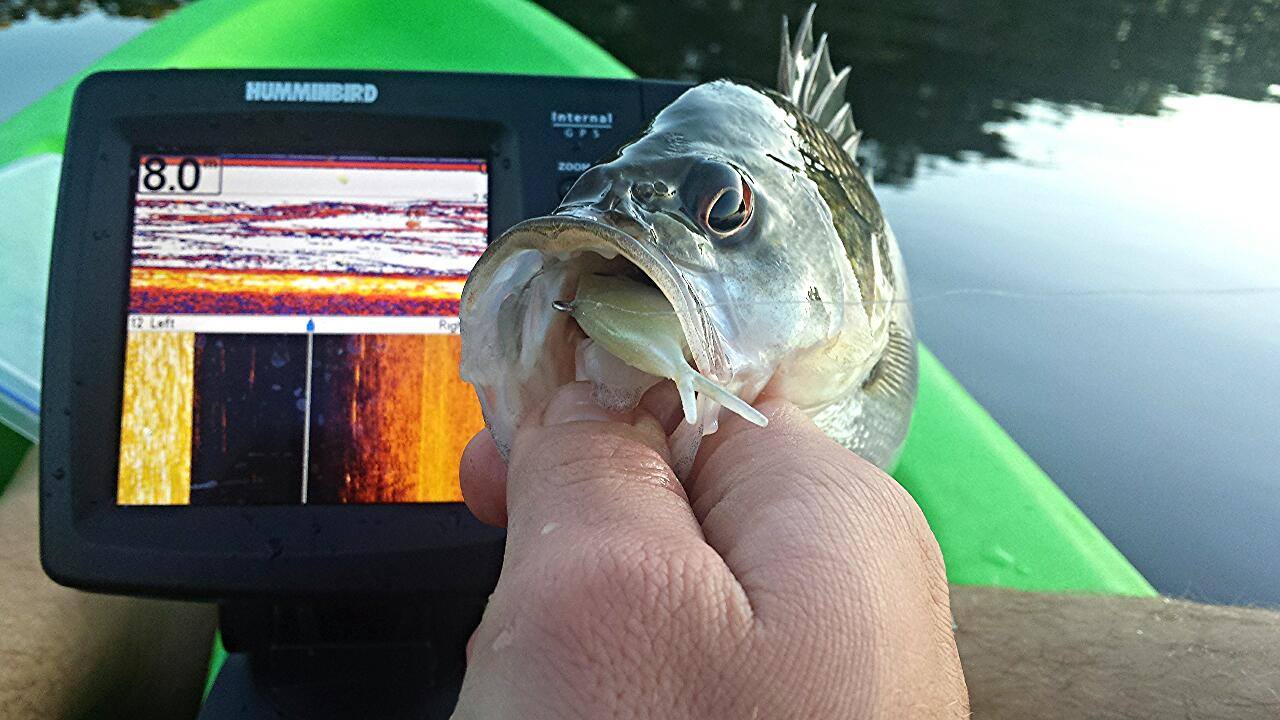 Keeping a close eye on the sounder while trolling is a good way to locate schools of bass. 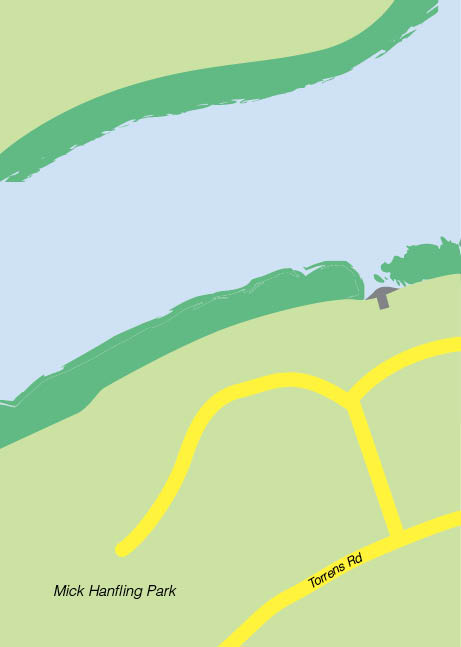 The best times to fish the lake are dawn and dusk. Early morning starts, in the warmer months, will usually see me set off in search of Lilly pads and weed edges for a top water bass or saratoga bite – casting small surface walkers and cicadas deep amongst the lilies and weed, while paying close attention for any surface activity. This is a is great visual way to fish for bass, with the chance of encountering one of the many saratoga that are stocked in the lake. However, these fish can prove challenging to set hooks into and it’s not uncommon after a surface strike, for your lure to end up flying in the opposite direction from the fish.

Once the top water luring window closes, I will rig two spin rods with small hardbody crankbaits and begin to troll some deeper water close to the edges – lures that dive from 2.5-4m are suitable for this approach. Keeping a close eye on the sounder while trolling is a good way to locate schools of bass, and it generally doesn’t take long after seeing fish on the sounder, to get a hit on the troll. Once I’ve located a school of bass or have encountered several fish on the troll I will swap to lures, such as small vibration baits (both soft and hardbody), spinner baits or micro-jigs and begin to work these.

Knowing what depth the fish are sitting at will give you an idea of how to present your lures, such as making small casts in the direction of a school and slowly working your lure back through them, waiting for the strike of a bass. When using vibration baits and blades, long lifts of the rod and controlling your line on the sink has been a proven method. For micro-jigging, I prefer to fish jigs in the 15-20g range and select jigs with a wider pitched surface area, which gives them an enticing flutter on the fall. Small sharp lifts of the rod are required to impact the desired action when using a micro-jig. It also pays to keep a close eye on your spool when dropping these jigs. If the bass are hungry they sometimes won’t even make it to the bottom. Micro-jigging is a really effective technique and has helped me on windy days when your drift is affected, as you have the ability to drop jigs straight down onto the fish.

Hotspot: Back to school in the yak

by Corey Gallaghar • Many of us, myself included, who live in our larger coastal cities often travel far and wide to remote and exotic locations in search of that ultimate fishing spot, often ignoring […]

Turning to the dark side