It’s that time of the year again to pull out the winter woolies and rethink angling opportunities for the next few months, as cooling water temperatures and different weather patterns bring the dreaded southwesterlies and southerlies.

With winter nearly upon us, it’s time to have one last shot at some autumn pelagic action, as water temps in the southern half of Queensland drop well below 22°C inshore and pelagic predators become less active.

Many will migrate offshore or back north, following the warmer currents and bait schools.

Longtail tuna disappear from their surface feeding action and migrate, however a handful of larger specimens over 20kg quite often hang around all winter, changing their feeding habits from surface forays on pilchards, flying fish and gar to deeper schools of yakkas, squid and bottom species like juvenile sweetlip, happy moments and prawns.

This can be a tough time to find pelagics, as they can’t be seen on the surface, and all the action is down deep so a quality sounder, preferably with side imaging is invaluable. I use a Lowrance HDS 12 with structure scan, using this unit’s ability to look sideways up to 50m clearly either side of the boat, lets me find bait schools or fish that I would otherwise miss.

Find deep bait schools and that’s where the big predators will be this time of the year. It’s not just big longtails either, big cobia, queenfish and big golden trevally often hunt deep for bait. If you are fishing for these bigger early winter predators, be prepared, as fish over 15kg are common, so I prefer a minimum of 30lb braid on a good heavy duty reel.

One of the best techniques is to fish heavy jigheads with big plastics down deep. Other techniques such as micro-jigging and trolling ultra-deep divers works just as well depending on the depth and location. Quite often big predatory fish will rise up from 20m of water to hit a lure sitting at 8-10m. 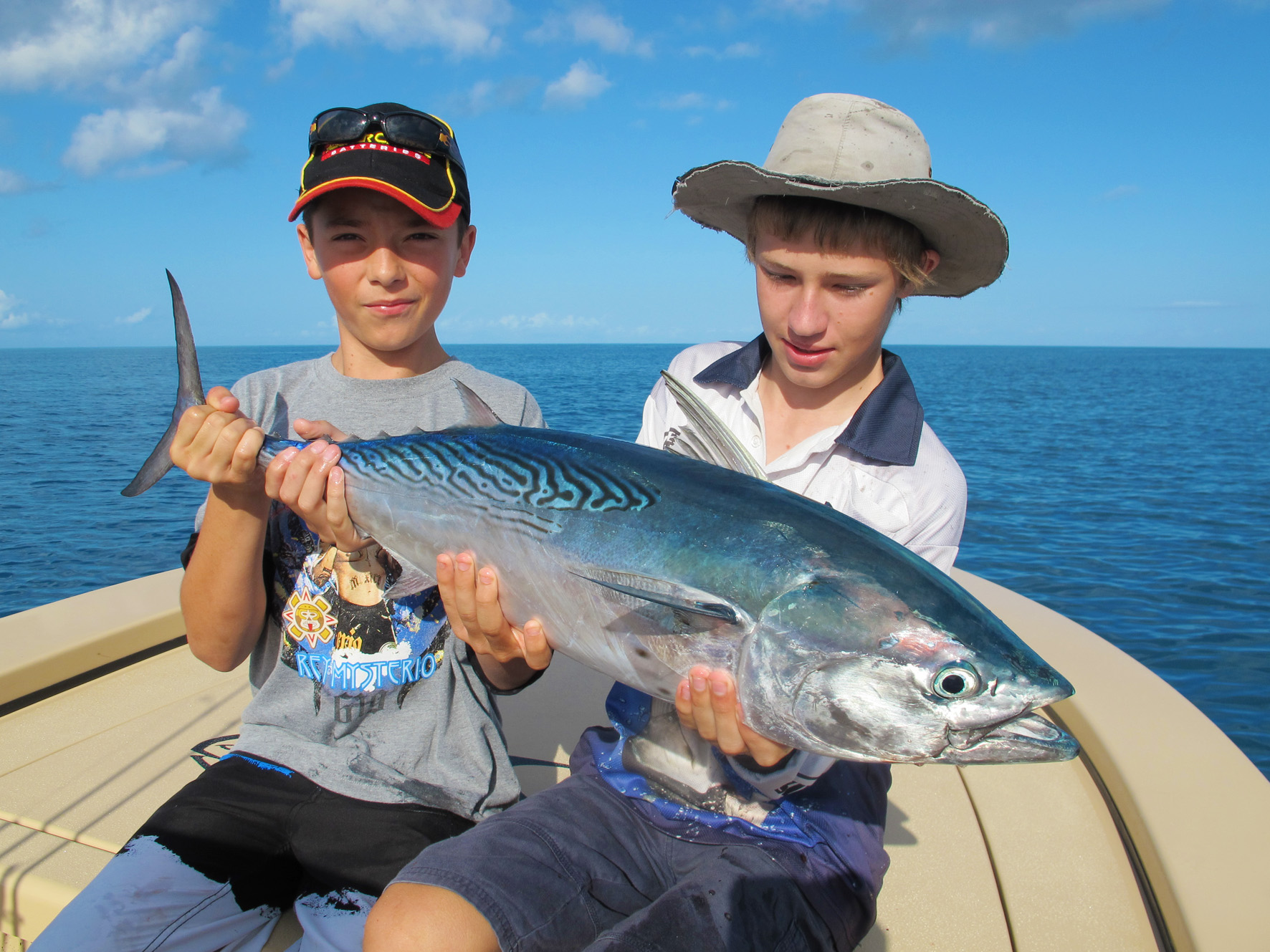 Winter will see a reduction in tuna numbers on the surface. 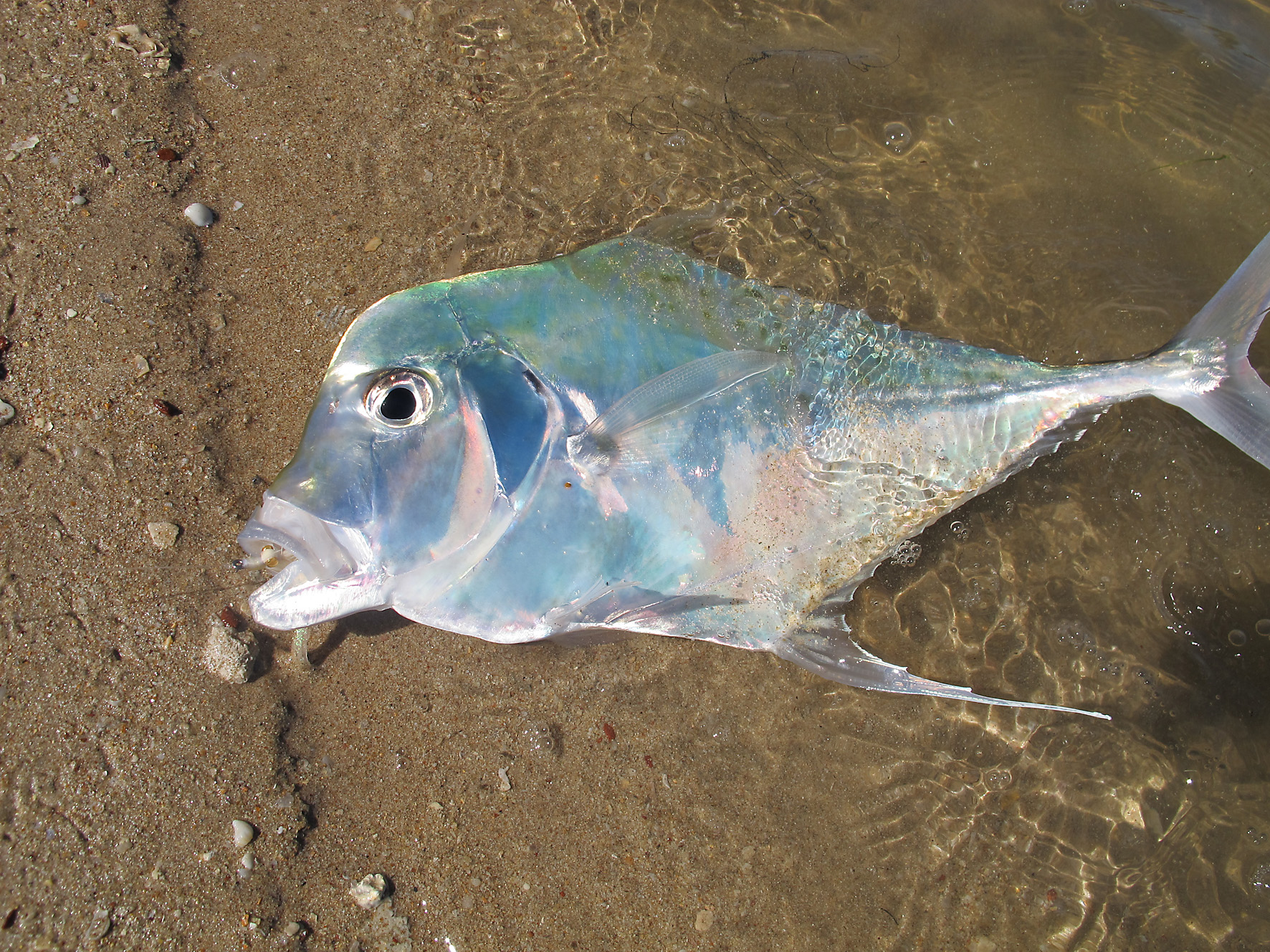 A few juvenile diamond trevally will start to appear in the straits as the water cools. 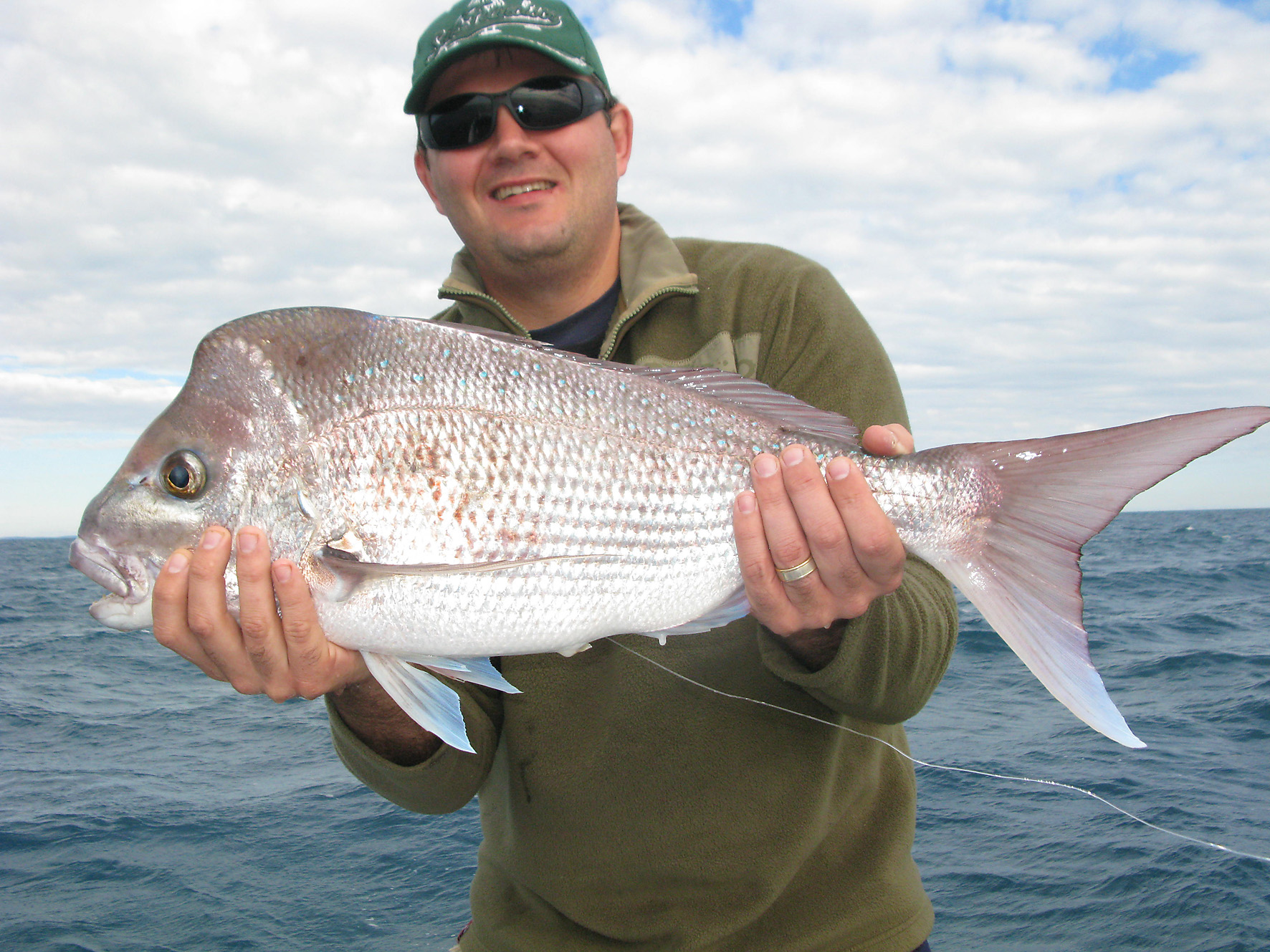 It’s nearly time to chase a few snapper in the bay. 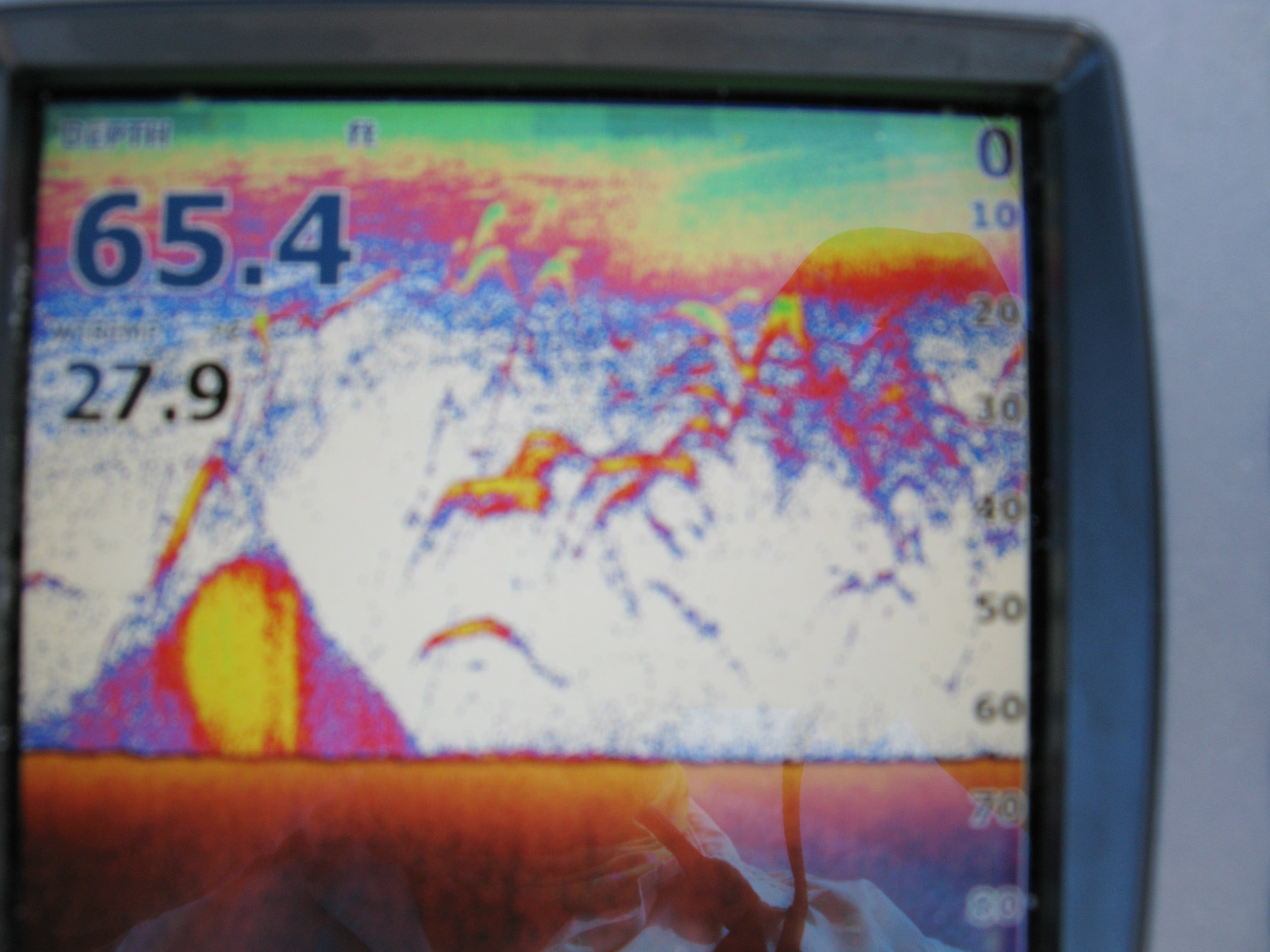 A deep bait school with some big predators not far behind.

Live baiting is also a very effective way of getting bites, but sharks can be a problem, especially if using bigger livies like yakkas! I don’t baitfish, I much prefer hunting down fish with lures, but it has its place at times, especially on a slow day when the fish are inactive from a barometric change.

Inshore, barra and threadies are still there, and there’s some excellent threadfin being caught on vibes and plastics if you can find the prawns.

Prawns are quite often in deeper holes and gutters and once again, good side scanning sonar is invaluable for this type of fishing.

Barra that were once thought of as being too hard to catch in winter are a viable option. I have found that the bite window is much smaller, but they are there in numbers at times. The last few years we have been catching them in water as cool as 18°C in the salt!

The usual flathead, bream, whiting and tailor will start to increase in activity as well and if fished for on ultra-light tackle will provide fun for the keen anglers. Live yabbies and worms will also produce good catches, especially on the first of the flood tide in the drains.

There’s nothing like a fresh meal of whiting fillets, but these days it’s becoming harder to catch a decent feed of them, especially in Hervey Bay. This is possibly due to excessive commercial pressure on the species.

Let’s hope the flow on effect of the new net free zones further north will follow on down this way and give us some new opportunities in the near future. Tight lines!

A boat of confidence