Hook choice for mulloway can be a very contentious issue amongst anglers. While some swear by circles others strongly argue over a single or double snelled J hook and that’s before we even get into hook sizes.

A good reason for the number of mulloway hook opinions is that these fish are caught in a range of habitats and vastly different conditions. The truth is there are a range of different factors that influence what hook will work best on mulloway and one that works great for one situation will often perform poorly for another.

Things like swell, current, water depth, the size and type of bait as well as the target size of the fish all play a part in determining which hook you should be using.

When circle hooks are used incorrectly they provide a woeful hook-up rate, however when used in the right situation by someone who understands how they work they become lethal.

The first thing to get right with circle hooks regardless of what you fish for is to resist the natural reaction to strike when your bait is taken. Striking a fish with circle hooks will usually pull the bait straight out of their mouth. Instead of striking, slowly lift up your rod tip until you have weight.

This allows the circle hook the time it needs to set into the corner of jaw and then once the fish starts pulling a bit of string you can begin a normal a fight sequence. A softer tip rod that locks up with plenty of grunt in the middle section is also beneficial for circle hooks as it aids the gradual increase in pressure, helping the hook to roll into place. With the right rod many anglers also swear by letting the fish hook themselves when using circles and simply leave it in the holder and wait for the rod to buckle over.

Circles work best when using live baits in scenarios where the line is always taut.

Fishing straight under the boat in areas like deep water estuary drop-offs and holes or on the offshore reefs are good examples of this as is fishing in strong currents around bridges and rockwalls.

Hook placement is also very important when using circles. When fishing under the boat it’s best to lightly pin the live bait just behind the shoulder and when using them in strong current situations place the hook through the cartilage in front of the eyes.

By far the best circle hook I’ve used for mulloway is the Black Magic KL pattern in an 8/0. The best thing about these is it doesn’t matter if it’s a soapy or a 50lb fish; they always seem to find that corner of the jaw regardless of bait size too.

Black Magic are also releasing a new circle to the market modelled off the KL design, but with a Teflon coating. I managed to get my hands on a few to test and these are going to be deadly. I haven’t dropped a fish on one yet! 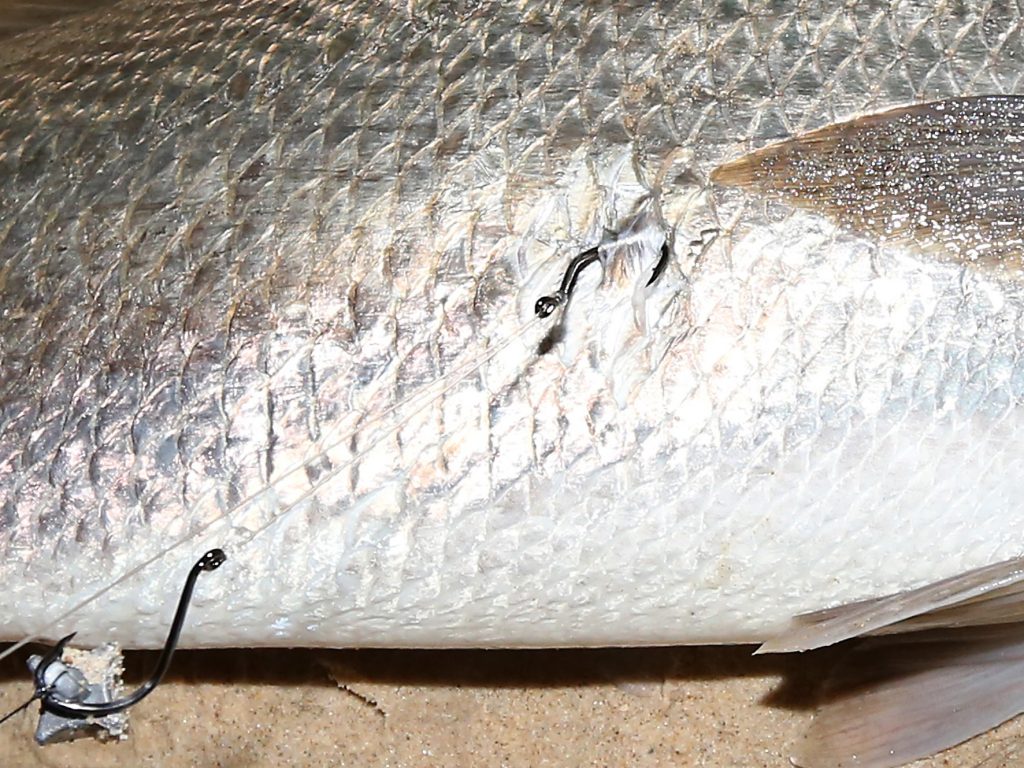 Just how sharp BM C points are – These C points missed the mouth on strike but still penetrated through the scales resulting in one very unlucky 22kg beach mulloway. 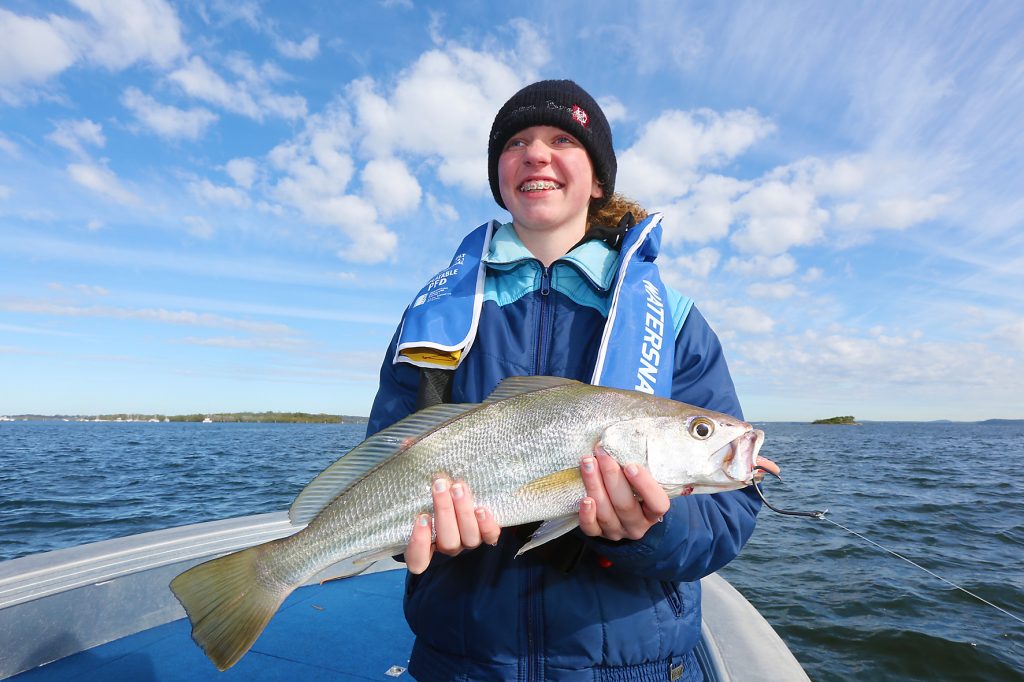 The size of the fish you’re targeting can be factored in when choosing the right hook. 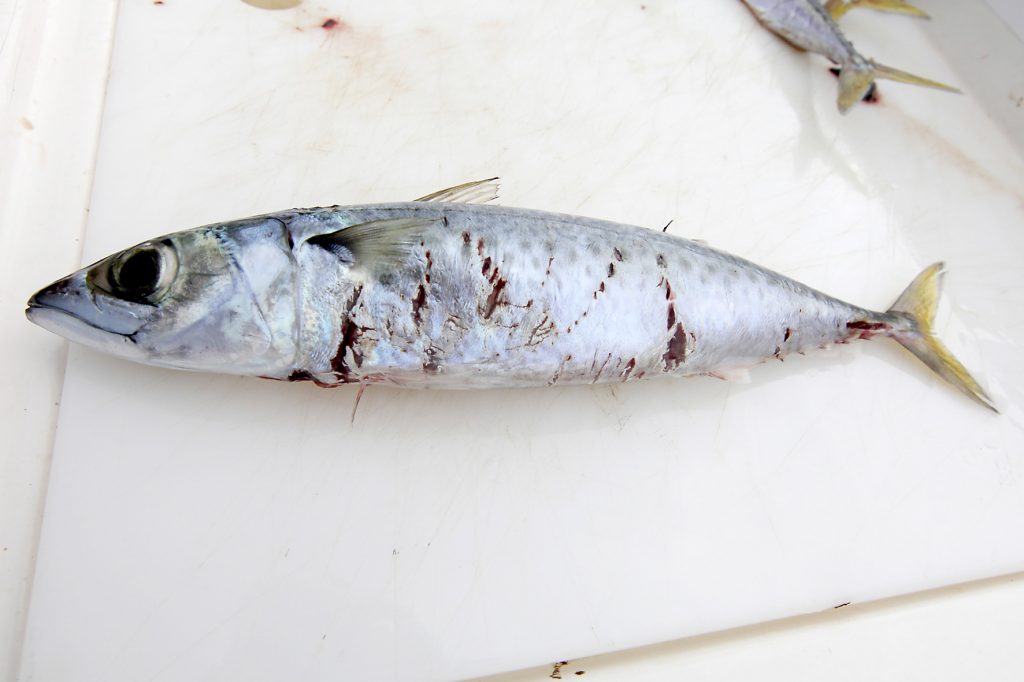 The last thing you want to see after a missed bite – the tell tail signs of a mulloway bite. 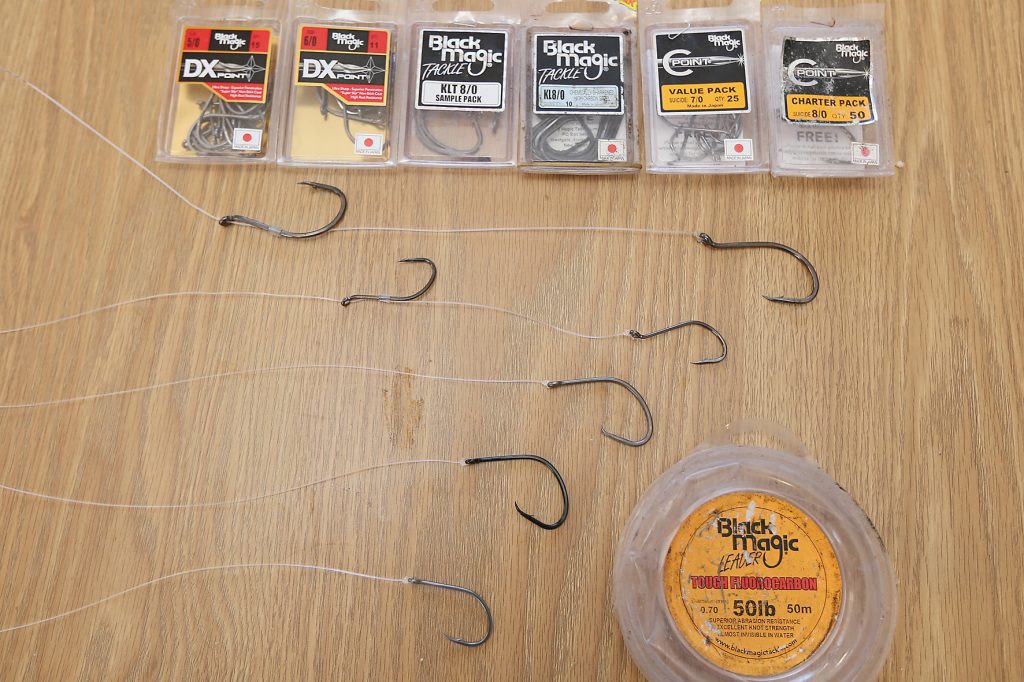 Hook placement and choice for jewies are the keys to high hook-up rates.

J hooks work best on mulloway in situations where there is often slack in the line like surf fishing and casting out weighted baits where there isn’t too much current flow.

Fish in these parts will often fumble around with the bait or take the bait and move towards you, creating slack line. In these situations you may need to wind up slack line before striking or time your strike for when a fish is playing with the bait. For this reason circles can often result in missed bites and J hooks are far more effective. One major difference between circles and Js on mulloway is with circles a single Black Magic KL hook in size 8/0 will cover all sizes of live baits big or small as well as all sizes of mulloway. With Js the hook selection needs to match the type and size of bait you’re using and to a lesser extent the size of the mulloway you target. For smaller baits starting with large beach worms I prefer a 5/0 Black Magic DX hook. When rigging these, thread the worm over your hook and continue to push the worm over the eye of the hook and up your leader about 6”.

For small yellowtail mullet, herring and arrow squid I still prefer a single hook around a 7/0 in the Black Magic DX pattern. For anything larger than this I go to snelling two hooks together using the Black Magic C Point hook suicide pattern. The 7/0 size will cover your medium-sized live baits like whiting, mullet and yellowtail and the 8/0 size will do tailor, pike, big mullet, large squid and slabs of tailor or mullet.

Mulloway have a mighty big mouth, so don’t be afraid to put out jumbo-sized baits for them; a 1kg tailor or mullet isn’t too big. For these bigger baits step up to the 10/0 C Points.

Gonna land me a longtail!

by Paul Lennon • On the Mid North Coast of NSW the longtail season is one of the most hotly-anticipated times of the year for anglers. This is especially the case for land-based game anglers, […]

Making the most of a secret spot

by Peter Fullarton • Make the most of opportunities when they come your way. At certain times, stretches of beach might open up a nice hole or gutter that works in a perfect way to […]

Find the light on winter nights