The humble flathead is Australia’s most popular saltwater target, and it’s not too hard to see why.

Whether you target tigers in Tassie, yanks in Victoria, sandies in NSW, duskies in Queensland, blue-spots in SA, or bar-tails in WA and the NT, chances are there’s a flathead or three living not too far from your closest stretch of coastline or in your nearest estuary. 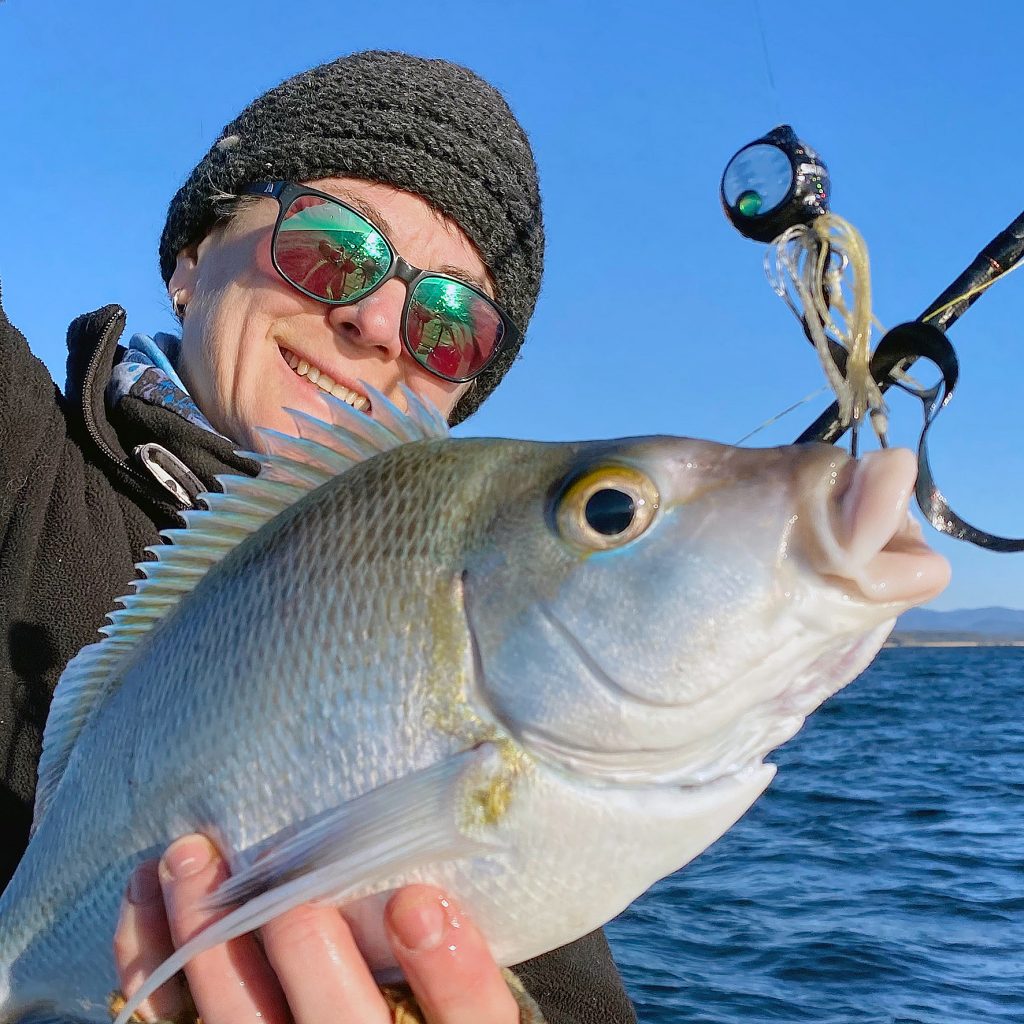 As Jo quickly discovered, kabura jigs work on all sorts of fish, including morwong. 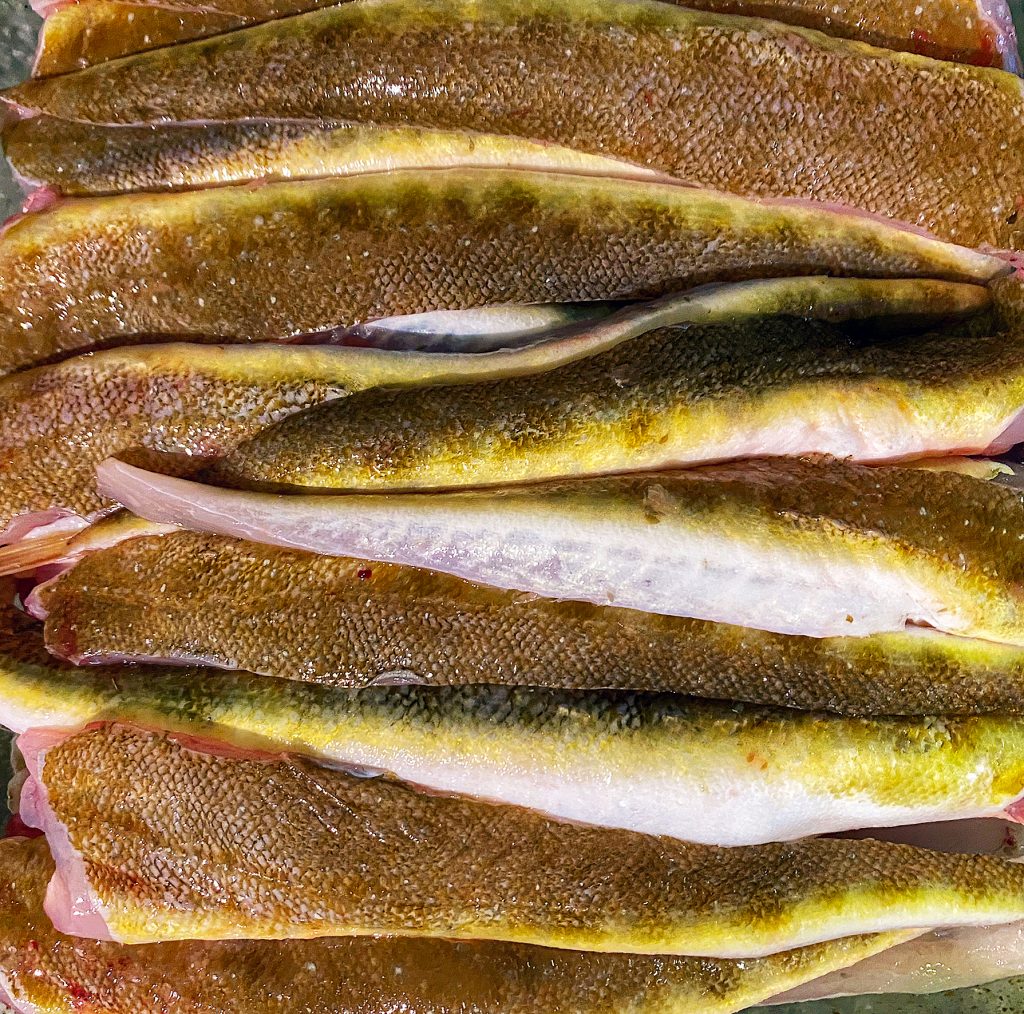 A whole mess of fresh flattie fillets, ready for the pan! 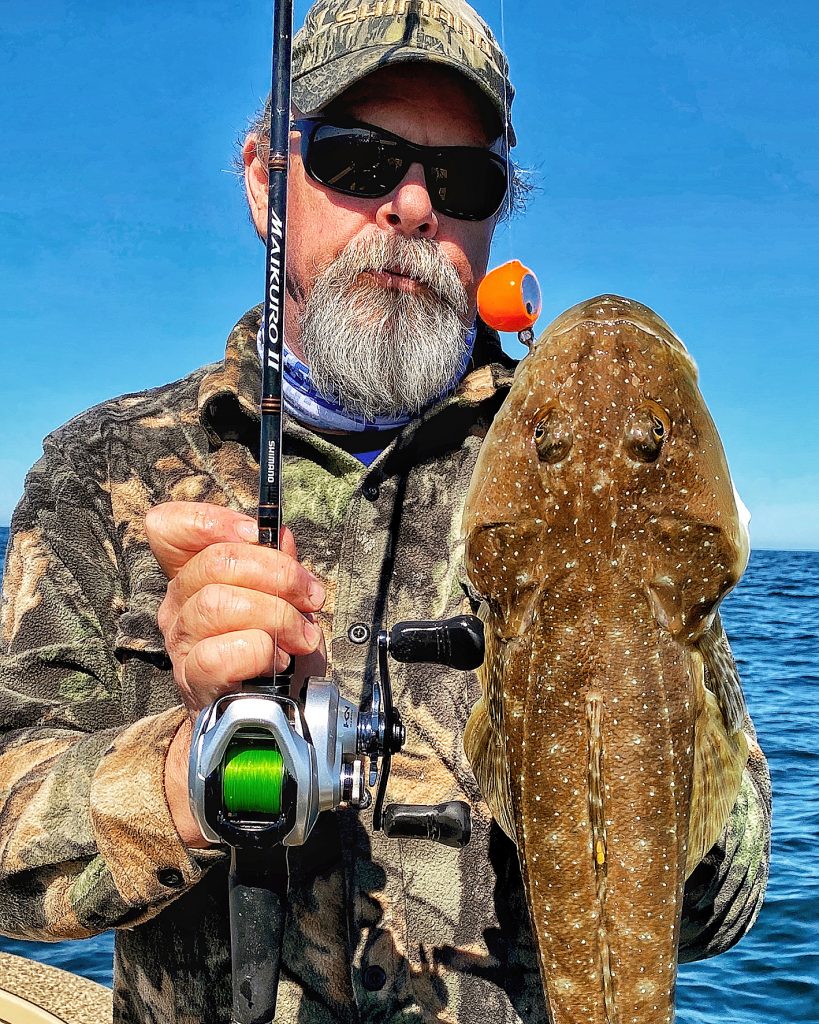 Starlo with a much better-than-average sand flathead taken off the far south coast of NSW on a Shimano Baku Baku Tiger kabura-style jig.

There are dozens of species of these ugly-but-tasty bottom dwellers lurking in our tidal waters, and quite a few of them grow large enough to excite anglers. The biggest, of course, is the mighty dusky that has (rarely) been known to top a metre in length and approach 10kg in weight, although the southern blue-spot isn’t too far behind, sometimes giving the 80cm mark a pretty solid nudge. Most of the others are usually much smaller, but even a 40cm sand, rock or tiger flathead produces a couple of delicious fillets with firm, white flesh that can be prepared in all manner of ways.

Most flatties aren’t especially hard to catch, although big duskies living in hard-fished estuaries can develop a level of cunning that might surprise some casual danglers. But the average 35-55cm specimen of most flathead varieties is a fairly simple-minded eating machine, especially when the water warms up a bit. Put something in front of it that looks even vaguely edible and there’s a better-than-even chance it will pounce. This trait helps to endear the flattie family with most anglers!

Over the years I’ve used just about every proven technique, lure, bait or rig to catch flathead, plus a few of the less common ones. I’ve caught them on thick handlines carrying heavy paternoster rigs, lightly-weighted live baits, soft and hard lures of all sizes, shapes and styles, flies and even surface poppers. But just lately I’ve been playing with a relatively new style of lure that I reckon might be one of the better tools I’ve yet found for fooling flatties, especially in water deeper than 10-12m.

Kabura-style jigs have been around for a few seasons now. These Japanese creations are sometimes referred to as golf-ball or coin-drop jigs, and they’ve essentially evolved from the highly effective octa and bottom-ship jigs that have been on the scene for a decade or so.

Kaburas typically consist of three separate components: a heavy, spherical or rounded, laterally-flattened head, a skirt and a pair of sticky-sharp trailing assist hooks. Your line or leader is run through the head and skirt, then tied to a solid ring attached to the hooks.

Like the earlier octa-jigs, kaburas are best fished by spooling them to the sea bed before slowly winding them up a metre or two, then dropping them down again. You can mix this up with some gentle rod tip bounces or hops, the odd quicker crank, or by simply dropping the rod in a holder and leaving them to their own devices.

Kabura-jigs work best when coupled with light overhead or baitcaster reels (for line control on the drop), fine braid and relatively long, light ‘slow pitch’ jig rods with soft, flexible tips. When a fish eats the jig, it’s best not to strike, but rather to keep cranking and smoothly begin to lift the rod as it loads up.

Not too surprisingly, I’ve found that kaburas are absolutely deadly on flathead, especially in deeper water. In particular, they’ve revolutionised my offshore fishing for sand flatties, increasing both my catch rate and the average size of the fish taken. If the action is a bit slow, I’ll sometimes add a thin strip of bait to the assist hooks, or some scent to the skirt, but most times this simply isn’t necessary. It’s a bit of a ‘no-brainer’ way to catch these tasty targets, and when you drift off the sand and gravel patch onto some harder reef, they’re great snapper and mowie catchers, as well! I’m also looking forward to trying them out in deeper bay, harbour and estuary scenarios, for various species.

The QR codes accompanying this column will take you to a short how-to video on using kabura-style jigs to catch flathead, as well as a simple clip I put together on my basic tips for filleting and de-boning flatties. If you don’t know how to use a QR code, or can’t be bothered, you’ll easily track down both clips on my “Starlo Gets Reel” YouTube channel at www.youtube.com/c/StarloGetsReel

Back to Basics: Why fit a ‘lecky?

November 20, 2017 Fishing Monthly Articles, Back To Basics, Boating Tips, How To 0

by Steve ‘Starlo’ Starling • Those who’ve never used them sometimes look askance at the expensive electric motors mounted on other angler’s vessels and ask what the point is in owning one. In the first […]

Giving your lures a tune up

January 19, 2021 Fishing Monthly Back To Basics, How To Comments Off on Giving your lures a tune up

• by Steve ‘Starlo’ Starling Just like a car or a guitar, lures do their best work when they’re in tune and on song.       It’s possible for almost any style of lure to go […]

Back to Basics: Learn to overcome your fear of flying!

by Steve ‘Starlo’ Starling • Flyfishing has a reputation for being a mysterious and difficult art, mostly practiced by crusty, pipe-smoking old toffs in tweed jackets resplendent with leather elbow patches… But the times have […]