Just like a car or a guitar, lures do their best work when they’re in tune and on song.

It’s possible for almost any style of lure to go ‘out of tune’ and not swim properly. Sadly, some are even to be sold that way in the first place. This is an especially common problem with bibbed minnows and plugs, especially the floating/diving varieties. 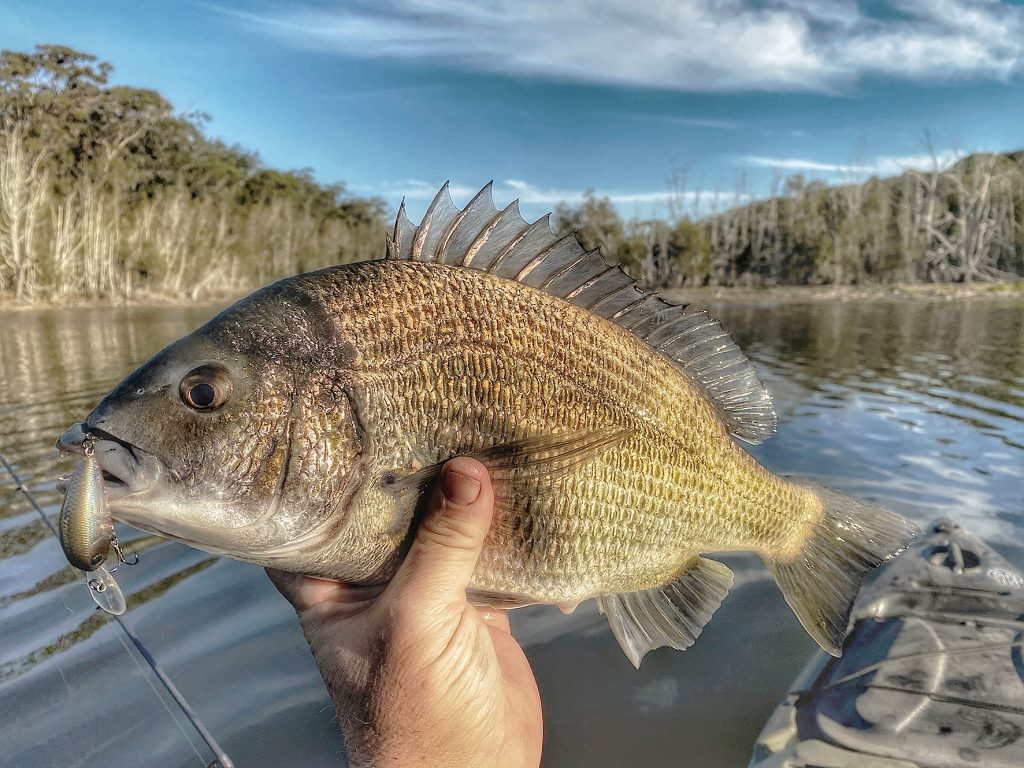 Many hardbodies have a split ring on the tow point to enhance their action. If you remove this, be sure to use a loop knot or round-radius clip to attach the lure to your leader. 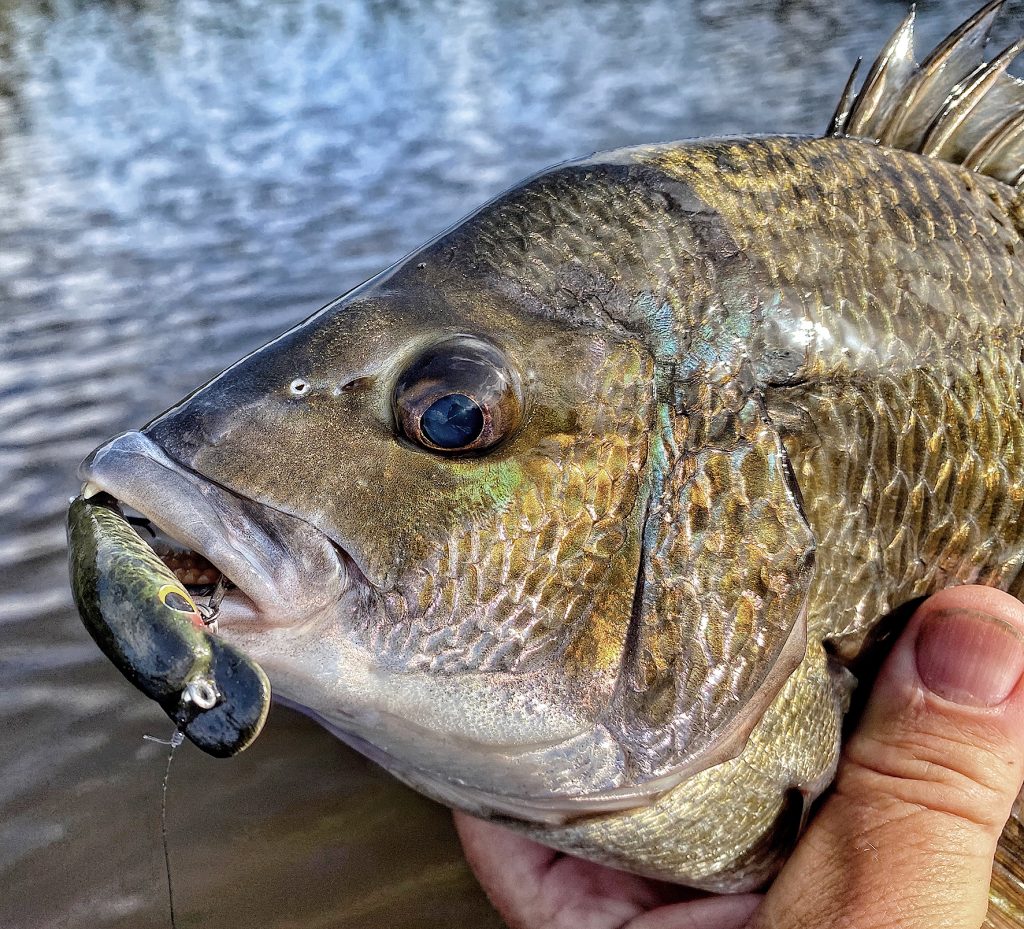 It’s really important to use a loop knot on smaller lures like this little RTBroughton Shimmey. 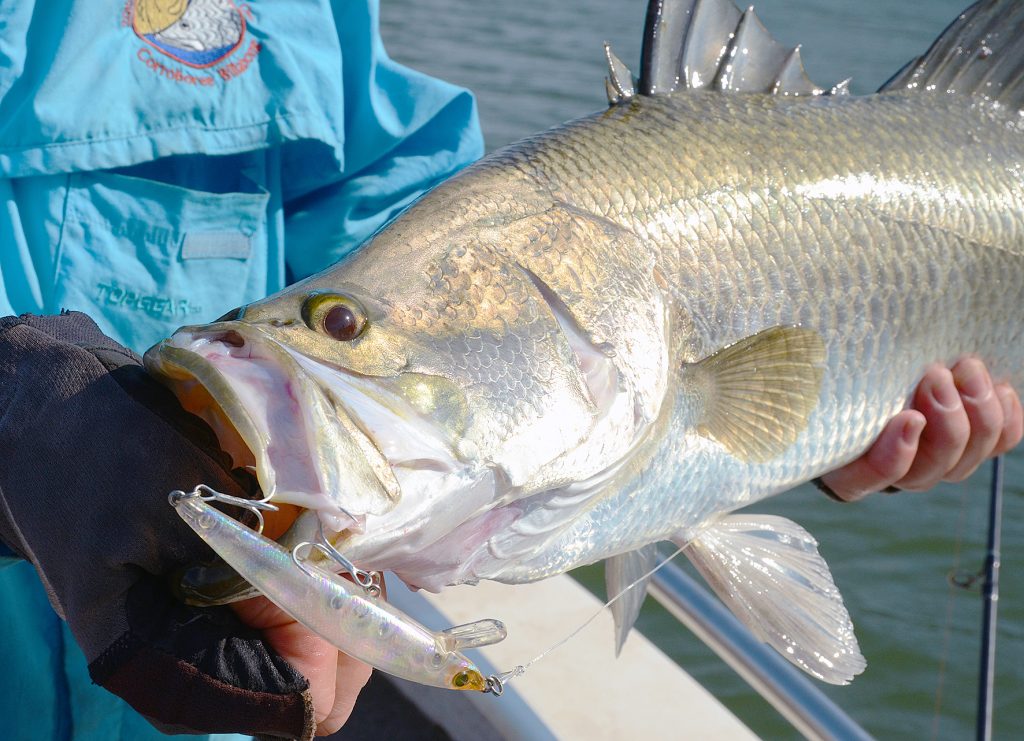 Powerful fish like barramundi can bend the hardware on lures and render them ‘out of tune’. 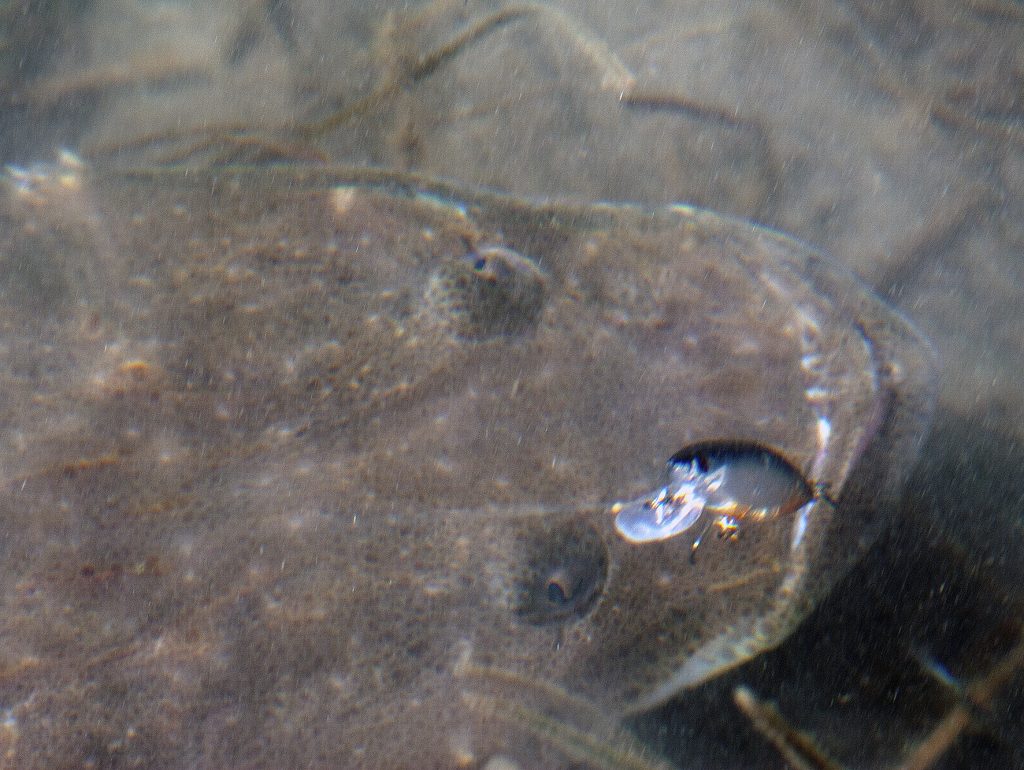 Big fish like this crocodile-sized flathead can easily damage a lure.

An out-of-tune lure will simply not perform properly and, in extreme cases, may refuse to swim, instead spinning, rolling and blowing or jumping out of the water at any sort of speed. More commonly it will lay over to one side when retrieved or trolled. And not dive as deeply as it should.

Most often, these ‘tuning’ issues are caused by a mis-alignment of the towing point and/or the bib, but things such as bent or distorted hooks and rings, missing hooks, oversized hardware and even damage to the lure’s body (particularly if that damage allows water to leak into a hollow-bodied lure) can all cause problems, and should always be checked for when a lure misbehaves.

Often, it’s possible to get a lure that isn’t too badly damaged swimming again by carefully tweaking the towing eyelet with a pair of long-nosed pliers. Basically, it’s a matter of watching the lure in the water and closely observing the direction in which it swims off track before rolling or losing stability, then bending the eyelet slightly in the opposite direction, before test swimming the lure again, re-adjusting it and so on until it’s perfect. Remember, tiny adjustments of much less than a millimetre can have quite dramatic results, especially on smaller minnows, so take it easy!

It’s also worth noting that there are scenarios in which a lure might be deliberately de-tuned to achieve a specific result, such as causing it to swim under the edge of a jetty, oyster rack, pontoon or overhanging snag. Bear this little trick in mind if you find yourself facing a particularly challenging piece of fish-holding structure.

Also, when trolling a pair of lines from a relatively small craft like a car-topper, kayak or canoe, it can sometimes be an advantage to run two lures that are marginally de-tuned in opposite directions, thus widening their effective spread in the water and reducing line-cross overs and tangles when manoeuvring.

If you’d like to see a short explainer video demonstrating exactly how to tune your hard-bodied lures, scan the QR code accompanying this column or go to my ‘Starlo Gets Reel’ channel on YouTube and look for the Two Minute Tip video on the subject.

Until next time, may your lures swim straight and your lines always be tight.

Back to Basics: Offshore trolling for dummies

by Steve ‘Starlo’ Starling • Trolling lures in offshore waters doesn’t have to be a matter of ‘drag it and hope.’ A few simple tricks can dramatically improve your strike rate, wherever you fish and […]

Back to Basics: Working with water temperature

by Steve ‘Starlo’ Starling • Water temperature can be a key factor that dictates where fish will be found and what ‘mood’ or activity level they’re likely to display. In other words, how ‘catch-able’ they […]