Hopefully for many of us, with COVID 19 restrictions beginning to lift, there are extra reasons to holiday locally, so you may want to dust off the cobwebs, get out the inland fishing gear, and head into the great outdoors.

For those of us in eastern Australia, the Murray-Darling Basin River system provides a huge portion of our eastern mainland population a chance to tangle with an incredibly unique selection of native freshwater fish species, culminating in the king of them all, the mighty Murray cod. 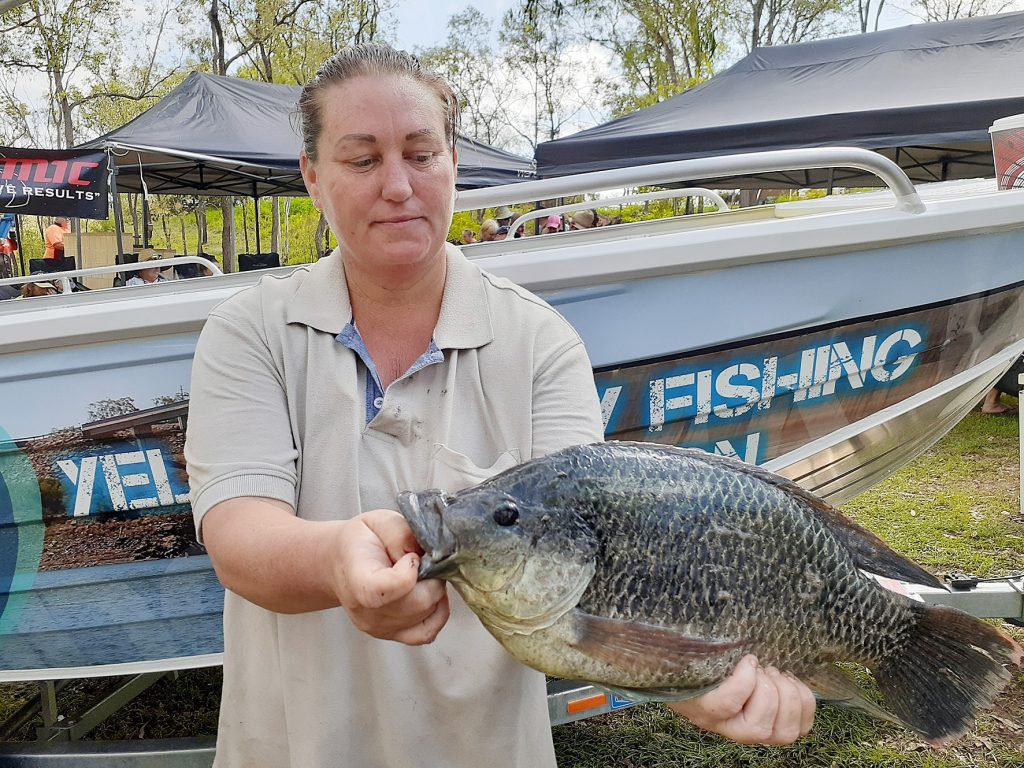 If tilapia find their way into the Murray Darling Basin then the eastern Australian freshwater fish would be greatly impacted. 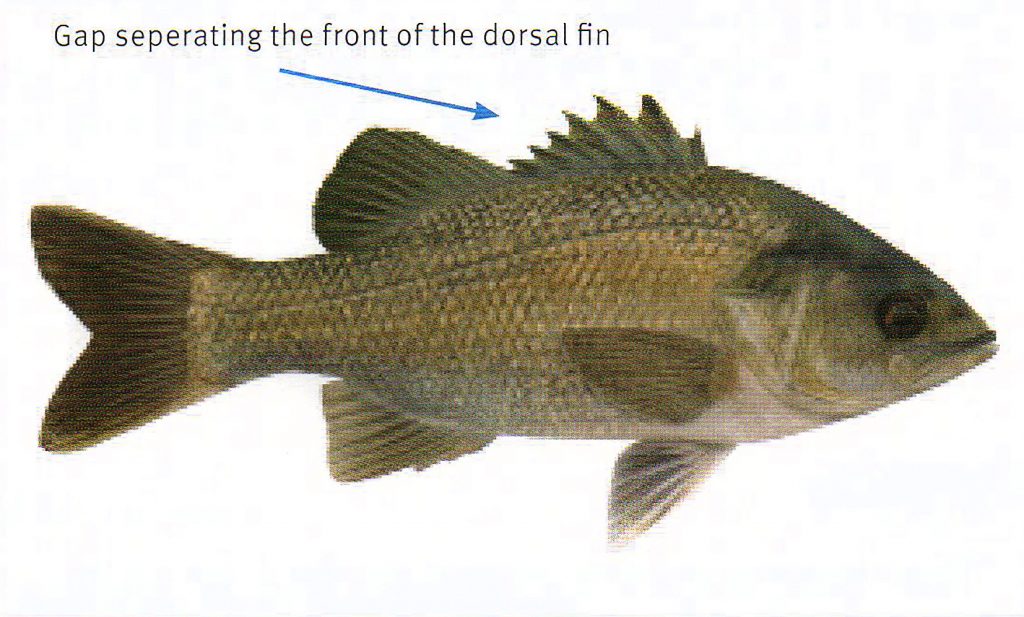 Fig.2. Unlike our native fish, such as bass, the dorsal fin is a continuous fin from front to rear on the tilapia. 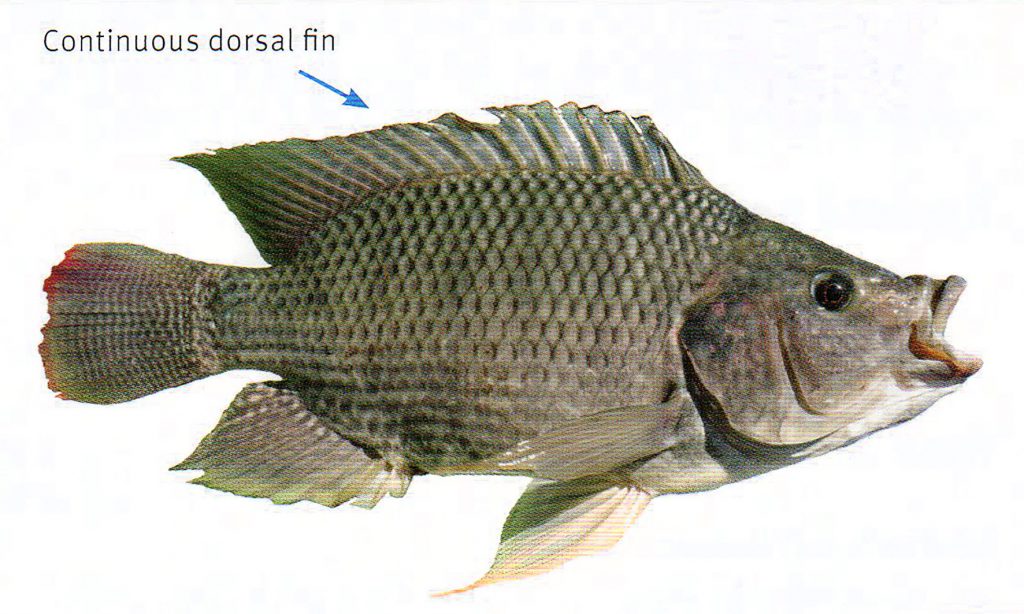 Fig.2. Unlike our native fish, the dorsal fin is a continuous fin from front to rear on the tilapia.

Of course there are other favourite targets as well. The golden perch, yellowbelly or callop, depending on what state you are from, are what many a junior or new fisher have gained their first freshwater native fishing experience. It’s perhaps here they discover that love of the slow moving waters with the overhanging red gums, sandy beaches or steep muddy banks, with a chance at tangling with one of these iconic freshwater fish species. We fishos in the slightly more mature age bracket still enjoy trying to outwit ‘old yella’ and we still sometimes get just as frustrated as a new chum.

But with all the hype and expectation, what else might lie beneath that slow moving turbid water? Indeed, is there water there in the first place?

Our Murray Darling Basin (MDB) is under threat from all sorts of pressures. Climate, drought, water allocations, land use change, resources being used for other than intended uses. These and other threats all mean our wonderful and unique river system is under pressure, but there is one lurking not far away that I would like to discuss further.

Considered one of the top 100 invasive pest species in the world, there is no argument on this score. In coastal Queensland we are rueing the day these fish found their way into some of our systems and, at the time of writing, it appears there is no magic bullet to eradicate this pest.

Now I would like to point out that currently the Murray-Darling Basin is thankfully free of the pest fish species tilapia. The Murray Darling Basin Authority continues to fund a public program to educate the community of the risk the tilapia pest poses and how to identify this villainous fish. Educational materials are available, and I will mention these later.

See Fig.1 for a list of Queensland catchments that are infested with the pest fish tilapia. If your geography is up to speed then you will notice none of these catchments are within the Murray Darling Basin, which is fantastic. However, those marked with * lie adjacent to the Queensland MDB. A couple of others lie very close, so the risk of physical transfer is still high, most likely through human actions.

This is a huge concern as all the catchments listed contain self-sustaining populations of tilapia pests; specifically the Mozambique mouth brooder (Oreochromis mossambicus). As mentioned earlier, on a global perspective this is a fish NOT to have infesting your waterways.

This fish is native to the African continent, from the lower Zambezi River, south towards the eastern Cape. A study of a world atlas indicates these latitudes sit pretty much in the southern Queensland and NSW areas. So, no wonder then it is thriving in the rivers it has invaded here.

This individual species of fish seems to prefer the slower moving parts of a river system. FishBase tells us that this tilapia species:

“Inhabits reservoirs, rivers, creeks, drains, swamps and tidal creeks; commonly over mud bottoms, often in well-vegetated areas. Also found in warm weedy pools of sluggish streams, canals, and ponds. Most common in blind estuaries and coastal lakes, but usually absent from permanently open estuaries and open sea and from fast-flowing waters. Normally not found at high altitudes. Able to survive extreme reduction of temporary water bodies. Highly euryhaline, that is it grows and reproduces in fresh, brackish and seawater.”

Tilapia are able to tolerate higher salinities than most native freshwater fish, even greater than seawater, low levels of dissolved oxygen, and when conditions become even more unfavourable, will stunt (sexually mature and breed at a smaller size than usual). It has been reported to estivate and survive living in mud when waterholes dry out.

Tilapia have all the negative impacts of European carp on native fish and also actively predate on the smaller native fish. Increased nutrients in the water from an increased tilapia biomass will reduce water quality and increase algal blooms, such as the toxic blue green algae.

Consequently, preventing tilapia from spreading into the Murray Darling Basin to protect our iconic native fish is a huge priority for all anglers. I am sincerely hoping all thinking anglers play their part to prevent the spread.

Fisheries authorities have already seen what pest fish species will do to native fish. Outside of Australia, this tilapia species has been implicated in the decline of native fish. For example, a small rainbow fish species in Papua New Guinea (PNG), particularly in Lake Wanam. The Lake Wanam fasciata (Chilatherina fasciata) was once common, but is now considered rare.

Within Australia, there is evidence that tilapia impacts the food resources of many of our smaller fish species. It also competes with the Tandanus catfish species for breeding space. Male tilapia are particularly aggressive when guarding the conical shaped breeding nests it constructs. In some cases, these nests have covered over 80% of the shallow water habitats. Tilapia make up most of the fish biomass in their native African habitats, this aggression and adaptability combined make this a species with potential to just out compete many of our fine native fish.

Hutchison et.al. (2011) suggests that perhaps native MDB fish species will be directly threatened by a population of tilapia being present in the same waters. Competition for food, space and breeding areas plus tilapia dominance of drought refuge waterholes by this pest fish species. Coupled with this, other smaller species are probably more threatened directly by the tilapia pest through predation. Other feeding habits of this species have been reported to actually promote blue-green algae blooms. As has been already experienced in other countries, reduction in biodiversity is not conducive to good recreational fishing.

The bottom line is – the pest tilapia is not a desirable fish species to have in any of our waterways. Should tilapia find their way into the Murray Darling Basin then the eastern Australian freshwater fishing enthusiast are probably in for a huge change in our native fishery, and the natural biodiversity. There will be nothing but detrimental effects. There are no positives. We already know what sort of impact pest fish, such as carp have had on the aquatic ecosystem and fishery. Let’s not stress the Murray Darling Basin further by allowing yet another high level invasive pest species encroach on our unique Murray Darling system.

How do we achieve this?

Most of you would have heard the old saying ‘prevention is better than a cure’. In the case of all pests and pest fish this is certainly the case.

The best way we as a community can help is to remain vigilant. Watch your local areas. If you can, take time to observe fish from the bank or boat. Do they look different? Learn how to identify tilapia from native fish. There is some material here. More can be found on the Queensland Department of Agriculture and Fisheries (DAF) website. NSW Primary Industries also have tilapia information. You can use the links and contacts listed below.

It is illegal to keep the Mozambique mouth brooder in some States and some other tilapia species. The DAF and DPIE Biosecurity websites has further information about tilapia as well as other pest fish species.

The female Mozambique mouth brooder keeps the eggs and juvenile fish in the mouth until the young are able to fend for themselves. This parental care provides a huge advantage for the fish. As mentioned earlier, under harsh environmental conditions, these fish will stunt, and mature at a much smaller than normal size, providing a huge advantage over other fish species when or if conditions improve.

WHAT TO DO IF YOU CATCH A TILAPIA

If you suspect you have caught a tilapia, particularly from within the Murray Darling Basin, then please report it to the appropriate state authority – do not wait. If you are within the Murray Darling Basin in any state, keep the fish and freeze it. Label it with the date and location caught and any other useful information. If you are unable to keep it and freeze it, then at least take a photograph for report accuracy.

Our freshwater fisheries contain unique fish assemblages found nowhere else in the world. Let’s do our collective best to keep it that way and stop the spread.

You can report a finding in Queensland at the DAF hotline on 132523; in Victoria call 13FISH (133474); SA call Fishwatch Hotline on 1800 065 522; and in NSW, Tasmania and Western Australia head to the Fisheries website for more information.

A day on the lake at wonderful Wyaralong Dam

by Bob Thornton • Whether you’re a tournament buff, a travelling fishaholic, or just a holiday angler, at some point you will find yourself fishing in unknown territory without any help. Chances are, if you’re […]

Do nature a favour, catch a cichlid

by Wayne Kampe • Cichlid is a strange word. Let’s try tilapia. Now we’re talking about a pest fish that seems to be in every South East Queensland waterway and many others north and south […]