Few barra anglers need to be reminded of the significance of Lake Proserpine, aka Peter Faust Dam. For over a decade, it has been a terrific draw card for those of us that are spell bound by these magnificent fish. Its reliability as a fishery has seen consistent catches, along with huge sizes of this spectacular fish.

That said, the lake’s boat ramp has always been a sticking point. It is a narrow single boat lane with a dodgy gradient that makes launching in the dark only possible for the thoroughly experienced and a headache for first timers.  The issue is caused by the level approach area dropping away into the never-never, with the ramp out of view from both the rear view and side mirrors of a vehicle until the slope becomes engaged. Also, there are nasty tyre-shredding rocks decorating the sides, so a misplaced wheel is a real issue if you misalign the approach. Remembrance of small shards of tyre tells this story. 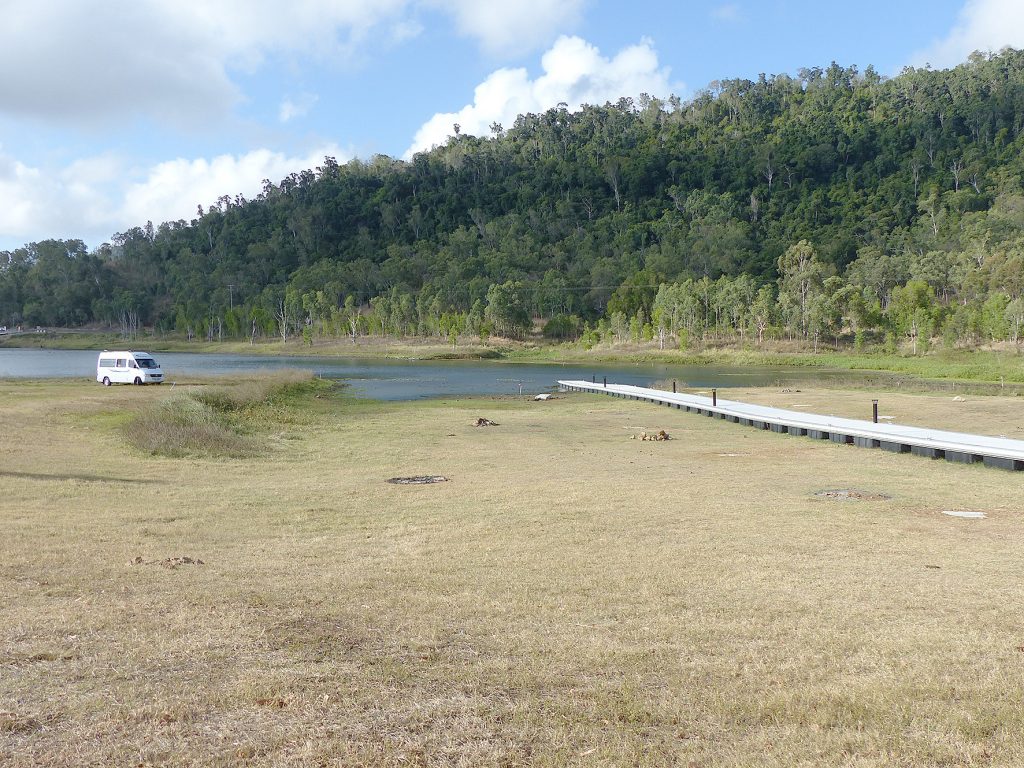 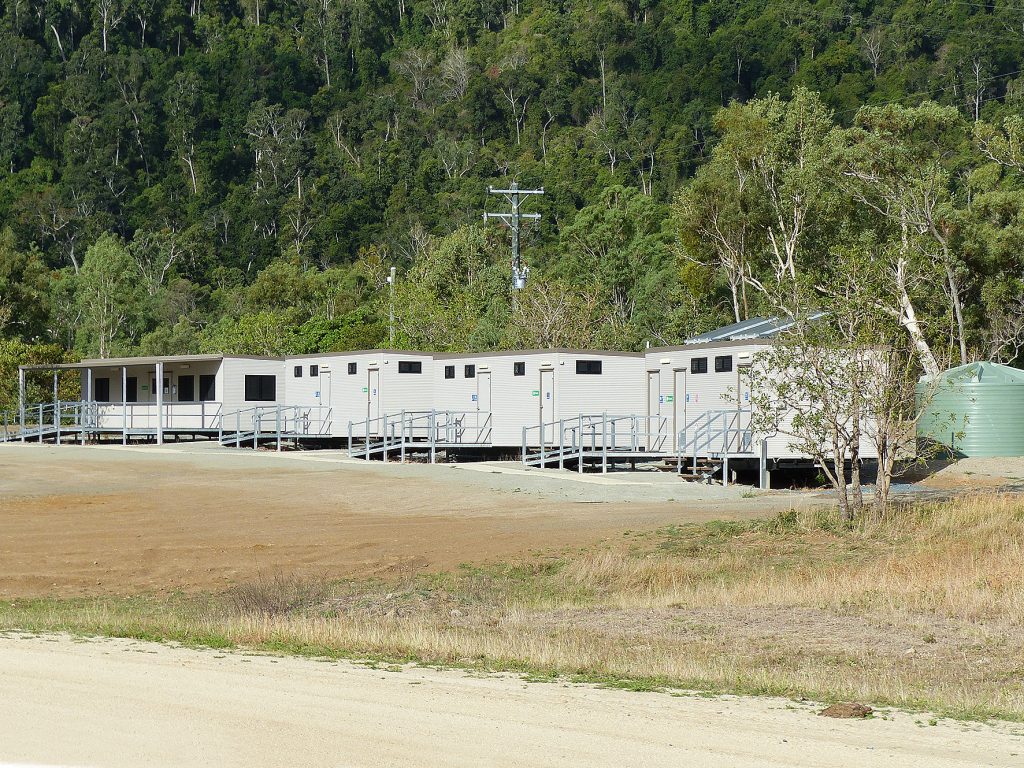 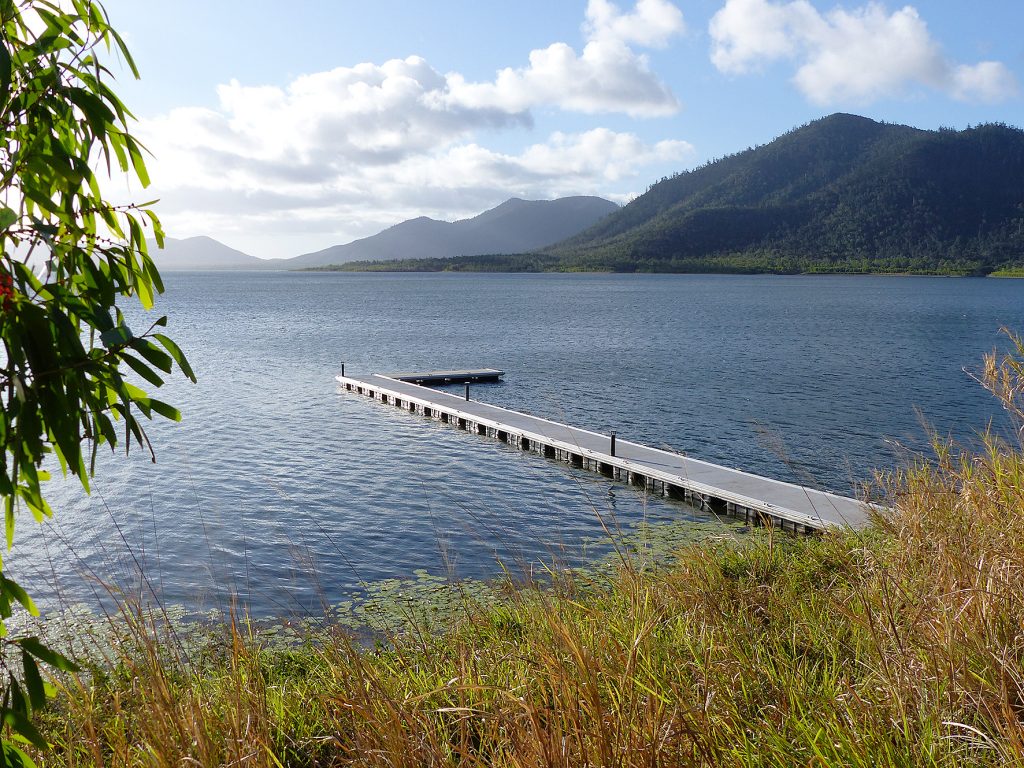 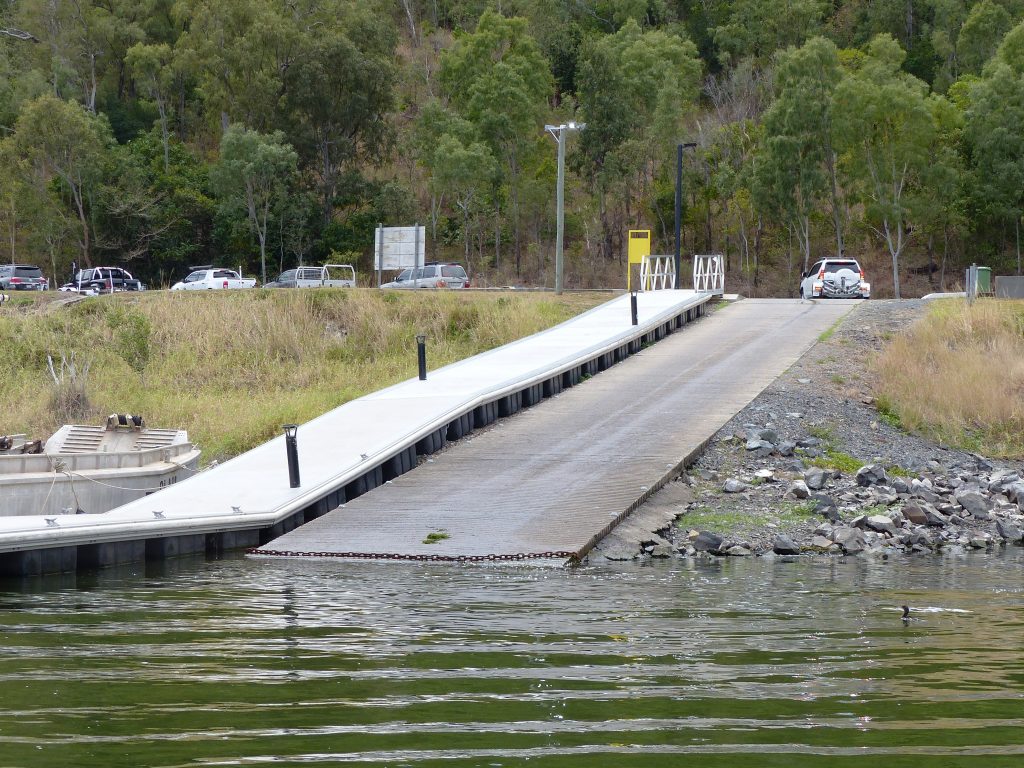 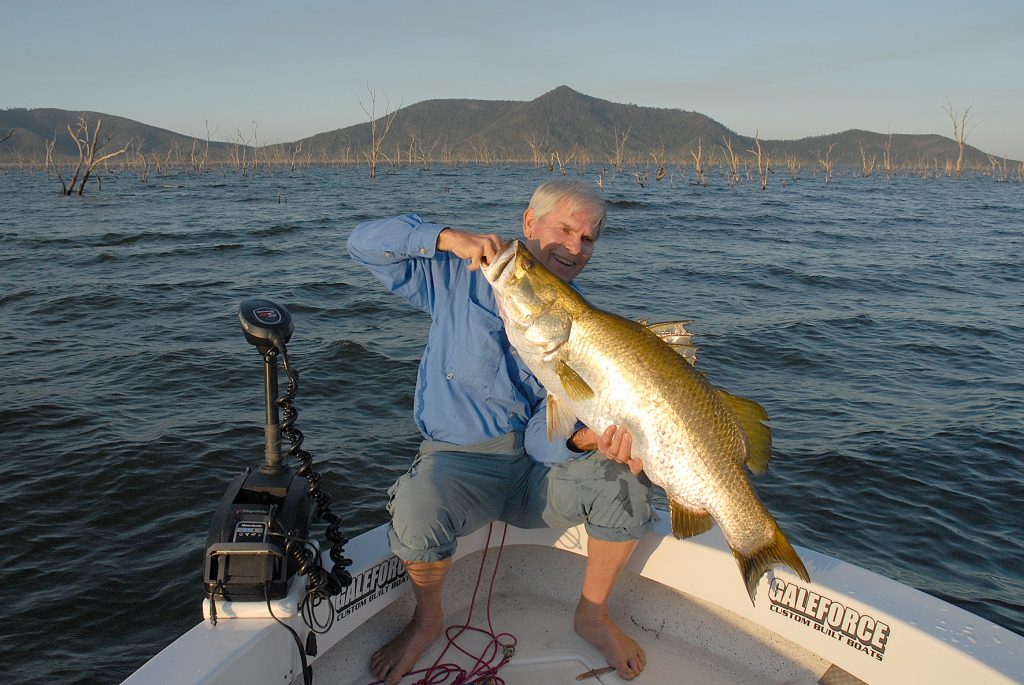 Apart from that small matter, Lake Proserpine is a beauty. It features great weed beds, hectares of standing timber adjoining small side creeks and bays. Out the back of the dam, the main riverbed of the Proserpine River is in a class of its own, especially for fly anglers as there’s a bit of room in which to swing the rod and play a fish to a standstill.

And there have been some significant upgrades: good has become even better! We can give credit to all of this to the Whitsunday Regional Council, which has upgraded a lot of lakeside infrastructure, including the ramp, picnic and shelter areas around the lake, provision of pontoons, plus the establishment of a very good camping ground not far from the main boat ramp.

Admittedly, the ramp’s gradient is unchanged, as is the width, but the southern side’s edges have been levelled extensively to cater for off course tyres. There’s also now a row of small solar lights set into each outer edge of the ramp to guide a trailer and car down in the dark. These changes alone are a big improvement.

A pontoon now graces the northern side of the ramp and extends past the ramp’s current launching area for some distance. The addition of the pontoon sees several benefits for boaters at the ramp. It shelters the ramp from the northerly winds, and prevents the boat being swept off the ramp in a stiff southerly blow. It also makes a fabulous place for shore-based anglers to score a fish of a lifetime!

No boat, no worry

In the event of the boat ramp pontoon being a bit busy, angler wise, there is also another one around the corner back towards the dam wall and this one is also a great place to fish. A parking area is provided, plus there’s a picnic table nearby as well.

The end of this pontoon, with its floating platform, currently rests upon quite deep water but it’s the weed beds along the base of the pontoon which will see most angler activity directed towards barra. On a recent trip there I scored a decent barra on fly which, unfortunately, was not recorded as the phones were back at base and rain was starting to fall big time. No matter, it was only a small fish of around the metre mark…

It was first kicked off last year and some areas were cleared with a sprinkling of occupants last October ,but this year it’s at full throttle with a host of people enjoying the facilities.

Driving around the campgrounds I saw plenty of room for all comers, whether they choose to stay in a caravan, swag, tent, or simply sleep in the car. Camp fires are allowed, dogs on leashes are kosher, there’s no checking in or out and in the fashion of many a good campground today, first in will be best dressed.

Well set up showers and ablution blocks are on hand and maintained daily to a high standard. Also, these very wide grounds feature lake frontage on their northern side so boats can be left in the water over night. There’s a boat ramp and an impressive pontoon extending out into the lake for people to tie a boat up to or cast for a fish.

In all, Peter Faust has a very impressive set up, which is sure to go ahead in leaps and bounds as word spreads of its convenience and user friendliness. In my view, a huge leap forward for Proserpine and its infrastructure and long over due.

by Dan Kaggelis • Many creek anglers shy away from fishing surface lures because of the misguided belief that it’s just too hard. In actual fact, surface fishing for species like mangrove jacks, barramundi and […]