The 589 Stacer Ocean Ranger Centre Cab Hard Top is not only impressive on the trailer or sitting in the water, it’s also a weapon when underway. The F115LB 4-stroke Yamaha outboard pulls the 589 Ocean Ranger out of the hole with so much ease it’s ridiculous. If you were to decide to go the extra mile and put on the maximum of a 135hp outboard, you would have plenty of extra power if you needed it. However, in my opinion the F115LB 4-stroke Yamaha outboard is enough.

While testing the boat there were a couple of times when I forgot that the motor was still revving at 700rpm as it was so quiet. Traveling at 8 knots it was approximately 2900rpm, and at near top speed it was traveling at 45 knots while pulling 5500rpm.

The 589 Ocean Ranger Centre Cab Hardtop was released at the 2018 Boat Show in Melbourne, and the EVO Advanced hull elicited an enthusiastic response from show-goers. Many of them told the exhibitor staff that they couldn’t wait to take one for a test drive.

On the test day there was a stiff southeast wind blowing across Woolooware and Botany Bay, and as I put the Ocean Ranger through its paces, I found the sharp entry point and the 20° deadrise gave a smooth ride. The reverse chine deflected the spray, giving us a ride that was both comfortable and dry as we crossed over the chop. 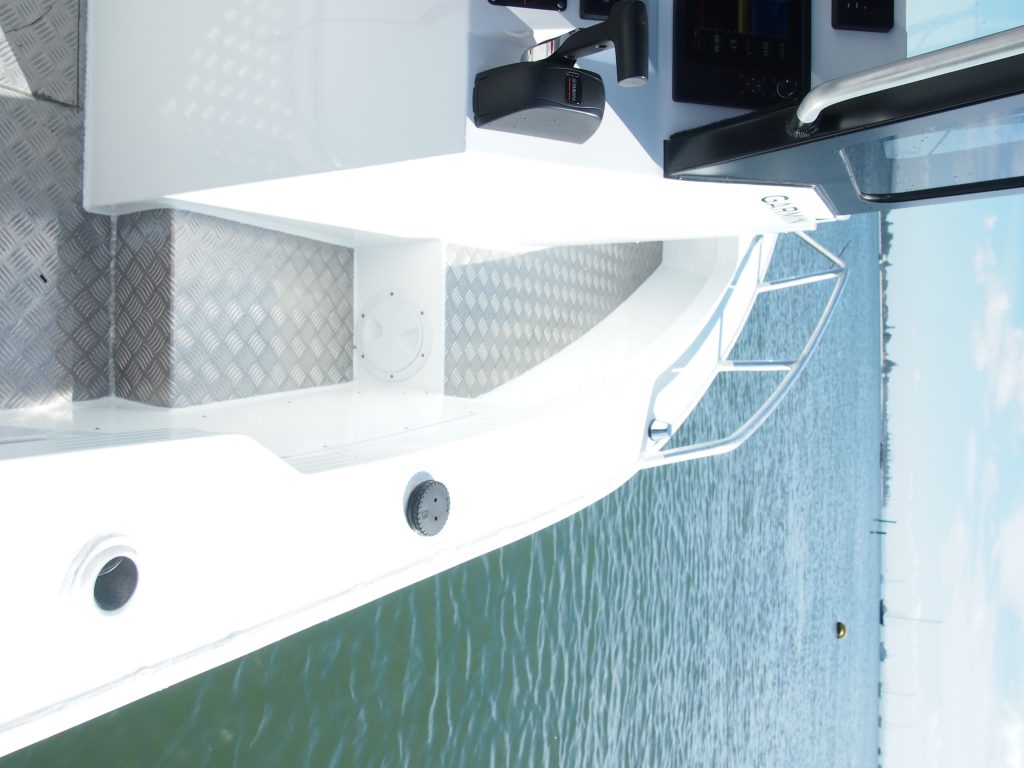 A couple of steps make it easy to get around the boat. 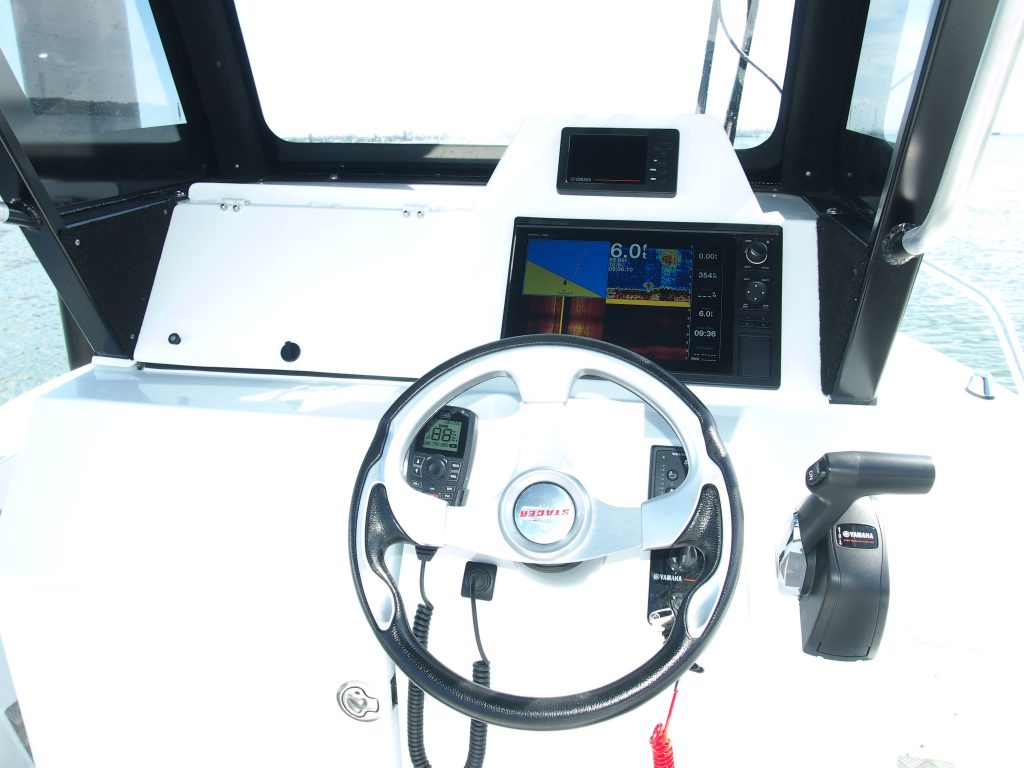 Even with the controls, 6YC digital Screen LAN gauge, the Garmin GPSmap 1222xsv chart plotter/sonar combo and the locked glove box you still have plenty of room to put a few more gadgets. 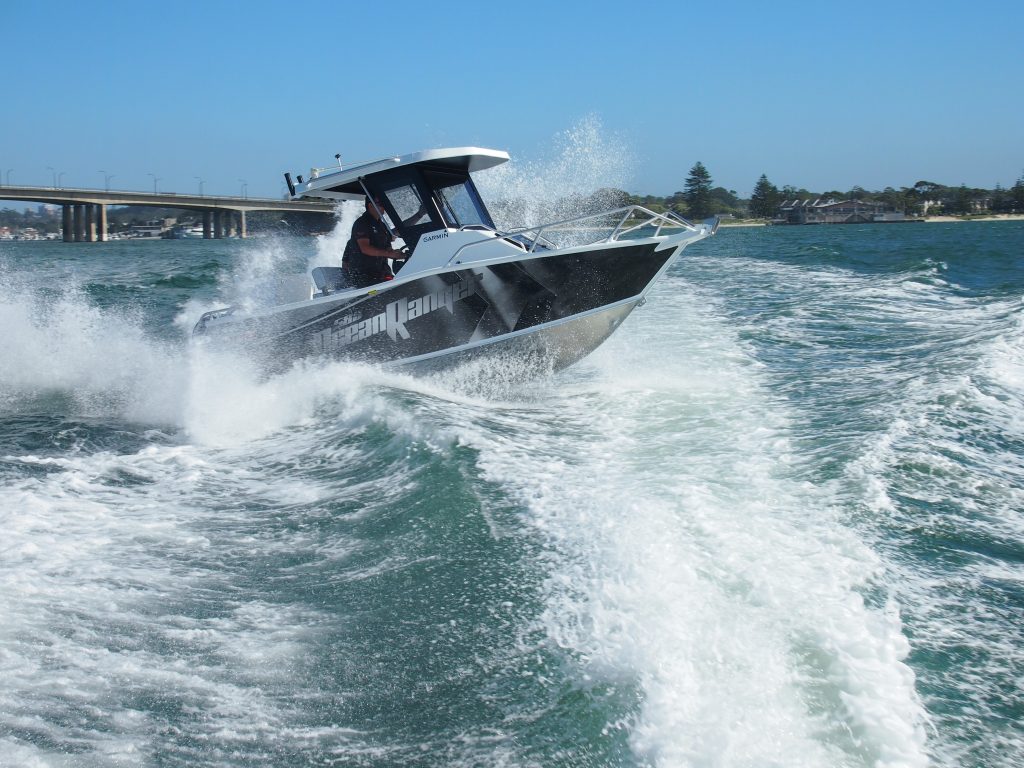 The Ocean Ranger punched through the waves with ease, while pushing the spray aside. 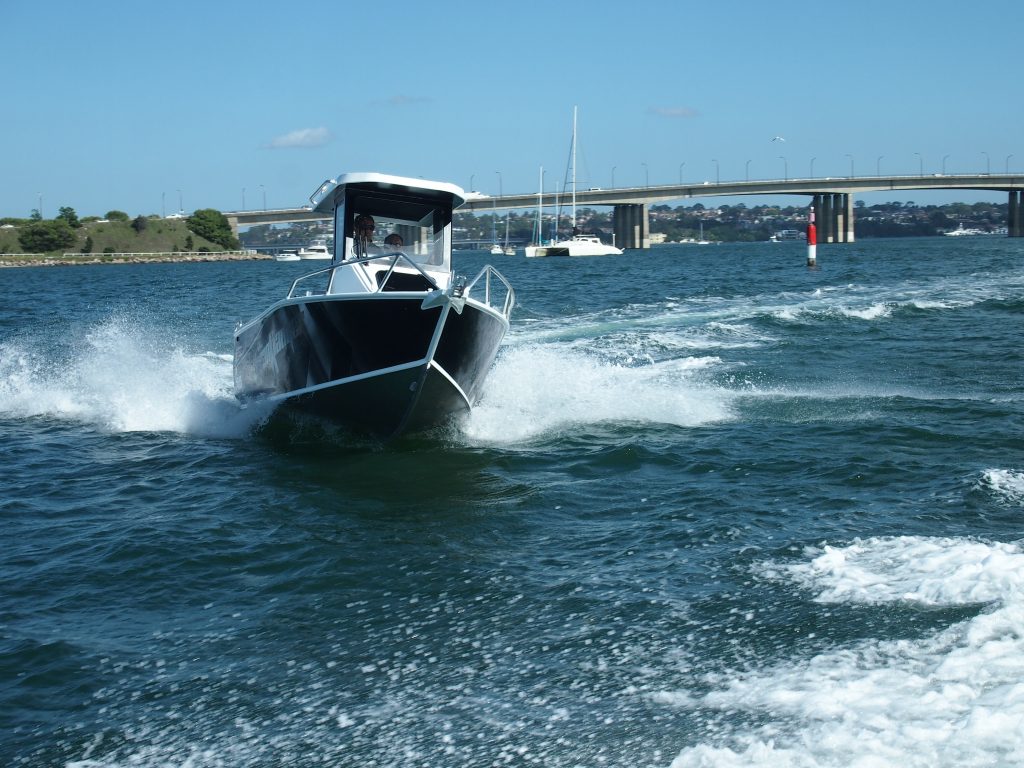 Here you can see the sleek lines of the sharp entry point, 20° deadrise, reverse chine and smooth rolled sides. 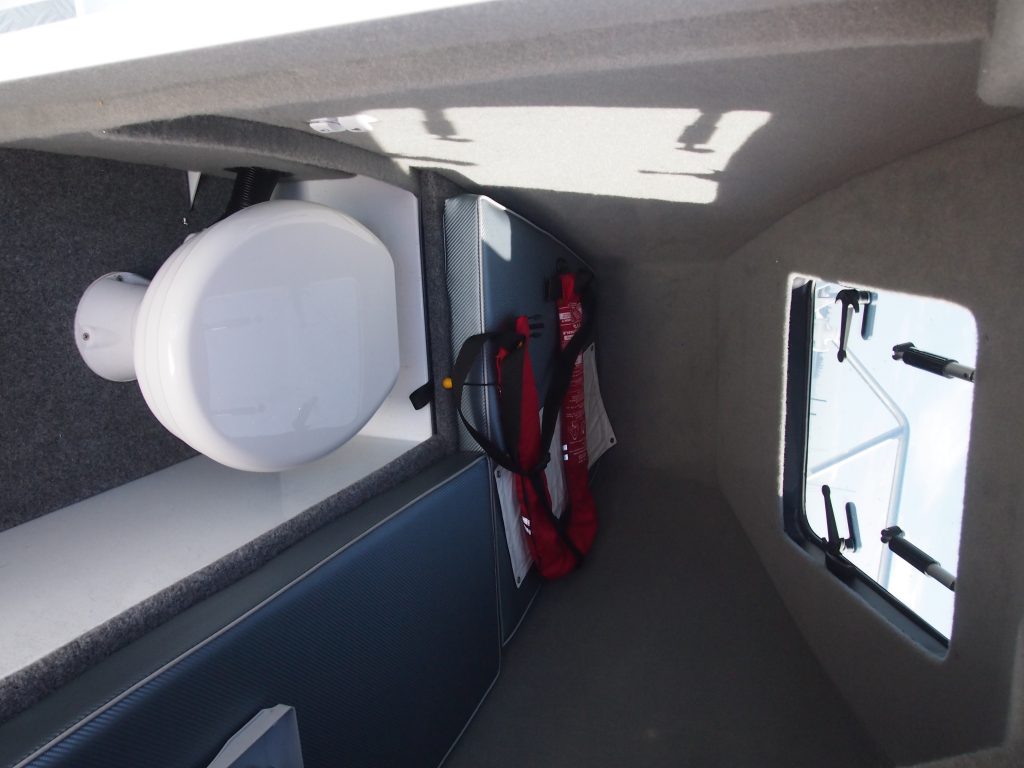 This rig came with its own toilet up front. The single bed also had plenty of storage room underneath. 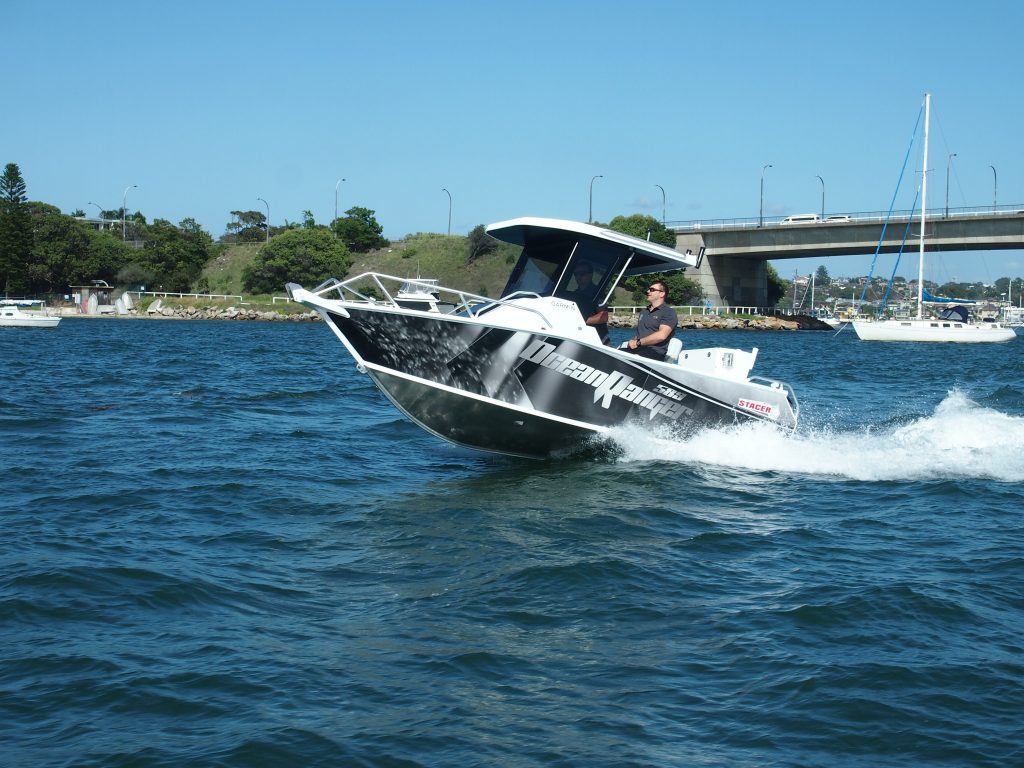 In less than 50m the 115hp 4-stroke Yamaha had the Ocean Ranger up on the plane with ease. Whether you are sitting or standing, you still have clear vision over the console. 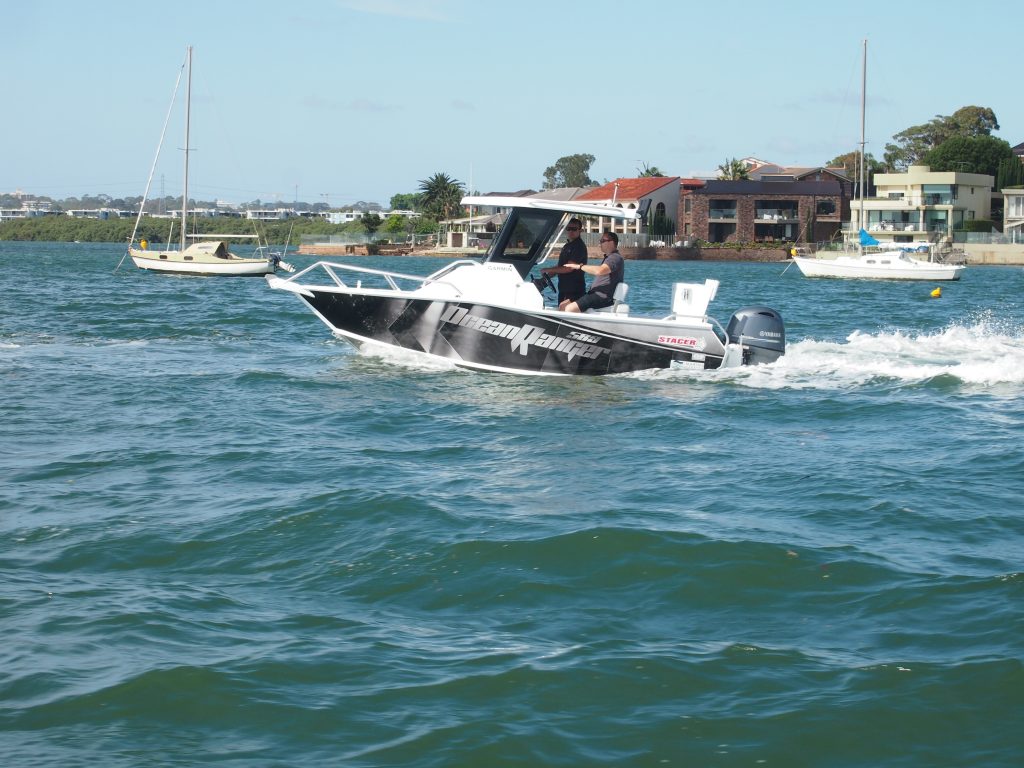 While travelling at 8 knots the 589 Ocean Ranger Centre Cab Hardtop doesn’t seem to push out too much wake. 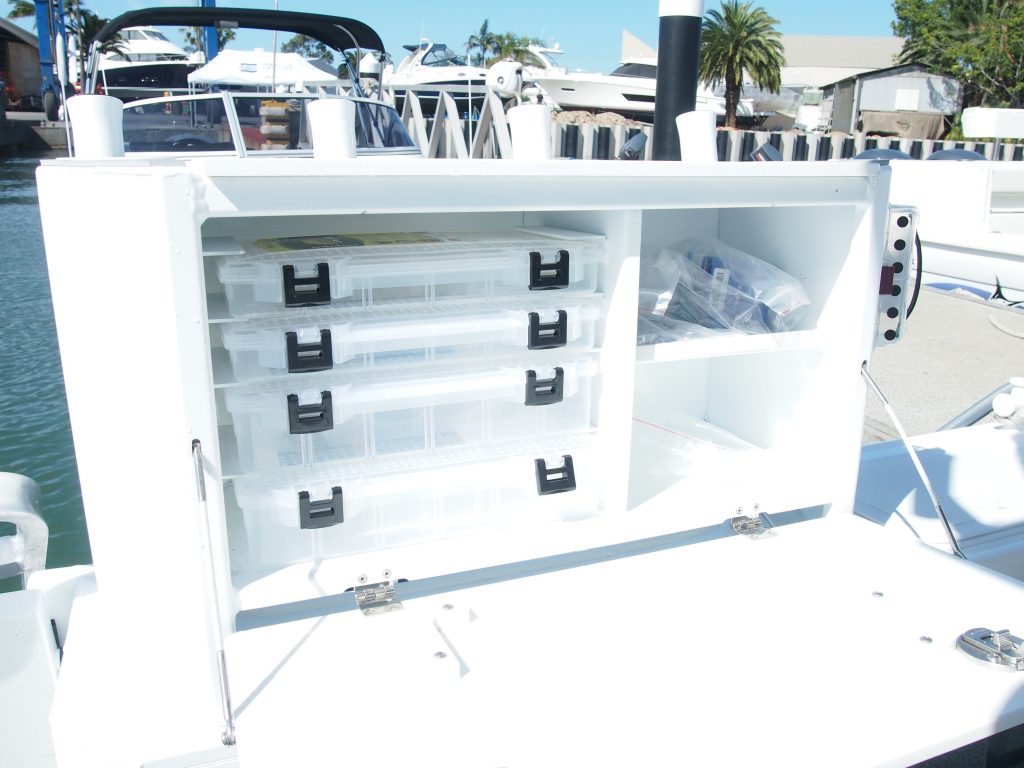 The rear bait board had a lockable tackle storage compartment, and four rod holders which could be easily washed down after a day’s fishing. 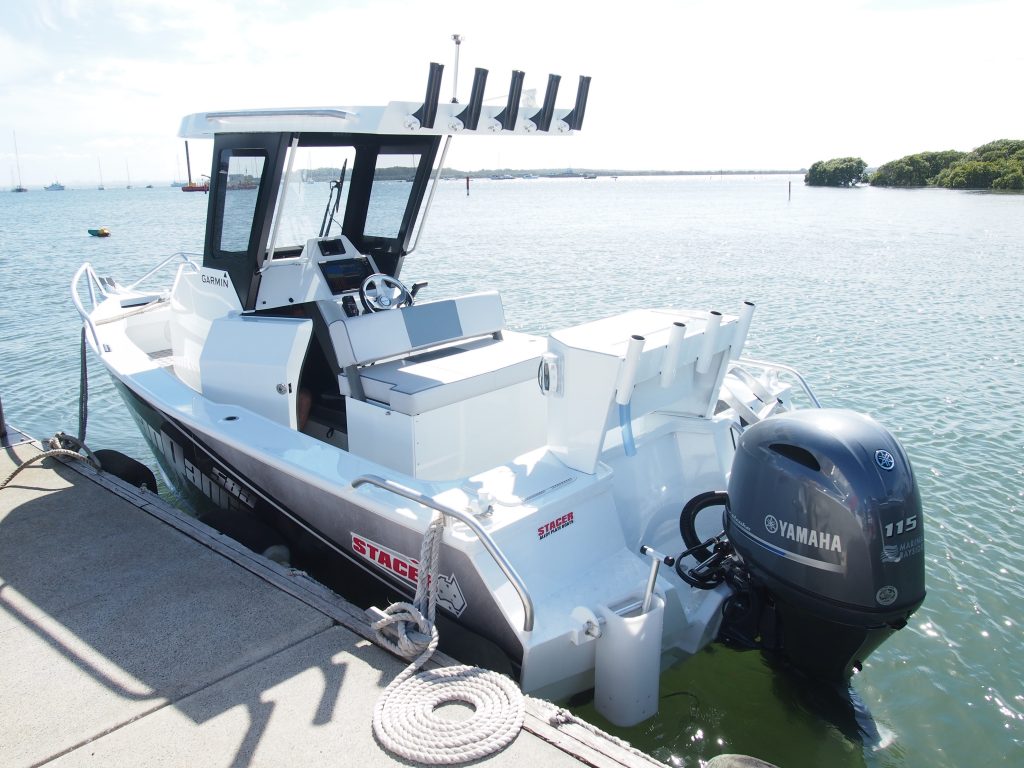 This rig would be very comfortable when fishing offshore, or when taking out family or friends for a day in the estuaries or lakes. The package comes with enough standard features and a few extras – all you need is some bait and your rods. 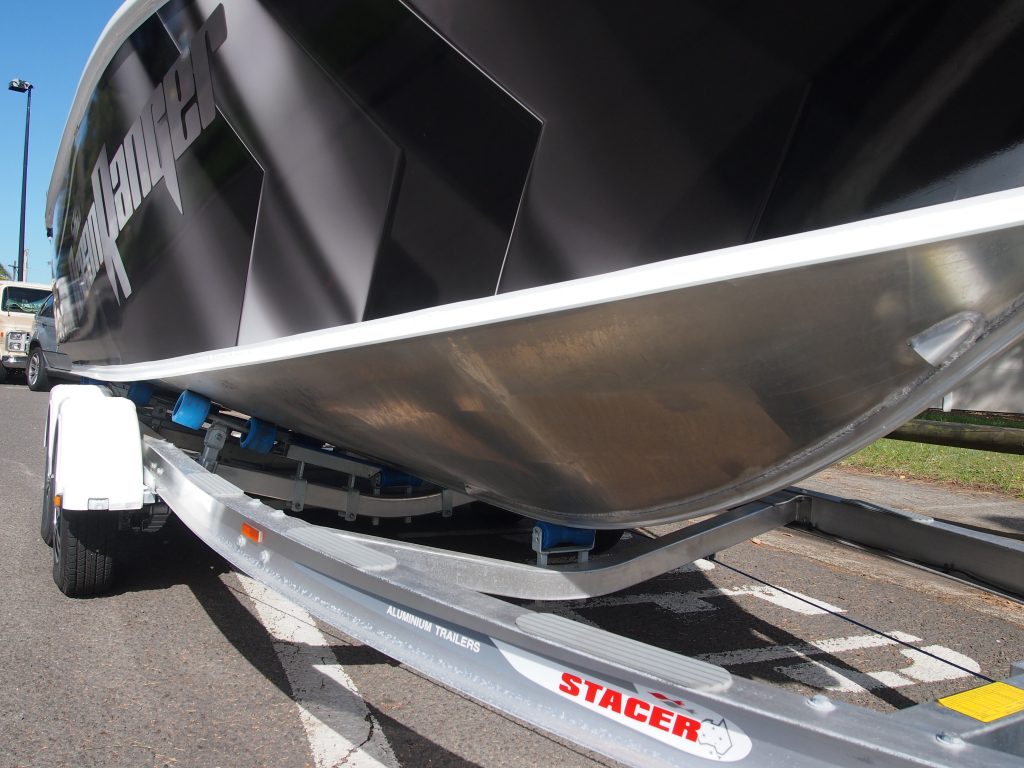 The combination of the sharp entry point, 20° deadrise, reverse chine and smooth rolled sides give you a smooth and dry ride. 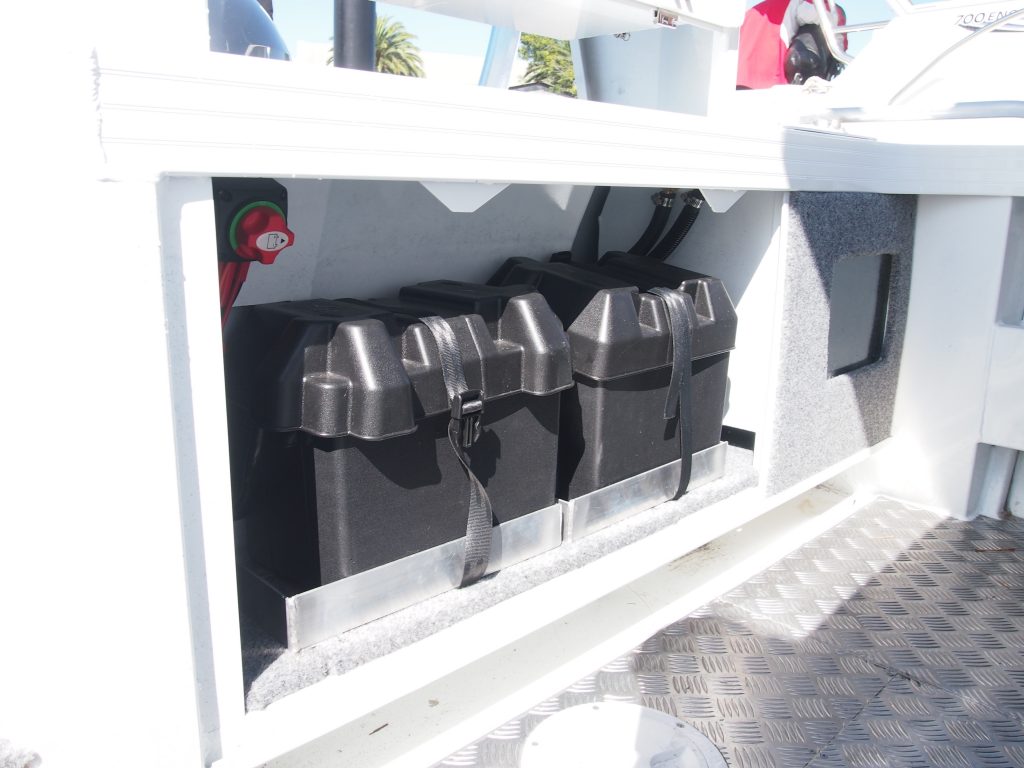 At the rear of the boat there was plenty of storage for two batteries, and the live well had a see-through front so you can keep an eye on your live baits. 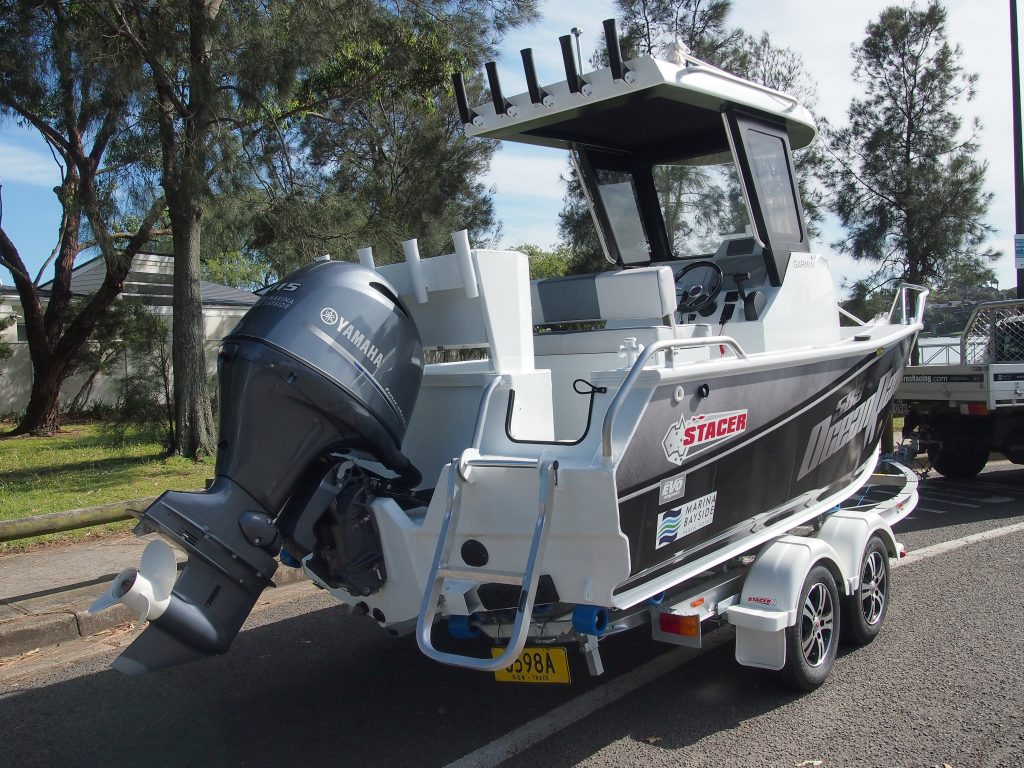 The fold-down aluminium ladder and the rear transom door will give you easy access into the boat, whether from the shore or on the water.

You can also find more information at www.marinabayside.com.au

by Steve Morgan • I’ll admit it, I had to Google Campion boats when this test was scheduled. I thought it was a Champion with a spelling error. But once I got sucked down the […]

by Steve Morgan • If you have a family and like fishing, you always seem to be confronted with a series of compromises. What may be the ideal fishing boat for dad may be totally […]