by Colby Lesko •
Last year produced some great freshwater fishing for a variety of species across Victoria. The humble English perch was no exception, with a number of large redfin caught from a variety of lakes, showing promising signs for a great 2016 season.

With much of Victoria covered in freshwater lakes and rivers holding populations of redfin, at some point in our angling career, chances are we’ve had a run in with a redfin or English perch. Commonly caught under 20cm and considered a bait thief or hindrance when targeting other species, redfin can grow in excess of 50cm in length and anything above 40cm provides great eating qualities and angling opportunity.

Redfin are an interesting fish and can be considered a pest species, as they prey upon native fish populations and small hatchery bred stocked fish such as trout and natives. On the other hand, they provide great recreational fishing for many as they are relatively easy to catch as a result of how widespread they are.

As a bonus, they bite throughout the day, are great eating and are completely self-sustaining without the need for fisheries bag limits or stocking.

Targeting redfin takes up the time of many anglers in Victoria and the last year has been a great time to do so. With the flooding rains of 2011 filling many freshwater lakes and flushing the rivers, the redfin have had a great few years of spawning and growth.

While the Ballarat district lakes such as Wendouree, Cairn Curran, Tullaroop, Newlyn, Moorabool, Fyans and Bostock have been exceptional for larger redfin, the state’s South West is more commonly known for big redfin, with lakes such as Wurdi Boluc, Aringa, Elingamite and Gillear producing great quality redfin. 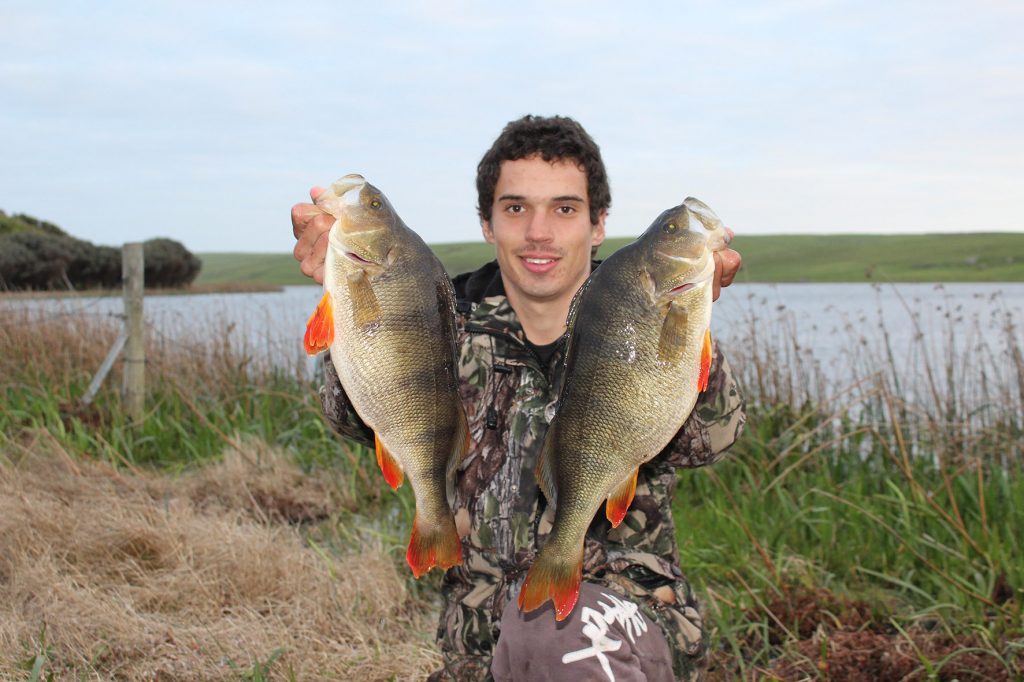 A great feed of Victorian redfin. Reddies go very well on the plate. 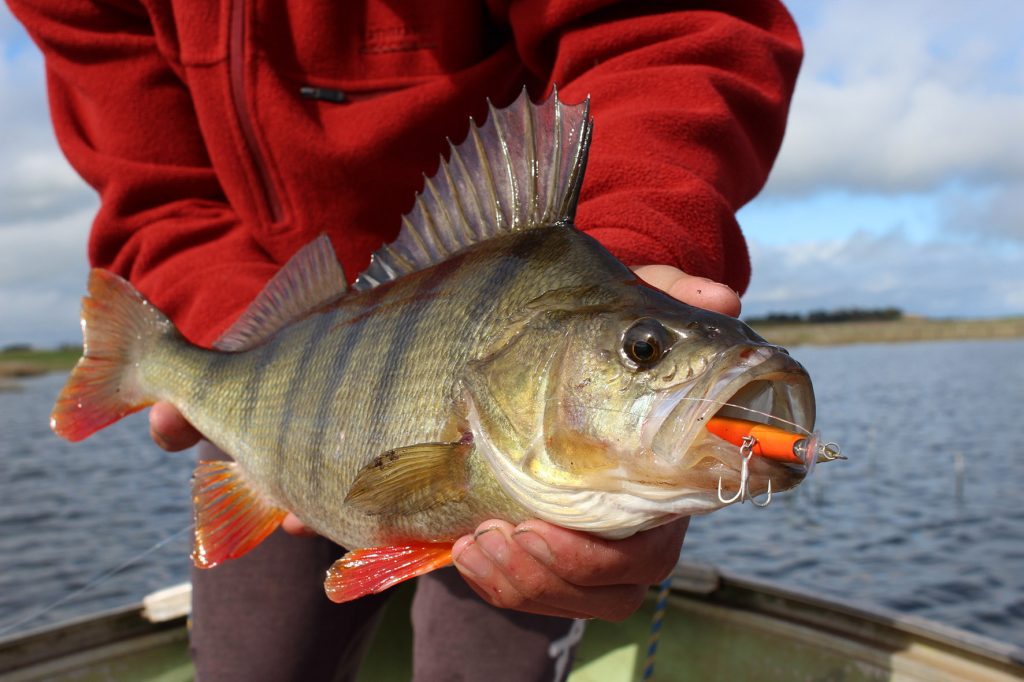 Big redfin have no problem taking big lures, so don’t be afraid to upsize! 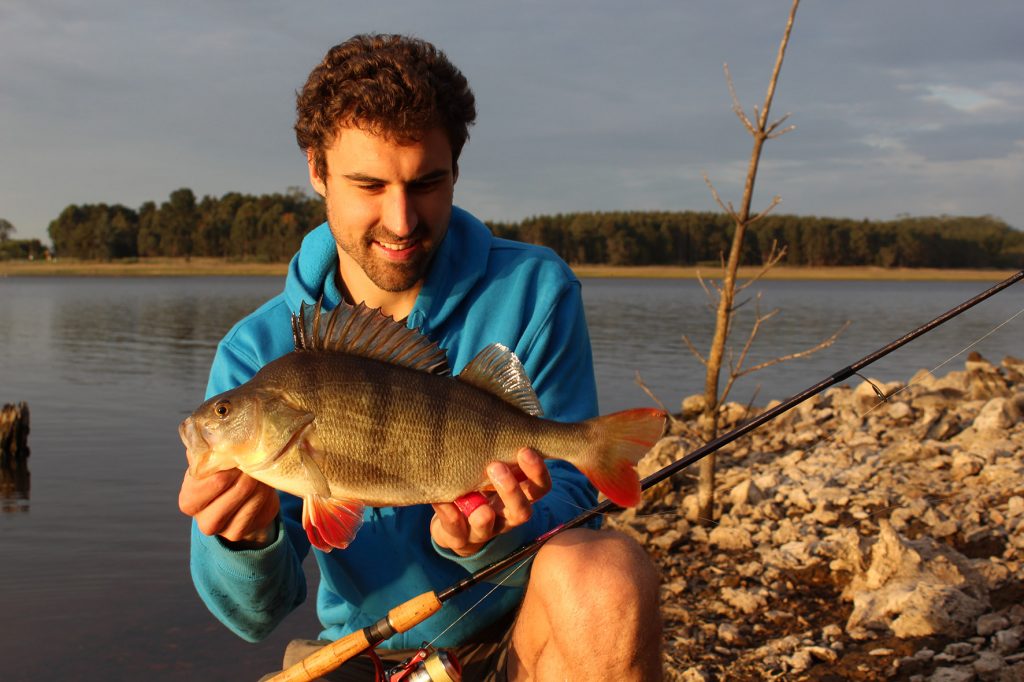 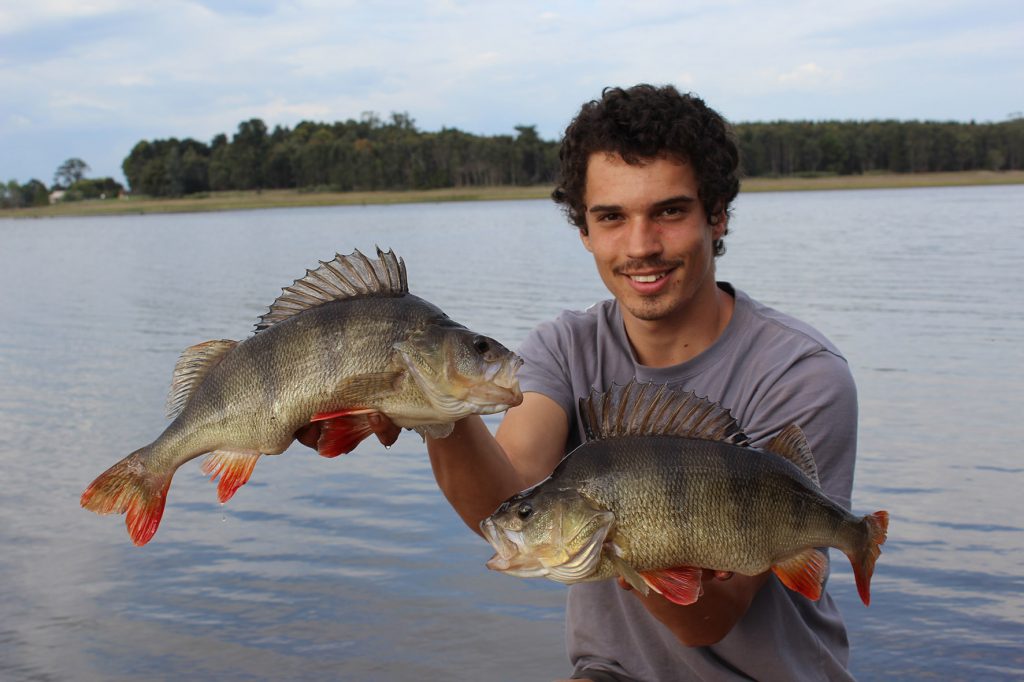 A great pair of 47cm redfin taken in a Victorian lake.

With a large number of fish exceeding the 40cm mark and a few caught over the magical 50cm mark, not only has it attracted those after some quality table fish, but also a number of keen freshwater fishers searching for that 50cm trophy fish.

Once the redfin are located, the fishing can become very hot with fish caught in quick succession. These attributes of the English perch make it a great species to target for those learning to fish or those trying to keep kids interested while fishing. Let’s face it, when we were kids it didn’t matter if the reddy was 10cm or 45cm, we just wanted to catch something. With the large number of 40cm sized fish and bigger, there is plenty to keep those hunting the bigger fish entertained. The bigger fish are more commonly found as single fish or in small schools.

Covering as much bank as possible seems to bring the best results for those fishing the bank, while trolling works great for the lakes that boating is permitted.

Targeting redfin can be approached in a variety of methods, whether it is drowning the humble garden worm or casting lures. With a number of lures deadly on redfin it can be a hard choice of what to fish with. I generally run with a rule of spinners, wobblers and shallow diving hardbodies in the shallow weedy areas, while soft plastics or vibes are deadly in the deeper water.

I tend to stick with lures that have a flash or shine such as gold and silver hardbodies or soft plastics with foil/glitter inserts in dirty water, as I believe the flash attracts redfin from a greater distance than a dull finished lure.

If the water is clear, natural colours appear to work best.

Worms or yabbies suspended under a float seem to bring the best results when baitfishing, however worms or minnows on a running sinker also account for a number of fish.

Redfin aren’t renowned to be the hardest fighting fish and a light spin outfit with, 6-10lb line will do the job perfectly. A 1-3 kg rod matched on a 1000-2500 spin reel, and you’re ready to battle with perch!

Last year was a great year for big reddies and with many lakes still holding water, there’s no reason the great fishing won’t continue into 2016, with hopefully a few fish growing to the 50cm mark. So whether it’s a trip with the kids or you’re off on a solo search for the big reddies, you’ll be in with a great chance.

by Brett Geddes • When you’re hopelessly addicted to catching fish, having a bad day on the water can leave you cranky and sulking for days. For all anglers there are times when fishing is […]

Calamari capers: in search of the kraken

by Jarrod Day • Just the other day I was reading through an old publication written by Lance Wedlick on fishing Western Port and Port Phillip bays back in the 1980s. Old titles always excite […]